A Story of the Abominable Snowman: Fiction or Fact?

The Long Walk is a book that was penned in 1956 by a man named Slavomir Rawicz. His book is a highly readable one. It is told in adventurous, captivating style, and tells of his dicey and daring escape – with various comrades – from a brutal Siberian prisoner of war camp as the Second World War raged, specifically in 1942. It’s a book that has a significant role to play in the matter of the Abominable Snowman, since Rawicz claimed that he and his fellow escapees encountered no less than two such creatures on the harsh snows, as they hit the road to freedom. Problematic, however, is the fact that a number of researchers have questioned the truthfulness of Rawicz’ account. It’s fascinating, it’s eye-opening and it’s almost jaw-dropping. But, is it real? That’s the big question. There’s no doubt that there are a few significant holes in the story, and specifically in regards to the months-long journey allegedly made from the POW camp to the Himalayas. As far as the Yeti encounter is concerned, we are, unfortunately, only able to take Rawicz at his word – or not, as the case may be.

Rawicz said of the encounter with the pair of extraordinary creatures: “The contours of the mountain temporarily hid them from view as we approached nearer, but when we halted on the edge of a bluff we found they were still there, twelve feet or so below us and about 100 yards away. Two points struck me immediately. They were enormous and they walked on their hind legs. The picture is clear in my mind, fixed there indelibly by a solid two hours of observation. We just could not believe what we saw at first, so we stayed to watch.” 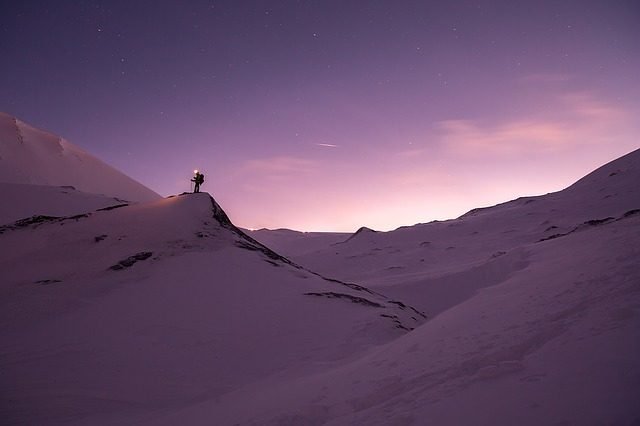 According to Rawicz, the beasts were around eight feet in height, one being slightly taller than the other, something which suggested to Rawicz that, possibly, one was male and the other female – although there is no indication he was able to determine their sex from their physical appearances, beyond the height issues. Rawicz said that one of the reasons why they stopped and watched the massive beasts was because they were on the very same “flattish shelf” that he and his fellow prisoners need to pass along. Clearly, there was some concern on Rawicz’ part about getting too close to them, preferring instead to watch them for a while, in hopes that they would finally shamble off and out of sight. There’s no doubt that while Rawicz and the rest of the group watched the creatures, they were watching him and his friends. On this matter, he said: “It was obvious they had seen us, and it was equally apparent they had no fear of us.”

Rawicz said that one of the prisoners, an American, commented that the animals had to be some kind of bear, and was certain that they would soon drop down to all-fours. Certainly, bears will stand on their hind limbs, and they will walk on them, too. That fashion of movement is definitely not their preferred one, however. As Rawicz was careful to note, however, the creatures never did drop onto four-limbs; they remained upright and moved around on their legs at all times. He then went on to describe the physical appearance of the animals: “Their faces I could not see in detail, but the heads were squarish and the ears must lie close to the skull because there was no projection from the silhouette against the snow. The shoulders sloped sharply down to a powerful chest. The arms were long and the wrists reached the level of the knees. Seen in profile, the back of the head was a straight line from the crown into the shoulders.” Whatever the creatures were, Rawicz was sure on one thing: “We decided unanimously that we were examining a type of creature of which we had no previous experience in the wild, in zoos or in literature.”

Rawicz considered the possibility of mistaken identity, but was forced to dismiss such an explanation, although he did make some interesting comments on the bear-like qualities of the animals: “It would have been easy to have seen them waddle off at a distance and dismissed them as either bear or big ape of the Orangutan species. At close range they defied facile description. There was something both of the bear and the ape about their general shape, but they could not be mistaken for either.” 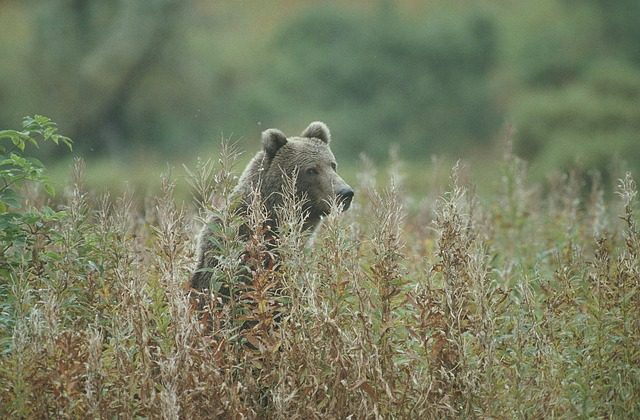 As for the coloring of the beasts, Rawicz said that the hair was a combination of brownish-red, grey, and a rust-like color. He explained: “They appeared to be covered by two distinct kinds of hair – the reddish hair which gave them the characteristic color forming a tight, close fur against the body, mingling with which were  slight greyish tinge as the light caught them.” The story then took on somewhat amusing tones, when Rawicz remarked on what the creatures were doing – which sounded like a loving couple out for a Sunday afternoon stroll in the hills. Maybe that’s exactly what it was! Rawicz said: “They were doing nothing but move around slowly together, occasionally stopping to look around them like people admiring a view. Their heads turned towards us now and again, but their interest in us seemed to be of the slightest.”

In conclusion, Rawicz began with a question and duly answered it: “What were they? For years they remained a mystery to me, but since recently I have read of scientific expeditions to discover the Abominable Snowman of the Himalayas and studied descriptions of the creature by native hillmen, I believe that on that day we may have encountered two of the animals. I do insist, however, that recent estimates of their height as about 5 feet must be wrong. The minimum height of a well-grown specimen must be around seven feet.” Today, Slavomir Rawicz’ The Long Walk remains as controversial as it was decades ago.

The Strange Mystery of the Sonora Aero Club