Despite the “Storm Area 51” event being cancelled, Air Force leaders are still taking the threat seriously and have again warned the public not to go to the base in an attempt to find answers about UFOs and aliens.

“All joking aside, we’re taking it very seriously,” said Goldfein, adding, “Our nation has secrets, and those secrets deserve to be protected.” A smirk did appear on his face when a reporter asked him if one of those secrets needing protection has to do with aliens. Not surprising, Goldfein avoided the question by making reference to an incident that happened in 2015 when multi-billionaire Richard Branson flew a UFO-shaped balloon over London. He then made a joking reference to a movie by saying, “I’m actually looking for the very small airman I can put in the ET uniform”.

The Air Force is not taking any chances as they are taking extra precautions for September 20th when the event was originally scheduled to take place. Donovan said that he had been briefed by the Air Force’s operations division and that the base will have extra security personnel and barricades, in addition to working closely with local law enforcement and other agencies within the government.

There have already been attempts to get near Area 51, as just last week, two Dutch citizens were arrested for trespassing. It’s no wonder that the Air Force is on extra alert this week.

The only aircrafts that will be permitted to enter the restricted airspace are the ones working with the U.S. Energy Department or emergency flights that have received special permission from federal authorities. 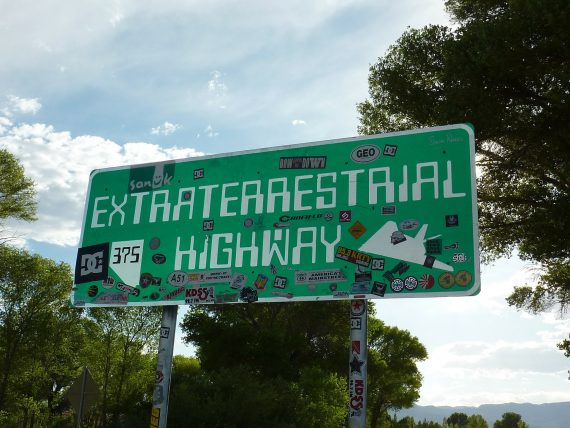 There are still a few alien-themed events taking place this week, such as the “Area 51 Celebration” in Las Vegas on September 19th; the “Storm Area 51 Basecamp” in Hiko on September 20-21; and several musical talents and comedians are scheduled to perform at the Little A’Le’Inn motel in Rachel on September 19-21.

People are nervous though, as both the Nye and Lincoln Counties have declared states of emergency because of the upcoming events.