Within the world of cryptozoology, that is the study of undiscovered creatures or those that supposedly went extinct long ago but still exist, there are often those cases where the modern sightings of mystery beasts become interwoven within the legends and lore of the indigenous people. After all, many creatures that we know of have a basis in such legends, and there are numerous instances of myths being based on a grain of truth. Going far back into the mists of time we can often ascertain some piece of lore that corresponds to a modern day cryptozoological phenomenon, and one such case is the bloodthirsty bat god of the Mayan empire, a spooky tale which may have implications into modern day winged humanoid sightings.

Found within ancient Mesoamerican mythology and the cult beliefs of the Zapotec Indians of Oaxaca, Mexico, is the tale of the great deity called Camazotz, or literally “Death Bat” in the native Kʼiche’ Mayan language of Guatemala. Mentioned in the Mayan book called Popol Vuh, it was said to be a monstrous, massive abomination fusing the features of a bat and a man, which dwelled in a cave lair called Zotzilaha or “House of Bats,” often armed with a sacrificial dagger. This frightening bat god was supposedly greatly feared by the Mayans, who are said to have made frequent sacrifices to it, the Camazotz said to kill these offerings or indeed anyone foolish enough to wander into its domain by decapitation with its knife-like nose, after which it would devour the blood. The lore describes the lair as having walls covered with the blood of the fallen, and it was even described as one of the four animal demons that once destroyed mankind in the Mayan legends, and is also said to be the one who taught us how to use fire. 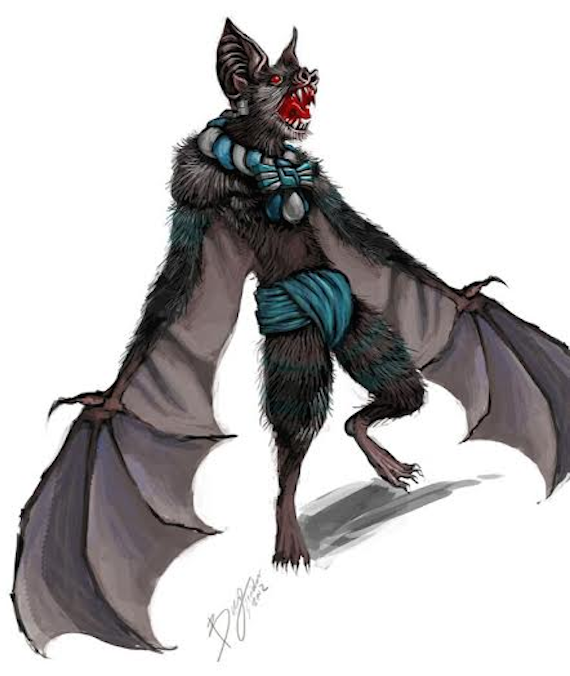 One of the most well-known legends associated with Camazotz is the trials of the Mayan heroes Hunahpu and Xbalanque, who ventured deep into the underworld and found themselves in the Zotzilaha. The story goes that the bloodthirsty Camatzotz descended to decapitate Hunahpu and keep the head in order to play ball games with, leaving his brother to cower within his own blowgun until dawn came and forced the demon to retreat. Camazotz has featured in Mayan art and stories for centuries, and there has long been debate on whether this tale of a murderous man bat could have any basis in reality in some form.

One idea among cryptozoologists is that the mad bat god is perhaps based on a real creature, perhaps some sort of outsized prehistoric species of bat that still existed at the time and perhaps even into modern times. There has been some evidence for this in a variety of eyewitness reports over the years of what are described as giant bat-like creatures in the regions where Camazotz was worshiped and beyond. In 1947 a witness called J. Harrison purportedly sighted several massive giant bats in the region, and in the 1950s a Brazilian couple encountered what was described as a humanoid bat in northern Brazil. In more recent years there was a frightening encounter in southern Texas on the border of Mexico, where a farmer claimed to have seen aggressive, bat-like creatures with three toes, bald heads, and “gorilla-like faces.”

More recently there was a report from 2004, from the area of Valles de la Silla, in the municipality of Guadalupe, an eastern suburb of Monterrey, Mexico. On January 16th of that year, police officer Leonardo Samaniego Gallegos was on patrol when he allegedly saw something very large and black descend from a tree to hover over the ground. As the wary officer approached he could see that it was a winged humanoid covered with black fur, and it reportedly lunged at the car to grab and shake it, after which it started banging on his windshield as the frightened policeman radioed for help. In a panic he would allegedly gun the car in reverse, crashing into a tree and getting knocked unconscious. When help arrived the creature was gone. 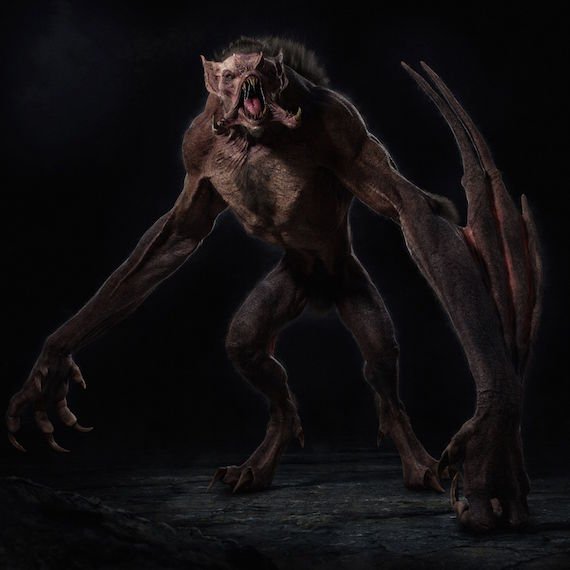 In 2009 there was report from a rural area in Chihuahua, northern Mexico, where in the town of La Junta a young man came across something crouched down and hunched over in the middle of a remote dirt road. When the frightened man drove closer, the thing stood up to reveal a humanoid creature with expansive wings and red glowing eyes. The terrified witness tore away in his vehicle, and claims that the creature chased him for a full 15 minutes before flying off into the night. The sighting would be heavily circulated in the local news and be blamed for a series of mysterious cattle mutilations.

Such sightings have been speculated to be possible sightings of a type of ancient bat known as Desmodus Draculae, or commonly known as the giant vampire bat, known from fossils discovered in the Yucatan, Belize, northern Brazil, Venezuela, and Argentina. The species is notable for being much larger than modern vampire bat species, and although it supposedly went extinct in the Late Pleistocene and Late Holocene it is thought to have perhaps survived long enough to have inspired the tales of the ravenous bat god Camazotz and even to be behind the modern sightings of giant bat like creatures in these regions of Central and South America, although D. Draculae would still not have been anywhere near the sizes reported for any of these creatures. Yet another idea is that these sightings, and the legend of Camazotz, could be from other large species of known bats or even not bats at all, but surviving pterosaurs.

Could the myths of the Bat God Camazotz have been based on some sort of large prehistoric bat or pterosaur, and are these also connected to modern sightings of such creatures? Was this creature of myth perhaps based on some very real monster within that cave? It is hard to say, but there certainly seems to be a connection between legend and mysterious creatures, and it is not uncommon at all in cryptozoology to find supposedly real monsters that have also been depicted in the myths and folklore of the local people. In the end the stories of the bat god of the Mayans offer a glimpse into perhaps a real cryptozoological oddity, and the stories of winged humanoids of the region may have some basis in these legends, whatever that may be.