Astronomer Claims New Interstellar Object Could Be an Alien Spacecraft

"We can't rule out that this is an interstellar probe. If we get a closeup look, we may well see it has a metal exterior with portholes and little green faces looking out at us.”

Well, that didn’t take long. Just a week after astronomers announced the discovery of the second known space object from outside our solar system, one of them put his telescope on the line and speculated that it could actually be an alien spacecraft. The astronomer is Dr. Seth Shostak, whom you may know better as the host of the long-running weekly science radio show and podcast Big Picture Science, which comes from the SETI Institute where Shostak is a Senior Astronomer. He’s also a frequent guest on many talk shows. Speaking to The Sun about C/2019 Q4, he proposed that we don’t know much about the space object yet and a closer look – by telescope or a possible probe – could reveal that it’s a ship from another planet, although he warned those worried about an invasion that “I would bet next month's pay cheque this is a comet."

“Avi Loeb, the head of the Harvard Astronomy Department, wrote an ingenious research paper in which he argued that it was possible that – just as in Arthur C. Clarke’s 1973 story “Rendezvous with Rama” – ‘Oumuamua was man-made. Or rather, alien-made. One of the arguments Loeb offered to bolster this idea was that the chances of a randomly expelled comet accurately targeting the center regions of our Solar System were about the same as you winning next month’s Powerball jackpot. So either there were gazillions of interstellar comets peppering space, or this one was deliberately aimed our way – possibly by a crew within, keen on paying us a visit.” 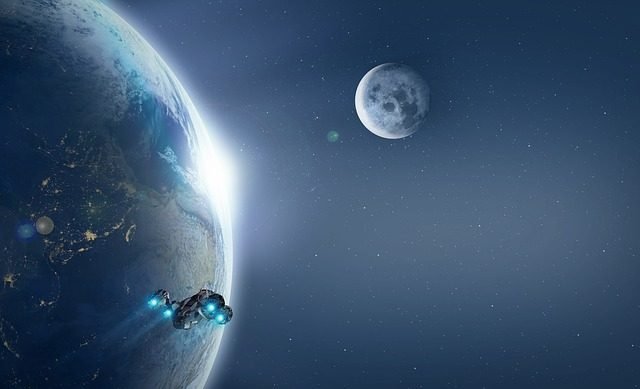 In his post about C/2019 Q4 on the SETI website, Shostak defended fellow astronomer Avi Loeb, who weathered a lot of criticism for his own speculations that ‘Oumuamua - the cigar-shaped interstellar object which was only detected on its way out two years ago and still hasn’t been convincingly identified – was a spacecraft that might be manned by robots and AI so it couldn’t show conventional life signs or was long-ago abandoned and built up a crust of space debris that covered its metallic exterior. He then compared the two objects.

“Well, C/2019 Q4 (Borisov) also seems to be an interstellar traveler. Like ‘Oumuamua, it too apparently has a hyperbolic trajectory. So that would make two such visitors in two years – suggesting that, well, there really are gazillions of these things sailing silently through space. That’s obviously a less appealing conclusion than learning that some of these comets are not hunks of rock and ice but someone’s interstellar rockets. That’s still possible, although the chances seem smaller now.”

Shostak again doesn’t rule out the possibility that C/2019 Q4, discovered by astronomer Gennady Borisov, is a ship filled with life forms from another planet. Fortunately C/2019 Q4 was detected on its way into our solar system and it will be observable for at least a year. That’s plenty of time to train many telescopes on it, but is there enough time and technological know-how (and money) to send a probe to inspect it close up?

“It starts with NASA’s Double Asteroid Redirection Test (DART). A half-ton chunk of metal will launch in July 2021 and make its way toward 65803 Didymos, a binary asteroid (made up of one big asteroid orbited by a smaller “moonlet”). After 16 months, DART will arrive at Didymos and crash into the moonlet at more than 14,700 miles per hour.”

It was just announced this week that NASA and the ESA will begin joint efforts to crash a probe into an asteroid to determine of it’s possible to deflect or destroy a space object on a potential collision course with Earth. The timetable announced for the first one seems to answer the C/2019 Q4 question – there’s not enough time to send a probe to inspect it.

Would the answer be different – and the money, equipment and manpower be suddenly available – if astronomers could confirm that C/2019 Q4 has a good chance of being an interstellar spaceship?

You probably shouldn't bet your paycheck on that one either.