Bigfoot May Have Scared Driver Off Road in Kalamazoo, Michigan

If Fox Mulder was based in Kalamazoo, he’d need a second poster just for Michigan that reads: “I Want To Believe … in Bigfoot!”

“About 8:30 this morning I was driving down 131 almost to the D Ave exit going north when I seen maybe a half a dozen cars and 1 semi pulled over just barely on the offramp and everyone was out of their cars with their phones looking at an animal that just crossed the highway.”

OK, that alone doesn’t constitute a Bigfoot sighting … yet … but it does bear (no pun intended) a closer look since this is Michigan, the state that ranks #4 on the latest ranking of states by their Bigfoot sightings. Not only that, it’s a state filled with so many big, hairy animals that Michigan residents rarely pull off the road en masse to look at one. However, that’s what Kelly Werner Lonsbury reported seeing in Kalamazoo on Facebook on September 9th.

“I was getting off of the D Ave exit shortly after that and there were 3 fire trucks and an ambulance on the right side of the ramp. They were pulling a car out of the ditch on the right side.”

A commenter on Kelly’s post added this information about a car being pulled out of a ditch. Hmm. Again, this is Michigan. Cars run off the road all the time and this was morning rush hour. Why would so many think this was interesting enough to be late for work? There was another about there being wild boars in the area, but wild boars are fast and this is Michigan … who cares? 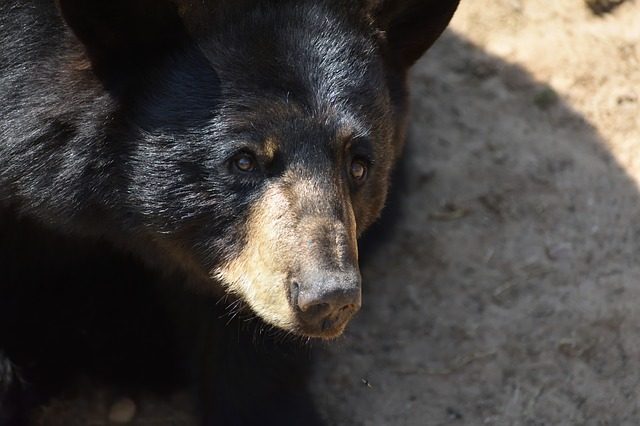 “A lot of people still claim to have seen something Bigfoot related in that area. We STILL have no clue what people recorded that morning because nobody has sent us anything. Until we do get some info, we may never know, and this tale will become legend.”

WKFR 103.3 cares. They seem to be the only media site reporting and following up on the alleged sighting of something on Rt. 131 on September 9th. It reports in a 9/13 update that their unofficial poll of what it might be finds “Bigfoot, El Chupacabra, and a bear are the most likely candidates.” A Chupacabra in Michigan? That just shows the power of the paranormal media which has introduced what was a originally a Puerto Rican and occasional South American cryptid and then a different but same-named Texas cryptid to the world. Why no speculation that these people saw a Michigan Dogman? It could be that the most famous Michigan Dogman was reported in in 1887 in Wexford County, which is in northern Michigan, while Kalamazoo is in southern Michigan. Why give another county’s cryptid publicity when you can promote your own?

“Has anyone heard about this and know what it was?!”

As of this writing, no one has satisfactorily answered Kelly Werner Lonsbury question about what she didn’t see but others may have seen and someone may have been driven off the road by on September 9th. To cause all of that, it was definitely something. Why is there no other media coverage? Or traffic reports? Or photos?

The Mystery of the Sayhuite Monolith