It used to be that writing angry letters accusing the Navy of covering-up UFO encounters precluded you from getting any job, let alone one in the government. Now there's a sitting US congressman doing just that. Not only is Rep. Mark Walker (R-N.C.) a congressman, but he's a member of the House Homeland Security Committee and the ranking member of the Intelligence and Counterterrorism Subcommittee. My how times change.

Back in July, North Carolina Republican congressman Mark Walker wrote a letter to Navy Secretary Richard V. Spencer asking if the Navy is investigating Unidentified Aerial Phenomena (the military's preferred terminology), and if they had any knowledge of foreign or private technological advances that could explain the UFO—sorry, UAP—sightings. In the letter (which you can read here), Walker specifically asked about "UAPs" and, despite the Navy's assertion that most sightings can be explained by drones, pointed out that many pilots' stories involved witnessing behavior that would "require extreme advancements in quantum mechanics, nuclear science, electromagnetics, and thermodynamics."

Navy Under Secretary Thomas Modly responded to Walker's inquiries, stating that "the Department of the Navy takes these reports very seriously and continues to log sightings and fully investigate the accounts." While Walker says he appreciates that the Navy is investigating these events, he says he still has concerns. Walker spoke to Politico in an article published Friday:

"While I am encouraged the Under Secretary of the Navy confirmed that UAP encounters are fully investigated, there is frustration with the lack of answers to specific questions about the threat that superior aircraft flying in United States airspace may pose.”

In particular, Walker wants to know about the shadowy Advanced Aerial Threat Identification Program (AATIP), the Pentagon program founded under the direction of former Senate Majority Leader Harry Reid, which investigated UFO sightings as well as poured millions of dollars into research on topics like "Warp Drive, Dark Energy, and the Manipulation of Extra Dimensions." AATIP was formally ended in 2012, but there is evidence to suggest it never actually shut down and operates invisibly to this day. Walker says:

"Has it ended? If it has ended are we documenting anything? Where are the resources coming from? That’s a fair question that constituents and the American people would like to know.” 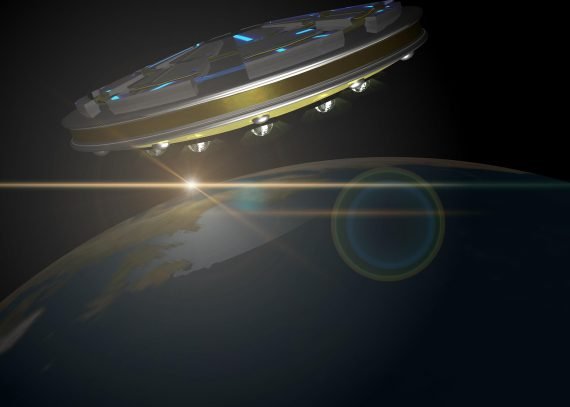 Mark Walker says his main concern is that these "UAP" are tech belonging to Russia or China and represent a national security threat. He says that if they do represent such a security threat, than the American people have the right to know about it.

But it seems he hasn't ruled out the possibility that whatever people are seeing up there come from somewhere else. Walker says:

"The way I look at this: What if [U.S. government agencies] already do know about it but the rest of us don’t? I certainly have an open mind to see where this leads us. We are going to stay on the issue and follow through like we said we wanted to do."

We live in weird times, folks, and it's probably only getting weirder.