There are many well-known superstitions about black cats. Perhaps the most popular of these warns of bad luck that might occur, should one of the darkly-colored critters cross your path.

In my case, I suppose that only qualifies if there are, in fact, any black cats in my area; but by that I mean large black cats… the kind big enough to be dangerous if you encountered one alone in the wild.

That may be the case, in fact, if one man's stories that were recently shared with me are true. Just days ago after a long day on the road, I had stopped in at a restaurant in my neighborhood for a take-out order, and decided to have a seasonal brew while my order was being prepared. Apart from the bartender and me, there was only one other person at the bar, a local man with whom I struck up a conversation.

Did he ever have a unique story to tell.

“I’ve seen large black cats on two occasions,” he told me, indicating a rugged area of mountains near North Carolina’s Hickory Nut Gorge. The first occasion had been in 2006, when he observed a large black cat—the same shape and appearance as that of the now extinct Eastern cougar, but with a black coat—passing through the yard of his family home. The observation occurred in broad daylight, and the large cat was accompanied by two of its young, which were much smaller, but similar in color.

“My family and I moved away for many years,” he told me, but desiring to get back to his father’s former land, they moved back to the area more than a decade later. Shortly after returning to the area, he and his family had a second encounter.

“One morning my son came inside, and said ‘dad, I think there’s a bear outside.’ So I went outside, and saw the animal; but it was no bear, this was another large black cat.” 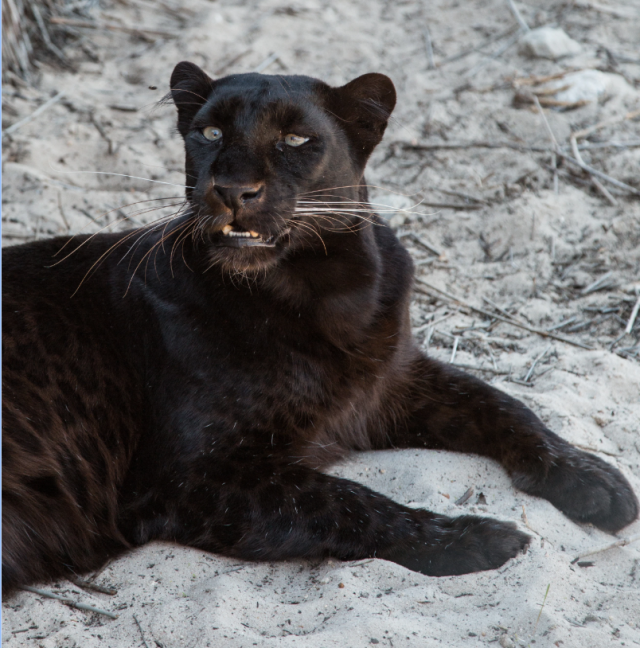 The man rushed inside and grabbed his hunting rifle, much to the concern of his wife, who told him it was likely endangered. “I didn’t shoot the animal,” he told me, “but only wanted to look at it through my scope. It was only about 100 yards away, and through the scope it was obviously a large black cat.”

The man also noted the peculiar appearance of the animal’s coat, which he guessed might have been “mangey” or afflicted with some other peculiar skin condition, which gave it a blotchy appearance.

“In hindsight,” he told me, “if I had actually shot the poor thing, people might believe me.” He ended his story recalling how he contacted the North Carolina Wildlife Resources Commission to report the sighting.

“They said these things don’t exist,” he said, frustrated. “They told me I had seen a bear.”

According to the North Carolina Wildlife Resources Commission’s website, NCWildlife.org, “any report of a ‘black panther’ or a ‘large black cat’ is most likely mistaken identity,” with such sightings being more easily explained as sightings of house cats, bears, and other animals.

“Reports of large cats across North Carolina are quite common but no physical evidence exists to confirm any of these reports and most can be attributed to mistaken identity and of course, the potential of someone’s illegal exotic pet escaping does exist.

“There is no ‘remnant’ population of big cats that has somehow been surviving in the mountains or swamps undetected for 100 years,” NCWildlife.org concludes, noting, “that just isn’t really genetically possible.”

“Saturday afternoon I went into my backyard, which borders the Natchez Trace in Washington, to walk the dog, and as is my custom I cast a glance toward a ridge near the tree line,” said Del Loy, a resident of the greater Natchez area in a post online.

“Usually there are deer on the ridge, which is about 75 yards from my back porch,” Loy said. “While I was looking a huge black animal, which I can only describe as a cat, ran the length of the ridge and into the trees on the Trace. I rushed the dog back inside and returned to the porch to watch the area in case it lingered. Never saw it again.”

One day later in Abeline, Texas, sightings of a similar animal—this time accompanied by video—were reported, which appear to indicate the presence of a similar large, dark-colored feline.

“The Texas Department of Wildlife offers a few suggestions for what this might be in the video,” said Buzz Adams, writing for KLAQ.com. Those possibilities were outlined as follows:

My money would be on either melanistic Jaguars migrating north, or another possibility that wasn't mentioned on the TDW list: the idea that some North American cougars--including extant varieties like the Western cougar and Florida panther--could be exhibiting melanism. 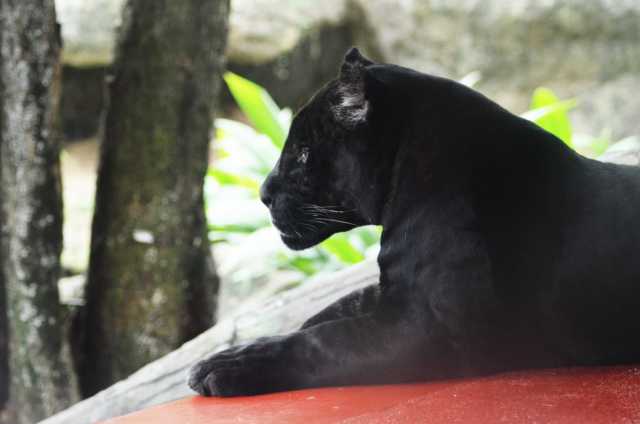 Melanism is the term for what occurs when darkening results from the excessive production of melanin in animals, which produces color variations. The trait occurs as a variety of mutation and is therefore hereditary, and some have even proposed the idea that it may aid some organisms in survival. Notable examples include industrial melanism, where organisms affected by environmental pollution change color seemingly in accordance with changes to their habitat.

Perhaps certain varieties of American cougars--much like their jaguar cousins further south--have adapted in such a way to changes in their environments or other existential threats. However, the problem with this idea is that there is no proof that it occurs among North American cougar varieties... yet.

As various government agencies indicate, there are believed to be no "melanistic cougars" in North America, let alone the possibility of any surviving "pockets" of other varieties of large cats, apart from those thriving populations of species that are still recognized. And yet, there remains the troubling fact that people keep saying they see large black cats, occasionally even producing photographs and video that purport to show them.

Sometimes, it really is hard to know what to believe. But whether sightings of large black cats are considered possible by the experts, genetically or otherwise, it's certainly interesting how many sightings of the creatures continue to turn up.