The Alcatraz Federal Penitentiary in its day was considered to be almost legendary as the most escape-proof maximum security prison in the world, a veritable fortress into which many entered but few would emerge. Built upon a rocky outcropping sitting within the cold, turbulent waters of San Francisco Bay, California, it was originally a fort and prison camp for military prisoners in the 1850s, but was built into a full functioning prison facility that opened for operations in August of 1934. This was not a nice place to be from the beginning, designated as a destination for the worst of the worst, and housing those federal prisoners who had proven to be too unruly or dangerous to be kept in other, more normal prisons. With its state of the art facilities and surrounded by frigid waters with strong currents, the prison was highly feared by prisoners, as it was considered to be well-nigh escape-proof. Over its years of operation it would be host to a veritable who’s who of the most notorious federal prisoners of the era, including Al Capone, Robert Franklin Stroud (the "Birdman of Alcatraz"), George "Machine Gun" Kelly, Bumpy Johnson, Rafael Cancel Miranda, Mickey Cohen, Arthur R. "Doc" Barker, Whitey Bulger, and Alvin "Creepy" Karpis. Alcatraz would close on March 21, 1963 due to high maintenance costs and the populace’s apprehension about having a rock inhabited by society’s worst just a stone’s throw away from shore, but it would retain its dark reputation well after its closure, and has gone on to be considered one of the most haunted places in the world.

Considering the horrific conditions that prisoners faced here, including primitive, cramped cells, brutal punishment dished out for the slightest slights, and regular trips to solitary confinement, as well as the number of people who actually died here from mistreatment, murder, suicide, or failed bids to escape, it is perhaps no wonder that Alcatraz has maintained a reputation as being intensely haunted. It is a place absolutely permeated with suffering and death, and this seems to have had an impact on the amount of ghostly activity reported from here. Yet, as haunted as the whole island seems to be, none of the island seems to really compare to the notorious area of the prison referred to as D-Block. It is a dank, gloomy place that to this day maintains a heavy sense of desolate bleakness, and its history as a terrifying hellhole and one of the most haunted places in the former prison are well deserved.

D-Block was one of four separate cell blocks on Alcatraz, with A to C blocks being pretty grim, but cell block D was by far the worst. This was where the most incorrigible, out of control prisoners were sent as a last resort to be harshly punished and dealt with for behaving particularly badly. Here was located the notorious area called “The Hole,” which was an array of solitary confinement cells equipped with nothing other than a hole in the floor as a toilet, one light bulb, and a mattress, with food shoved through a slit in the door for the prisoner to eat in utter blackness. There were also what were called “Strip Cells” here, where prisoners would be forced to strip down naked and languish and wallow about in their own filth and absolute pitch black solitude in what were little more than poorly ventilated boxes, where they would be given just enough bread and water to not die. Those who were in D-Block were almost like the living dead, alive but not really living, and prisoners were terrified of being sent there, the possibility hanging over their heads like the specter of death. In fact, for many death would have been preferable. D-Block was a bad place to be, is what I’m saying.

The stories of paranormal terror in D-Block started even before the prison was closed down. One of the most sinister cases of horrifying weirdness from the forsaken block supposedly happened in the 1940s, at the nefarious cell 14-D, also rather puzzlingly referred to as “The Oriental.” The tale goes that a prisoner was stripped naked and tossed into the eternally dark cell with nothing but a hole in the ground and any prayers he still had in him. For the next two days he was kept in that filthy, abyssal hellhole, and it is reported that he would relentlessly scream out in utter desperation and despondency all through the night, with it all picking up when his voice flew into a panic and he shrieked that he was being attacked by a glowing eyed demonic presence. It was all ignored and chalked up to the deranged rantings of the hopeless, but the screams suddenly went quiet, and when the cell was opened the prisoner was allegedly found to be quite dead, face purple, and with evidence of having been strangled to death by powerful hands. Theories have flown that it was everything from a real demon to a fed up guard who had simply been sick of hearing his screaming, but it is an eerie story nevertheless. 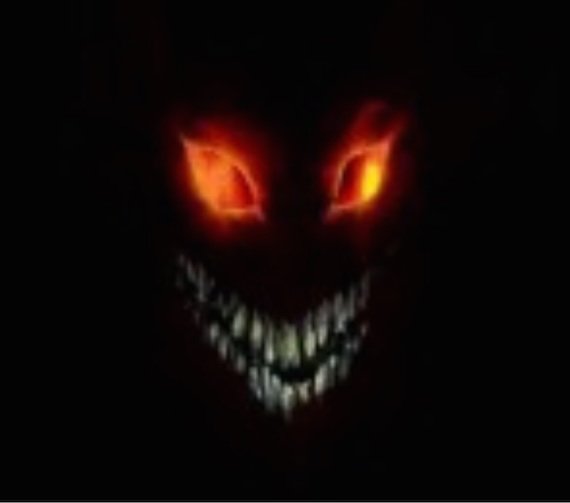 In the days after this tragic incident other prisoners and even guards would claim to see the doomed dead man walking amongst their ranks, completely life-like and looking as if he was none the worse for wear until he would vanish in the blink of an eye as they looked on. Cell 14-D had another tragedy when prisoners Rufe McCain and Henri Young were sent there after trying to escape the prison unsuccessfully. Shortly after being released from the cell Young reportedly went into a trance and stabbed McCain in the furniture yard, seriously injuring him. They were both again put into solitary confinement for nearly a year, and their ghosts are said to have been seen wandering about call block D ever since, still doomed to languish there for perhaps eternity.

The ominous cell 14-D has gone on to accrue a rather notorious reputation in the former prison even to this day, and is ground zero for some of the most noticeable paranormal phenomena in all of Alcatraz. Here one can supposedly hear disembodied shrieks or clanging sounds, be pushed by unseen hands, and feel undeniable cold spots, with the temperature inexplicably at least around 2 degrees cooler in this one cell than the others year round, and often up to 20 to 30 degrees Fahrenheit colder than anywhere else. There is also an indescribable feeling of dread that smothers this one cell, as if something is bearing down on it and relentlessly channeling negative energy from some other place. There have also been reported the presence of a shadow with glowing eyes, the smell of smoke but no fire, the sounds of crying or moaning, disembodied footsteps, a strange rotting stench that comes and goes suddenly, and suddenly empty cell phone batteries in 14-D, as well as a thick sense of incredible fury, and it has managed to uphold a reputation as being the most haunted cell in all of Alcatraz, which already has plenty of hauntings in the other blocks as well. Cells 11, 12, and 13 of D-Block are also well-known for their strange phenomena and deep sense of intense terror, to the point where some visitors refuse to enter them, with some psychic mediums who have come here insisting there is an extremely malevolent force lurking in D-Black that is not human in origin.

Of course there have been investigations into the various hauntings of Alcatraz and especially the notorious D-Block. Authors Richard Winer and Nancy Osborn went to the infamous cell 14-D to investigate and were immediately aware of how much noticeably colder it was than its surroundings. They would claim that they had then felt an overwhelming, unbearably malignant presence in the room and an “intense tingling” throughout their hands and arms. In one corner of the cell they could sense a white-hot point of spiritual energy the likes of which they had never experienced, and Osborne would claim that she had never felt such a strong presence in her entire career of paranormal investigations. Another researcher who came here was ghost hunter Richard Senate, who gathered up the courage to have himself locked into cell 12-D, upon which he says he immediately felt a malicious presence in there with him and unseen hands grab at his neck, as well as a stifling feeling of anger that hit him like a freight train, causing him to abort his investigation and scream to be let out. Psychic Michael Kouri came to cell block D in 1984 and claimed to have actually made contact with one of its spirits, who told him he had been brutally beaten and his legs broken by guards there. 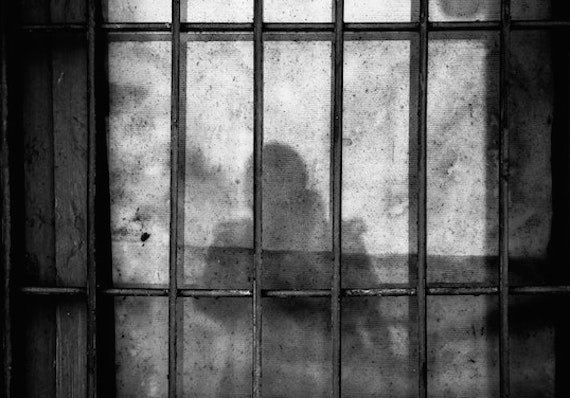 Probably the most well-known and spectacular investigation done of Alcatraz and its cell block D was carried out by the TV show Ghost Adventures with host Zak Bagans. For a season 8 episode the team made their way to the forlorn Alcatraz Island and would experience a whole range of strange phenomena at cell block D. They would hear anomalous noises such as clanking or banging, witness mist like balls, orbs, and fleeting apparitions, and feel a distinct, sharp discomfort, and Zak would claim to have seen two glowing eyes peering at him through a small slit. EVP (electronic voice phenomenon) and “spirit box” readings were pretty spooky to say the least, capturing voices that said myriad eerie things such as “Fire,” “threshold,” mist,” “come back,” “get naked,” “he's here,” and “dead god,” among others.

It certainly appears that at an already very haunted place, with ghostly phenomena reported all over the island, cell block D particularly stands up as a wellspring of sinister forces. Why should this place be so incredibly steeped in malevolence and ghostly activity? One reason could be the pure amount of suffering and death this place is infused with, which has imprinted itself upon the very fabric of the place or kept the ghosts of these poor souls tethered here. Another idea is that the entities here are not human in origin at all, but rather some other forces that have come here to feed on this negative energy and engorge themselves on it, drawn by that very history of pain and suffering. Interestingly the Native Americans of the area long believed the island to be a gathering place for evil spirits long before it was ever a prison, so perhaps this had something to do with it all. Whatever the causes and origins may be, D-Block is a tormenting, horrible place even in these modern days well past when prisoners were actually kept there, and it undeniably remains the most haunted place in one of the most haunted locations in the United States.