Haunted places come in countless shapes and forms, from the more familiar haunted houses or other buildings, to haunted caves, forests, and even vehicles such as cars and ships. There seems to be no limit to what ghostly forces will attach themselves to, and certainly among these are actual haunted airplanes. These places don't really typically lend themselves to being what one would typically imagine a haunted place to be, but there are plenty of reports of all kinds of strange paranormal activity reported from planes, and here are a few.

Quite a few spooky tales of ghosts on airplanes revolve around passengers who are seen by other passengers or crew, but which turn out to not really be there at all, at least not in any normal physical sense. One such case comes from Reddit user violetlullaby, who was a flight attendant aboard a B737, a smaller plane which features a cockpit door close to crew's seats. At the time they were at cruising altitude, and that was when the captain called asking why two little kids were being allowed to play in front of the cockpit door. The crew reported that there were no kids playing there, but the captain insisted he was watching them right at that moment on CCTV. The witness says:

Leading with another crew, sitting at the crew's seats denied any kids playing near the area (the seats are seated right next to cockpit door). But the captain insisted he could actually see two kids (a boy and a girl) playing in front of the door through the CCTV. At this point, leading was not too happy thinking that their pilots are pulling pranks on them. After quite some time the captain let it go and said to never mind them.

When they touched down and got to the hotel, the captain pulled leading aside along with his First Officer in tow. He insisted to know if the leading and her crew really didn't see the two kids playing in front of cockpit door and the GA. She maintained they didn't and said since the galley is so small anyway (like seriously about less than 10 meters long only from port-side door to starboard's door, that consist of crew seats, entrance of cockpit and GA) she wouldn't miss the two kids playing. Both pilots went blank then said both have seen the kids playing right besides both FAs and wonder why they let them there. FO confirmed what his captain seen. 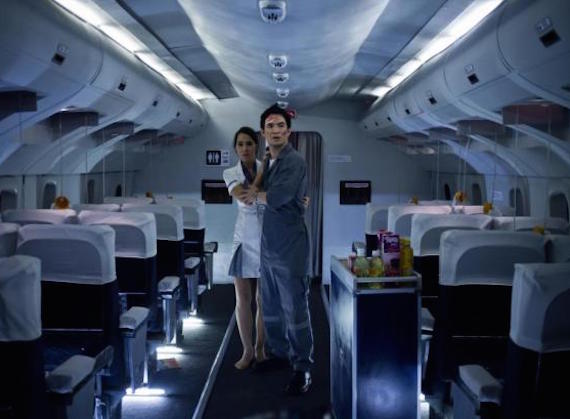 Who were these phantom kids? Where did they come from and where did they go? From Reddit user Wilsonxrutter we have another story, which he claims happened to a friend of his who was a flight attendant on a red-eye flight from San Francisco to New York. As the passengers were coming in, the witness said that he had distinctly noticed a well-dressed man in his 40s carrying a briefcase, who took a seat at the rear of the plane near the restrooms. He didn’t think much of it at the time, but things would get strange when the crew counted the passengers later in the flight. He explains:

He sat at the back of the plane near the bathrooms. Before departure, the FA's remembered counting 35 passengers who boarded the flight. Since it was a red-eye flight, most passengers slept through the flight and everything went smooth as usual. Before landing, they recounted the passengers however only to come up with 34.

They thought the passenger was in the bathroom and actually checked but it was empty. They eventually figured that it was the man who was seated in the rear of the plane. A FA even recounted having a conversation with him about the man's wife and 2 daughters. When they landed they notify airport security and checked the flight checked in back at SFO and their information only registered 34 people as well.

What in the world was going on here? Another eerie report was related to me directly after an article I did on Haunted Flight 401, a notoriously haunted plane. He claims that he had been on a not very full flight from Denver to New York and that the person sitting next to him seemed to be feeling very ill. He describes her as a lone elderly woman with an old fashioned shawl on, and that she had thick dark circles under her eyes and a sickly pallor to her complexion. As the flight went on she just sat there looking straight ahead, but he could see that she was looking worse and worse. He claims:

This lady was looking pretty ill from the get-go, to the point that I was surprised they had even allowed her on the plane for such a long flight. But after we took off she looked like hell warmed over. She could barely sit up straight, she was almost a yellow color, dark bags under her eyes, and her eyes almost seemed to be bulging from her head. At one point I asked her if she needed any help, but she just kept staring ahead and ignored me completely. Finally, she struggled to her feet and sort of stumbled off towards the lavatory, and that’s when I went to tell a flight attendant about this sickly old lady. I told her I didn’t think this lady was doing so hot, and she goes back to the lavatory to check on her. When the flight attendant came back she told me that there was no one in the lavatory and no sign of the lady matching my description anywhere on the plane. For the rest of the flight I didn’t see her again, and I haven’t ever been able to explain it since. 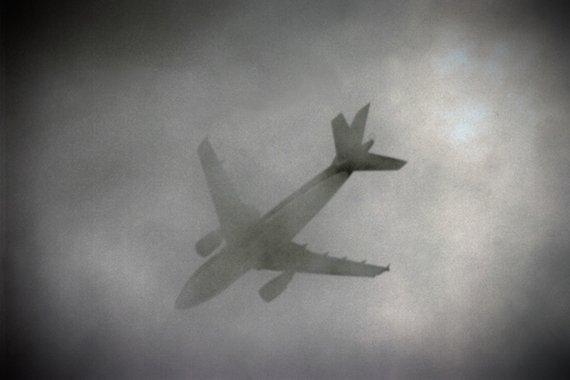 Other tales of the supernatural aboard planes have more of a feeling of a haunted house, with various strange, inexplicable occurrences seemingly ties to a certain aircraft. One witness on the site Quora identifies herself as a flight attendant named Susan Brown, and tells of just such a haunted flight she once worked aboard. At the time it was a new plane for her and a new crew, and one of the flight attendants she had never met before told her that the plane they were on was supposed to be haunted. According to this other flight attendant, there had once been a passenger who had been on vacation when his wife died. The body had been in with the rest of the cargo in a metal container in order to be shipped back home for burial. That was when the haunting started, and she says of this:

Ever since then that particular plane has allegedly been prone to all manner of strange phenomena, such as strange noises, moving or vibrating objects, and things being knocked over by unseen hands, and it is said that all crew and personnel who know of this plane are very cautious when operating around or aboard it. A similar story comes from a flight attendant named Amanda Pleva, who tells of a plane well known by her colleagues as “Christine,” named after the haunted car in the Stephen King novel. She told FlyerTalk of the plane: 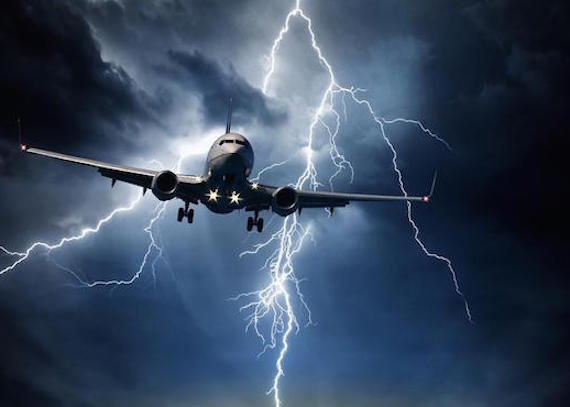 Just as frightening is a haunted airliner described by James Wysong, a flight attendant for United Airlines who described his experience on the site Travelers United. He tells of a flight he had been on to Europe aboard an older 747 and one of the other flight attendants told him that the plane they were on was haunted. Apparently there had been an accident years ago in which a cargo door had spectacularly blown off to send people tumbling out into the night, their bodies never found. James describes himself as a skeptic, and says he thought it was just a spooky tale at the time. However, his mind would be changed when he started his work down in one of the prep kitchens in the lower galley, along with a co-worker named Martha. As he worked and listened to music on his device some strange events would unfold, of which he says:

Suddenly, one of the ovens started to turn off and on as if it had a short circuit. An alarm bell sounded, as it always does when an oven shuts off. I gave the oven a quick smack. This seemed to solve the problem, but a moment later, the other ovens joined in: ovens on, ovens off, bells ringing all over the place. The overhead lights started to dim. I was becoming concerned. Then Martha called: Her ovens were behaving strangely, too. I summoned my manliest bluster. “It’s just faulty wiring,” I told her. “Nothing to worry about.” But then I noticed a new sound, a small whistle that trailed away each time one of the ovens turned off — a weird, ghostly “oooooh,” like something from a bad horror movie. (Just the fans, I told myself.) I packed up all the meals and sent them upstairs, then I turned off the ovens. Two of them continued to cycle on and off. (Just the wiring, I thought.) Then the overhead lights went dark. (A short circuit!)

When my music started to slow down, as if the batteries were dying, I beat it out of there. I knew the batteries were brand new. Here’s the weird part. When I wrote up the problem on the airplane’s mechanical log, I found that it had been written up many times before. Each time, mechanics were unable to fix it, or even confirm its existence. The problem seemed to occur only in flight; when mechanics ran a ground check, the system was fine. After that trip, I heard about other flight attendants bringing Ouija boards and holding séances during crew rests.

It is unknown just how much truth any of these tales hold, and if they are true we are left to wonder why these forces have become tied to these planes. Why are these ghosts and other phenomena suck to these places flying out over the landscape while they puzzle and terrify? Wherever the answer may lie, airplanes certainly seem to count as potentially haunted places, so the next time you are settling in for a flight and the plane is cruising through the clouds keep an eye out. You never know what might be up there with you.