Ghost Hunting and the X-Box Kinect

Ghost hunting in recent times has become an increasingly popular pursuit, largely fueled by such well known shows as Ghost Adventures and others. Far from the bumbling, stumbling Scooby-Doo type investigators many may envision, modern ghost hunters are often very well equipped with all manner of gear to make their jobs easier and to collect that evidence they so desperately seek. Some of this ghost hunting equipment is special made, some of it marketed as such, and others jury-rigged out of whatever available, and showing the ingenuity of ghost hunters is the increasing use of a video game gadget that has become increasingly valued for its ability to pick up ghosts.

For those who have been living under a rock for the past decade, the Kinect is a piece of video game peripheral equipment for use with the Microsoft X Box 360 and X Box One video game consoles and personal computers, and basically its whole gimmick is that it uses infrared sensors to register motions from the player’s body so that they can interact with games without any controller or other paraphernalia. It was released in 2013 to rather mixed reviews, and while it was amazingly advanced, eventually able to even detect body heat, changes in facial expression, and measure heart rates, as well as track up to six people at once, many complained that it did not always accurately process motions or voice commands in the actual games and was a slog of an experience at times, with its technology perhaps a bit more ambitious than the company was able to adequately deliver. The Kinect was eventually discontinued in 2016, and while it doesn’t seem to have always been so great as a video game peripheral, one thing that it does seem to have been pretty good at is ghost hunting.

The basic premise behind this unlikely piece of ghost hunting equipment is that, well, although the Kinect may not always be able to process precise movement from players it is very good at detecting movement and the presence of someone in general. When modified for the purposes of ghost hunting, which was first done by Bill Chappell, an inventor and investigator known for his work on Ghost Adventures, the hardware and software seems to be very good at tracking any sort of figures that may be in the room, be they human or otherwise. Ghost Adventures used this equipment to dramatic effect when they were able to capture a small figure that appeared out of nowhere to wave on command and freak everyone out. This figure was captured on several occasions, usually along with complaints from the crew of feeling cold spots in the room or the sense of being watched, and from there the viability of the Kinect as a ghost hunting tool really took off.

Before long people were rigging their own Kinect ghost hunting equipment and there seemed to be a lot of success in this. One theory as to why this should be was that the Kinect essentially could pick up on a spirit’s kinetic energy, and it has also been suggested that these ghosts can actually reach out to tinker with the electrical energy of the device itself. The reports are truly numerous, as is the case with one Australian ghost hunter named Graham Lewis, who has claimed great success with the device. He says of one time he made contact with the spirit of a young boy in North Head, Sydney, of which he says:

I've designed a prototype by attaching the Xbox SLS camera to a portable screen and hard-drive recorder. I've already captured some amazing results in the field. At the Q station I experienced a chilling moment. On the screen, I noticed a small figure the size of a child. The figure seemed to be limping, and when I waved the little figure waved back, Libby said to me straight away, 'that's little Oliver, the son of a former worker at the station. Oliver was reportedly lame in his right foot.

The Kinect would be fashioned into a popular piece of equipment for many ghost hunters, and was even featured as such on the film Paranormal Activity, and You Tube is simply teeming with countless videos of “spirits” that people have claimed to have appeared in the room with them while using it. Most often this is when the device registers a second person in the room when there is none, but these ghosts can also allegedly materialize within the games themselves. They supposedly often appear as “stick figures,” often distorted with with extra joints and severely deformed limbs, and it is all very bizarre indeed. Of course, with such incredible and spooky claims there has been skepticism. The effect of finding these “ghosts” on the Kinect has often been attributed to mere mechanical glitches, the very same ones that made some games released for it practically unplayable. Computer software engineer Tim Farley has said of this:

An algorithm is only as good as your training data. If you see things that don't quite work, it may seem like anomalies in the data. And if you talk to people who used the Xbox, especially early on when Kinect first came out, there was lots of complaining online that people couldn't get it to work right. Nobody trains those algorithms to detect ghosts; they're trained to detect people standing in front of it getting its attention. There are lots of things in frame that are invisible to a person and lots of ways [the Kinect] can be fooled. 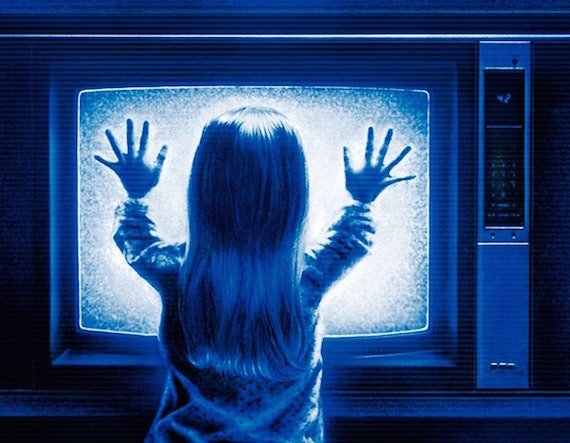 In the case of the Kinect, it is claimed by skeptics that the device is simply not being used right and is demonstrating software or hardware glitches, getting confused by room layouts it was not meant to be used in. This causes the device to extrapolate things based on partial matches that the system picks up, and this can take the form of the strange figures captured on it. This can also be caused by players sitting down, and it all just basically demonstrates that this is a faulty piece of technology with a limit to its software that has some rather weird quirks. Tegan Jones, an editor at Gizmodo, has further put a nail in the coffin of the Kinect ghost hunting by saying:

There’s no scientific way to test the setup in a controlled environment to see if it actually works before you take it out into the field. Mostly because there are no ghosts to test in a lab. Ghost hunting is based on assumptions. We don’t know if ghosts are even real let alone how they behave or what detectable elements they produce. How can the right equipment be engineered if we don’t have a proven, scientific way of knowing what it is that needs to be searched for? When people have allegedly captured a spirit with a repurposed Kinect, there’s no way to scientifically verify that data because we have nothing real and tangible to compare it to. What they are seeing could be anything from a shadow, to a trick of the light to the heat signature of something or someone else. I see this as a modern incarnation of ‘ghosts’ being allegedly captured on camera or film.

Whatever the skeptics may say, the X-Box Kinect has become a mainstay for a variety of ghost hunters, and has been featured as such on plenty of TV programs such as Ghost Adventures. Is there anything to all of this? How can it be that a video game peripheral could gain this sort of usefulness in a totally different area, and does it really work? No matter if it does or not, the next time you are playing a Kinect game, just make sure you keep an eye out for any extra players that may manifest out of nowhere.

Strange Worlds: Entire Star Systems Could be Made of Bizarre and Terrifying “Strange Matter”