Ghost of James Bond Seems to Visit His Daughter Frequently

“There was no one in the street and this little Japanese man in his trainers came up to me with this mobile phone. He started pointing at it, going, ‘MI5, MI5, James Bond, James Bond, MI5?’ I said, ‘Are you looking for the MI5 building?’ He went, ‘Yeah, yeah, James Bond, 007.’ Now, of all the people to come up to in the street, it’s me.”

“Me” is Moore, Deborah Moore, and the James Bond she’s referring to is her late dad, Sir Roger Moore, who played the iconic 007 in Live and Let Die, The Man with the Golden Gun, The Spy Who Loved Me, Moonraker, For Your Eyes Only, Octopussy and A View to a Kill. In a recent interview with The Sun, Ms. Moore revealed that she has had a number of strange experiences that she attributes to her father’s ghost making its presence felt to her.

"I was like, ‘Dad, this is you having a laugh.’ So there’s all these little things which always make it feel as though he’s around me."

The encounter with the man looking for the MI5 building occurred in England as she was on her way to the grocery store and she believes there’s no way he could have known her identity and relation to James Bond. Her only appearances with her father were as a child (billed as Deborah Barrymore) on an episode of the TV show The Persuaders! and in the non-Bond comedy Bullseye!. Coincidentally, Ms. Moore appeared in another Bond film -- as a flight attendant in the 2002 Bond film, Die Another Day – and as a secretary in the 1989 biopic Goldeneye: The Secret Life of Ian Fleming. 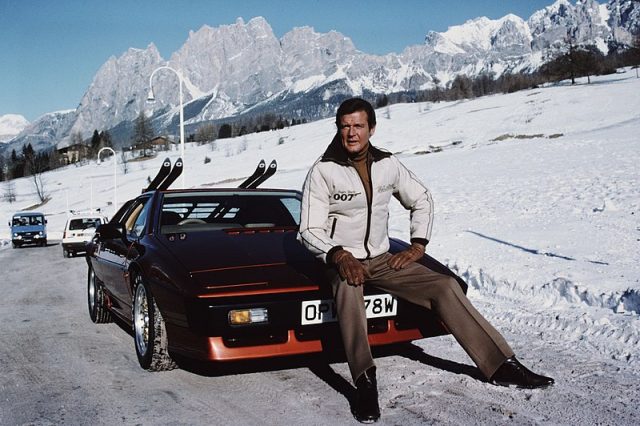 “I was walking along the beach and there was this big Russian boat and when it moved the colors changed and the side said 007.”

That incident happened while she was in France for the christening of her brother’s children (Roger Moore’s grandchildren).

“And then the friend that I was with, her first day back in work — she lives in Sweden — she said, ‘The only picture in this entire office was of your father.’"

These incidents have Ms. Moore convinced James Bond visits her regularly, but she shouldn’t be surprised. While reported the death in 2017 of the 89-year-old actor, Surrey Live revealed that a young Roger Moore had multiple encounters himself with ghosts at the Angel Hotel in Guilford in Surrey. The first elicited a very non-Bond-like reaction from Sir Roger.

“I was frozen. I wanted to call out and scream, but couldn't speak. I was numb - paralyzed from head to toe. I was sitting bolt upright in my bed and watching a white ghostly figure moving towards me. It was the apparition of a man. The shape of the body was clearly defined. There was a head, body and legs - but it was mist-like. I pulled myself together, somehow calmed myself and then tried to communicate with the ghost.

I said softly: 'What do you want? Are you troubled?’ As I went to move from the bed the ghost disappeared - just vanished!"

Shaken AND stirred (you knew it was coming eventually) by the first encounter, he was a little more prepared the next night when the ghost returned.

"It returned at the exact same time - about 2am. I was petrified. I thought 'It's after me. What does it want with me? I tried to make contact once again, but to no avail. It vanished again.”

Being James Bond, he decided to stick it out for a third night. When he entered the room the bible was mysteriously opened to the 23rd Psalm (The Lord is my shepherd; I shall not want). He left it that way and no ghost appeared. However, in the morning he encountered a maid who stunned him by asking if he’d seen the ghost. When he said no, she replied “I didn't think you would.”

“The hotel is rumoured to be haunted by several ghosts, with nuns reportedly seen walking down staircases and a 19th century Eastern European soldier staring at a couple out of their room’s mirror for so long the husband sketched a picture of it.”

According to an old article about the hotel’s ghost found by Surrey Live, Moore’s maid knew that the 23rd Psalm scared away these ghosts and left the bible open for Moore. 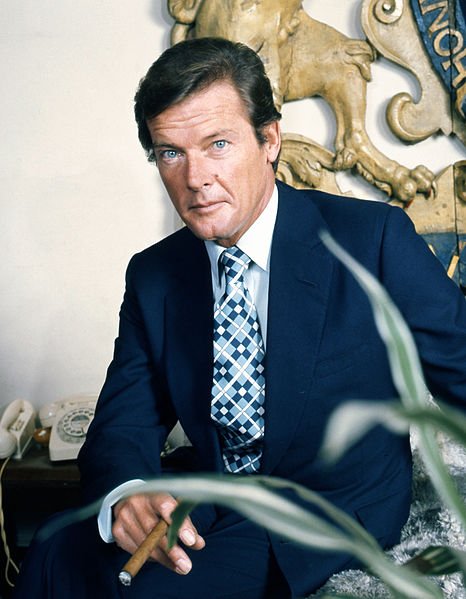 Is Deborah Moore in contact with the trick-playing ghost of her fun-loving father? They could all be coincidences – except for Sir Roger’s own encounter with much scarier spirits. Did they teach him how to do it?

Or did he learn them while playing The Saint?

An Encounter with the Creepiest Couple of All