On June 24, 2019, at 11:11 AM, seismometers across Oklahoma picked up a wave pulsing through the ground like heartbeat. The wave ping ponged hundreds of miles across the state for 10 minutes setting off 52 different seismometers. Geologists looked at seismographic data in the state dating back as far as March and found similar anomalous waves. Throughout the summer they continued to pick up mysterious seismological waves rippling through the state of Oklahoma with some lasting as long as 20 minutes. The waves all had something in common: they all happened in the morning but never occurred on a Sunday. After a long search, geologists traced the origin of the waves back to the McAlester Army Ammunition Plant. In a lot of cases that would be the end of the story, but according to Joshua Carmichael of Los Alamos National Laboratory there are still a lot of "strange unknowns" about the mysterious waves geologists have named "The Anomaly."

Andrew Thiel and colleagues at the Oklahoma Geological Survey spent over a month trying to track down the origin of the anomalous waves.  During their investigation the waves became more and more frequent and the public started to notice. According to Sarah Terry-Cobo, spokesperson for the Oklahoma Corporation Commission which manages the state's public utilities, the commission started receiving calls from concerned customers:

Some of the residents were able to specify, I can tell this feels different, it sounds different than some of the earthquakes that we’ve felt.

It has been very perplexing to us to try to wrap our heads around it.” 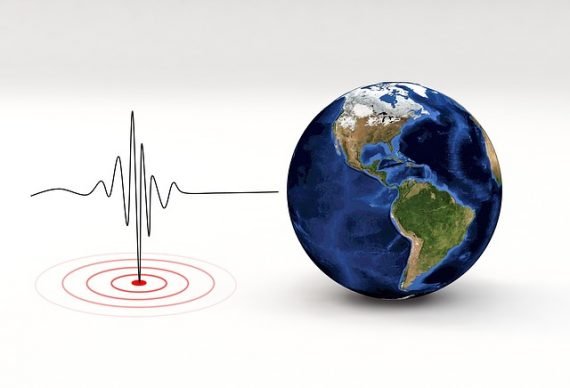 Eventually the team traced the source of the waves to the McAlester Army Ammunition Plant. A spokesperson for the plant confirmed that they dispose of old ammunition by blowing it up every morning, except for Sundays, with 20 second pauses between each detonation. Mystery solved? Not really.

Geologists have no idea why waves from seemingly small explosions were picked up by seismometers across the state. Some geologists think that the seismometers were simply picking up the sound waves from the explosions. The Anomalies move slower than normal seismological waves at 900 mph, which is closer to the speed of sound (although faster).  Explosions carry a wide range of acoustic frequencies including those outside the range of human hearing. The lowest of these frequencies are called infrasound, and they can behave in odd ways. Infrasound can shoot straight up into the atmosphere where it is bounced back down to Earth by atmospheric layers of different temperatures. When the infrasound bounces back down it does so in concentric circles. Sometimes infrasound waves are powerful enough to shake the Earth. And seismometers are very sensitive. Andrew Thiel explains:

“We even try to install stations away from trees, where the leaves and branches might sway in the wind, producing movement in the tree's roots, which could contribute noise to the sensor.”

“Nature is conspiring to make the signals travel in such a way that we can’t tell whether they’re acoustic or seismic.”

Not everyone agrees though, and still no one has a rock-solid explanation for these mysterious waves. But Carmichael says he's excited to dig deeper:

“I love studying weird, mysterious signals. It’s exciting. It kind of pulls the Scooby-Doo out of me.”