New Evidence that the FBI Covered Up the Identity of D. B. Cooper

“Partly cloudy” is not just a weather report, it’s a fitting description of the ongoing attempts to prove conclusively that Robert Rackstraw – who passed away in July 2019 – was the real D. B. Cooper, the man who hijacked a commercial plane in 1971, landed to pick up a parachute and a backpack of ransom money, and jumped out … never to be seen again despite extensive manhunts both professional and amateur that continue to this day. That’s despite the revelation last year by investigator Thomas J. Colbert of a decoded letter he claims was sent by Rackstraw using an alias similar to his real name admitting he was D. B. Cooper.

Now comes word from The Hollywood Reporter that Colbert has found new evidence that the FBI, under former director James Comey and former assistant director Tom Fuentes (now a CNN commentator), secretly removed files proving Cooper was Rackstraw, refused to examine Colbert’s DNA proof and lied to the public about the rest of Colbert’s evidence. Yes, THAT James Comey.

"I don't do conspiracies."

Thomas Colbert says he didn’t want to believe he was being blocked by his own country, but the evidence pointed in that direction. He believes the FBI thwarted his efforts to protect not Rackstraw but the CIA. He had previously determined that Rackstraw was first recruited by the CIA in 1971 while he was stationed in Vietnam. After being suspected of check kiting (a form of fraud), he fled to Iran and allegedly ended up working again for the CIA training the Shah’s pilots how to fly helicopters prior to his overthrow by revolutionary forces.

Iran! How does it keep popping up in the most unexpected places? 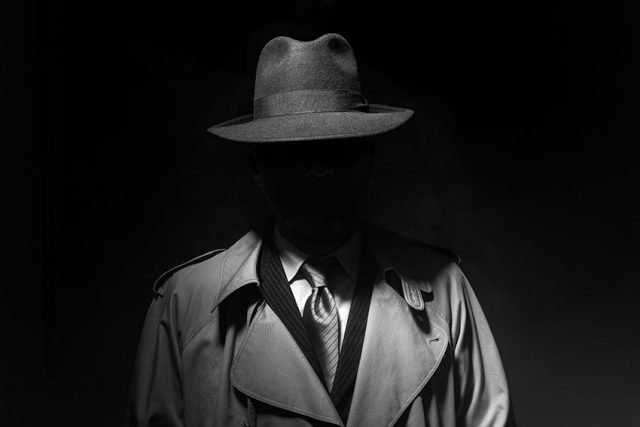 Colbert tried to corroborate the CIA colluding with the FBI theory and an inside source responded with “Listen very closely. We cannot confirm.” Colbert says the lack of a “or deny” at the end of that response makes it a coded affirmative. According to The Daily Mail, He believes that the FBI’s suppression of evidence, diversion of investigations and influencing of media organizations to cancel stories began soon after Cooper’s disappearance and continues to this day, but the effort to thwart him came from senior FBI official under James Comey right in between the Hillary Clinton email investigation and the probe of Russia’s interference with the 2016 election. Was this yet another effort to avoid embarrassing the CIA? Or the FBI?

Now, Robert Rackstraw is dead. Did he win? Did the FBI? The CIA? One thing is for certain -- Thomas Colbert didn’t … yet.

Across the Pond…There’s the U.K.’s Mothman