What started off as a joke had about 2 million people pledging to “Storm Area 51” this weekend, and even after the event was cancelled, authorities were still worried that tens of thousands of people may still show up at the gates of the highly guarded Area 51 Air Force base. In total, approximately 3,000 people showed up to the several alien-themed events that took place in the desert region, not far from the base.

With the “storm” weekend finally finished, a surprisingly low amount of visitors gathered at the gate to the base in the early morning hours of September 20th. Law enforcement officers blocked the road around a mile away from the gate and approximately 150 people walked the remainder of the way up to the back gate of Area 51. Around a dozen officers were present at the gate, as well as an officer with a police dog just in case anyone attempted to get a closer look at the base. At one point, around 20 people in the crowd acted as if they were going to “storm” the gates while the song “Final Countdown” played in the background, but everyone started laughing and nobody ended up “storming”. 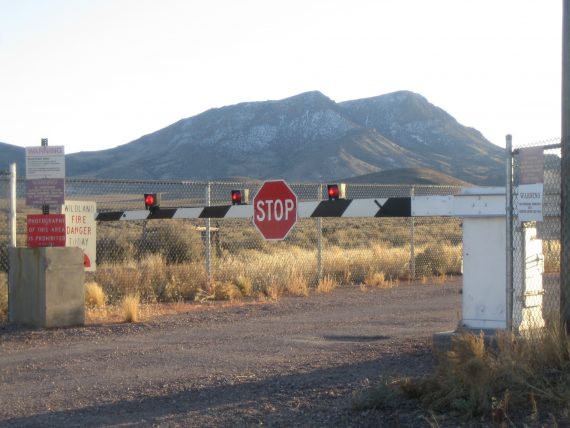 A total of five people were arrested – three people (two males and one female) were arrested for trespassing; one person was arrested for indecent exposure for urinating near the gate to Area 51; and one was taken into custody for an alcohol-related incident.

As for the festivities, one event was a lot more successful than the other. “Storm Area 51 Basecamp”, which took place at the Alien Research Center in Hiko, was cancelled after just 500 people showed up on the first day. Keith Wright, who organised the event, said that they had expected 5,000 people to show up. “We put on a safe event for people that showed up,” he said, adding that they had to cancel it because “it costs tens of thousands of dollars to staff each day.”

“Alienstock” seemed to have been a much bigger success. Connie West, who runs the Little A’Le’Inn motel in Rachel, said that “This is the most fabulous time,” and “I’m just so grateful that people came.” The several thousand travelers who were camping on the grounds of the motel and in surrounding areas, were apparently really enjoying all of the musical talent West had brought in for the festivities. 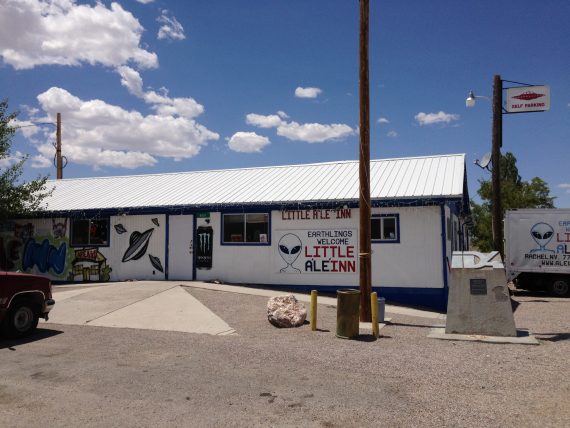 In other news, the US military has issued an apology after posting a tweet that suggested that UFO enthusiasts should be worried that a B-2 nuclear-capable bomber was ready to protect the secrets of Area 51. The Defense Visual Information Distribution Service (or DVIDS) tweeted a photo of a B-2 stealth bomber with a very stern warning that read, “The last thing #Millennials will see if they attempt the #area51raid today.”

All in all, it was a pretty quiet weekend considering that just a few weeks ago, the event was still scheduled to happen with around two million people pledging to storm the base. You can see some pictures here from the “storm” weekend.

Mysterious Magnetic Pulses at Midnight on Mars – and More