A particularly fascinating story of an encounter with a Bigfoot surfaced in the 1950s. The witness was a Native American medicine man, named Frank Dan, who told his story to a Bigfoot researcher and data-collector, J.W. Burns. The location was Morris Creek, a tributary of the Harrison River at Chehalis, British Columbia, Canada, and the date was July 1936. Burns carefully chronicled Dan’s every word and prepared the following summary: “It was a lovely day, the clear waters of the creek shimmered in the bright sunshine and reflected the wild surroundings of cliff, trees, and vagrant cloud. A languid breeze wafted across the rocky gullies. Frank’s canoe was gliding like a happy vision along the mountain stream. The Indian was busy hooking one fish after another; hungry fish that had been liberated only a few days before from some hatchery. But the Indian was happy as he pulled them in and sang his medicine song. Then, without warning, a rock was hurled from the shelving slope above, falling with a fearful splash within a few feet of his canoe, almost swamping the frail craft. 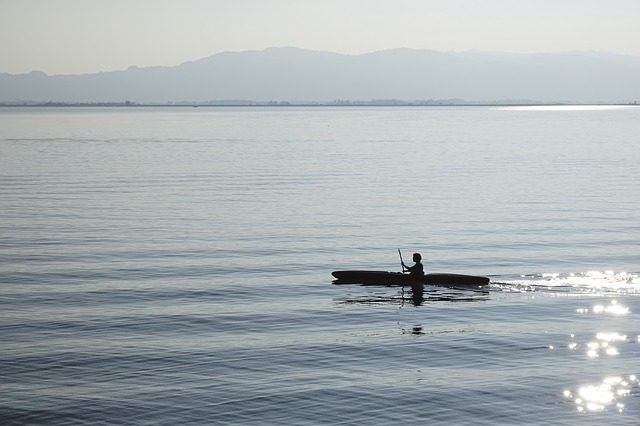 “Startled out of his skin, Frank glanced upward, and to his amazement beheld a weird looking creature, covered with hair, leaping from rock to rock down the wild declivity with the agility of a mountain goat. Frank recognized the hairy creature instantly. It was a Sasquatch. He knew it was one of the giants - he had met them on several occasions in past years, once on his own doorstep. But those were a timid sort and not unruly like the gent he was now facing.

“Frank called upon his medicine powers, sula, and similar spirits to protect him. There was an immediate response to his appeal. The air throbbed and some huge boulders slid down the rocky mountain side, making a noise like the crack of doom. This was to frighten away the Sasquatch. But the giant was not to be frightened by falling rocks. Instead he hurried down the declivity carrying a great stone, probably weighing a ton or more, under his great hairy arm, which Frank guessed—just a rough guess—was at least 2 yards in length.

“Reaching a point of vantage—a jutting ledge that hung far out over the water—he hurled it with all his might, this time missing the canoe by a narrow margin, filling it with water and drenching the poor frightened occupant with a cloud of spray. Some idea of the size of the boulder may be gained from the fact that its huge bulk blocked the channel. Later it was dredged out by Jack Penny on the authority of the department of hinterland navigation. It may now be seen on the 10th floor of the Vancouver Public Museum in the department of ‘Curious Rocks.’    When you’re in Vancouver drop in to the museum and T. P. O. Menzies, curator, will gladly show it to you.

“The giant now posed upon the other ledge in an attitude of wild majesty as if he were monarch of these foreboding haunts, shaking a colossal fist at the ‘great medicine man’ who sat awe-struck and shuddering in the canoe, which he was trying to bail out with his shoe. The Indian saw the Sasquatch was in a towering rage, a passion that caused the great man to exude a repugnant odor, which was carried down to the canoe by a wisp of wind. The smell made Frank dizzy and his eyes began to smart and pop. Frank never smelt anything in his whole medicine career like it. It was more repelling than the stench of moccasin oil gone rotten. Indeed, it was so nasty that the fish quitted the pools and nooks and headed in schools for the Harrison River. The Indian, believing the giant was about to dive into the water and attack him, cast off his fishing lines and paddled away as fast as he was able.” 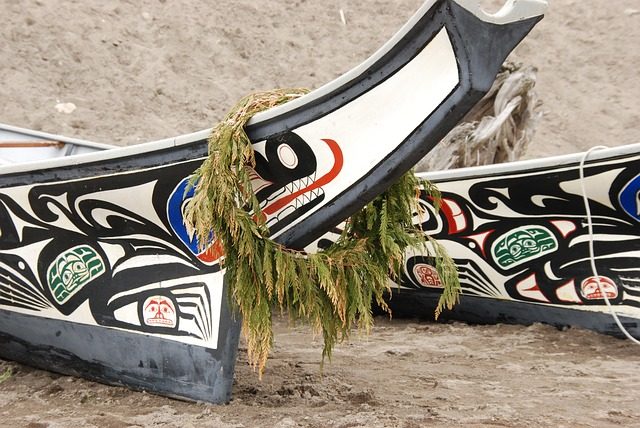 As a final word, it’s worth noting that the teller of the story, the late J.W. Burns, has a notable place in Bigfoot lore and history; arguably, it’s a massive place. On this specific issue, Loren Coleman says in his book Cryptozoology A to Z: “According to researchers John Green and Ivan T. Sanderson, this Indian-sounding word was coined in the 1920s by J.W. Burns, a teacher who for years collected stories of wild, hairy giants from his Chehalis Indian friends.  Burns combined several similar Native Canadians’ names for these creatures and created the word ‘Sasquatch.’”

The Mystery of the Lost Alien Grave of Aurora