Throughout the world there are those places that just seem to draw to themselves tales of the bizarre. Something about these locations tethers to itself tales of the weird and unusual, and high strangeness just sort of permeates them for reasons we may never understand. One such place is a relatively urban lake sitting just outside of Dallas, Texas, which for all of its popularity as an outdoor recreation area has nevertheless proven to be ground zero for all manner of hauntings and strange phenomena.

White Rock Lake itself is a man-made body of water, located on the outskirts of Dallas, Texas, and originally constructed in 1910 on farmland as a water source to alleviate some of the suffering caused by a water shortage in the urban area at the time. Upon completion in 1911, the lake drew in an influx of residents looking to build homes on the new lakefront property, and a recreational park was created around the lake in the 1930s. The area has gone on to become a popular recreation area for people from all over the state and beyond, offering all manner of outdoor activities including fishing, rowing, sailing, and hiking or bicycling along its 9-mile trail. Yet beneath the veneer of this family friendly outdoor area is a rather dark undercurrent, and the lake has more than its share of tragedies, hauntings, and paranormal mysteries.

By far the most famous ghostly tale from White Rock Lake is what is called the “Lady of the Lake.” Usually described as a spectral soaking wet beautiful young woman in a fancy white party dress, who is said to appear over the water, under it, or to wander about the lakeside and to approach cars on the nearby road to ask for a ride. The story has been told since the 1930s, and it usually goes that she will flag down cars and beg the driver for help, claiming that she has just been in a horrific boating or swimming accident and needs to get home right away. The driver, wanting to help the distressed and comely young woman, lets her in the car and realizes she is sopping wet, and as they approach their destination the woman will just vanish into thin air to leave behind a wet spot on the back seat. In some versions of the story the driver will go to the house at the address the mysterious woman has told them, usually at Oak Cliff, Gaston, or Forest Hills, only to find that either the house is abandoned or that she is the dead daughter of the startled residents, who say they have had many others who have come to their door saying the same thing.

The Lady of the Lake is usually said to be one of the many drowning or boating accident victims on the lake, possibly a young woman named Louise Ford Davis, who committed suicide by drowning in the lake in 1935, but whether any of it is true or if it is just a spooky urban legend is anyone’s guess. If it is true, then she wouldn’t be the only ghost said to lurk in the area of White Rock Lake. There are actually several haunted houses in the area, with one of these being located on the swanky Swiss Avenue. Here amid upscale newer homes is a worn down abandoned mansion at at 4949 Swiss, once the home of the wealthy socialite Mary Ellen Bendtsen. She apparently lived here for 55 years all the way up to her death, and there are rumors that her ghost still remains. Whether this is true or not, the house is supposedly definitely creepy, and a popular place to pass by on Halloween. 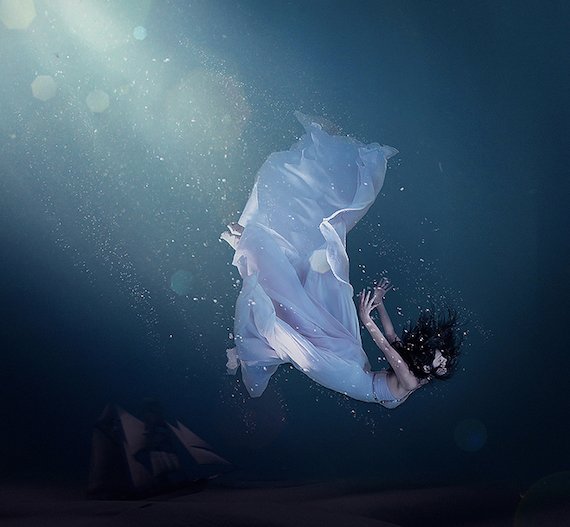 Another supposedly haunted house lies on a road called Blackbird Lane, in the area of Flag Pole Hill. The house was built in the early 1960s, and upon completion the owner allegedly promptly hung himself from the balcony. In the 1980s the house was owned by a lawyer named Jeffrey Licker, who hired two hitmen to kill Playboy model Lesia Kahl. and her boyfriend Koby Sandosky, with the victims lured there with drugs and then bludgeoned to death in the home. All the way up to the present the home is supposed to be intensely haunted, to the point that it is often mentioned as one of Dallas’ most haunted houses. Flag Pole Hill purportedly has other ghostly residents as well, such as rock throwing phantoms that are said to lurk along the narrow, winding horseshoe-shaped road there.

Other haunted places around White Rock Lake are the Cox Cemetery, prowled by shadowy figures and a popular place to play a prank that involves dropping people off to abandon them there amongst the darkened gravestones. There is also a restaurant called Snuffer’s, which is plagued with unseen hands poking employees and patrons, objects moving on their own, inexplicable electrical glitches and malfunctions, roving cold spots, and swaying pendulum lights. The haunting at Snuffer’s is said to be from the ghost of a man who was stabbed and killed there at the entrance of the restroom back in the buildings early days as a grocery store. The cast of ghosts at White Rock Lake is rounded out by a phantom little girl who skips about near the shore, the ghosts of what appear to be Native Americans, and figures that are pitch black shadow people either on shore or roaming about under the surface, and there is such a high concentration of paranormal phenomena here that Reader’s Digest magazine recently named White Rock Lake one of the world’s top 14 most haunted bodies of water. 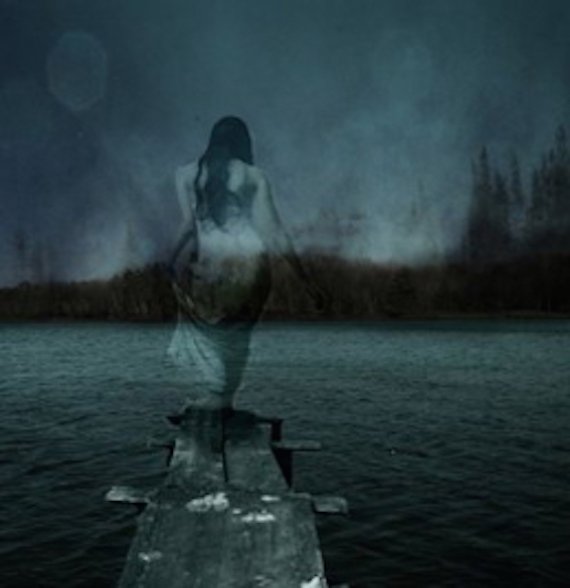 Adding to all of the hauntings is a bizarre entity said to inhabit the wooded park area of the northern shore. The creature in this case is described as a 7-foot-tall hairy bipedal beast said to be half-man and half-goat, with a horned head and hooves for feet, and it is known for its rather unsettling habit of throwing garbage and old tires at people who get too close. One rather frightening sighting was recorded by my fellow MU writer Nick Redfern, and was relayed to him by a woman named Sandy Grace. She says she had been jogging along the lakeside trail at around 2 PM when her encounter happened, with the creature striding out of the wilderness on hoofed feet right towards her with a malicious grin on its face. As the terrified jogger looked on, the monster stopped its inexorable approach and crouched down on the trail in front of her to abruptly vanish in a flash of light. One detail of the report is that she says she was totally overwhelmed with an intense, almost paralyzing dread during the encounter. Interestingly, reports of Goatmen have come in from all over Texas, and Weird U.S. says of it:

It is described as a very large creature about 7 feet tall with the horns and hooves of a goat, but standing erect. The body and legs are that of man and the face is human-like. His skin has a jaundice appearance that is almost greenish and he has long gnarled fingers with grotesque fingernails. There have been sightings of the Goatman as far south as Normangee, TX, which is over 140 miles from White Rock. People have reported seeing and hearing the creature in this rural area where there are no goat ranchers to account for the sounds.

Maybe this poor abomination of nature is trying to drive those away from his feeding grounds of local fish and game. He may be migrating further from his White Rock Lake home as development advances on the area’s natural habitat as is the case for many of Texas’ wild creatures. 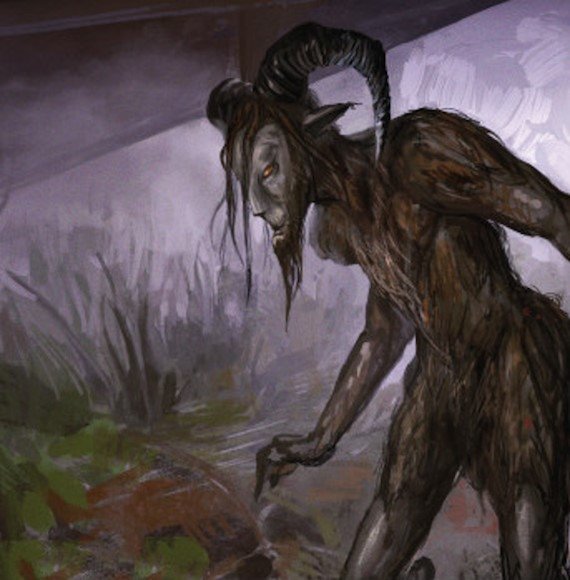 The Goatman reports are one of those types of phenomena that seem hard to really classify. It seems obvious that this can't be any sort of flesh and blood creature, and it is doubtful something like this could remain hidden in this fairly urban area right there in Dallas, Texas. Is it a demon, some interdimensional visitor, a tulpa thought form conjured into reality by the sheer power of the imagination, or just tall tales and urban legend? White Rock Lake certainly seems to have its fair share of strange paranormal activity, and one wonders just why this fairly urban place and recreational area should draw so many stories. What is it that makes this place so haunted and steeped in the bizarre? Whatever the answers may be, White rock Lake definitely ranks up there with some of the weirdest places in Texas.