On numerous occasions, Bigfoot seekers have reported finding curious creations in areas where Bigfoot has been seen. Essentially, they are teepee-like structures that appear to have been created by something with intelligence – and a great deal of strength too. The latter is made abundantly evident by the fact that in many cases the branches of the trees used to create these sometimes huge structures appear to have been wrenched off. In other cases, the branches appear to have been carefully bent over and intertwined. As for why Bigfoot might engage in such curious behavior, the theories are several. At first glance, one might assume they have been constructed to offer the beasts a degree of shelter, and particularly so during the cold, winter months. In many cases, however, there does not appear to have been any attempt made to create a canopy or walls. In other words, the structures are open to the environment and all of its attendant harshness.

Other theories are more intriguing: it has been speculated that, perhaps, the teepees represent territorial markers, created by Bigfoot creatures to alert others of their kind that they are present in the area. They may also be a warning to man, to stay firmly away – although, of course, the obscure nature of the formations effectively means that very few are of us are likely to understand such a warning, never mind act upon it. 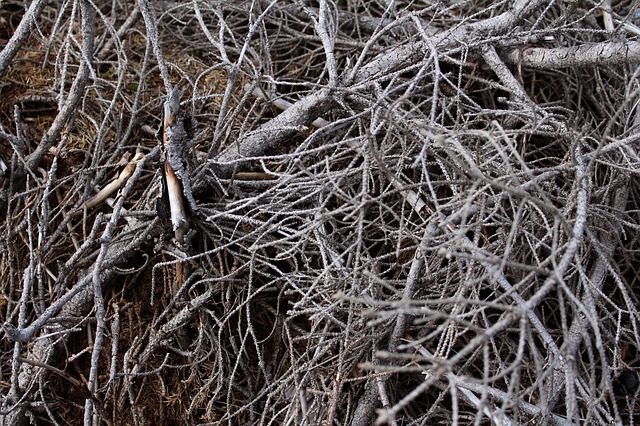 Whatever the purpose of the Bigfoot teepees, it must be said that they are very often found in areas where Bigfoot has been seen. Personally, I have found such creations on several occasions. One was in 2005 when, along with fellow creature seeker, Ken Gerhard, I traveled out to Lake Worth, Texas, to investigate the legend of the Goat Man, which may well have been a white Bigfoot. On a small island on the lake – Greer Island – Gerhard and I found just such a formation, along with the remains of a devoured fish and a large depression in the ground that gave the impression of something large and heavy having sat there for a period of time. I made a similar discovery in 2008, when I traveled to Ray Roberts Lake, Texas, with Lance Oliver, of the Denton Area Paranormal Society (DAPS). In one particular, heavily wooded part of the lake, we found numerous such creations, all of which appeared to have been fashioned with a high degree of intelligence, strength, and dexterity.

All of the above notwithstanding, it’s important to keep a sensible head on one’s shoulders and realize that at least some Bigfoot teepees are the work of Mother Nature. Jonathan Downes, of the Center for Fortean Zoology, made a good point to me on this very issue in 2012: “I’ve always found the whole ‘Bigfoot teepee’ thing dodgy as hell. I’ll give you an example. Just recently, we bought a chainsaw, as there are places in the garden – the trees – that haven’t been pruned in years. And there are bits and places where the branches have grown together in what look like quite a complicated way. This is in my little garden in Woolsery [England]. You’ve got trees and branches doing odd things. And, it is things like this that mean I’ve never been impressed by the Bigfoot teepees. I think they are purely natural phenomena and nothing to do with Bigfoot – in Britain or anywhere.”

Indeed, it would be wise to keep an open mind, but always err on the side of caution, when it comes to the controversy of the Bigfoot tree structure phenomenon.