The Bizarre Case of the Boy from Mars

In this era of the Internet there have been countless strange individuals who have come forward claiming to have made bizarre journeys or to have had experiences that do not line up with our current understanding, and in many cases these stories have gone viral for people to peruse and discuss. From time travelers, to alien abductees and beyond, it is all entertaining at the very least, and in many cases nevertheless serves to incite wonder and speculation on "what if?" One very bizarre case along these lines comes from a boy in Russia who came forward with his family to tell of strange abilities, reincarnation, interstellar travel, and life on Mars.

The life of Boris Kipriyanovich, often nicknamed “Boriska,” or "Little Boris," was always rather odd from the beginning. Born on January 11, 1996 in Volgograd, Russia, he was apparently exceptional from a very young age, able to hold his head up without support at just 15 days old, and he allegedly started speaking when he was just a few months old. By the time he was 2 he was speaking in full, correct and coherent sentences, writing, drawing, painting, and reading, and demonstrating amazing memory skills, and it seemed as if he were some sort of prodigy child genius. He also started showing an intense interest in space and planets, in particular Mars, demonstrating amazing knowledge on these matters, which was odd since his family had never exposed him to anything on these subjects and it had not been taught to him at school yet. There were no books on planets lying around, and considering he was just a few years old it was all quite odd. It was around this time his life would get even stranger than it already was.

Not long after he began talking nonstop about space, planets, and even aliens, Boris began making some rather outlandish claims. Boris began weaving a tale of how in a past life he had been a Martian spaceship pilot, and this was all explained in great detail in front of a shocked audience while the family was on a camping trip when he was 7 years old. Boris claimed that in his previous life he had been a member of a race of creatures on Mars that he described as being 7 feet tall and with highly advanced interstellar technology, and that they lived underground and could breathe carbon dioxide. According to him, Martians stopped aging at 35 years old, and were essentially immortal, but that they had been mostly wiped out in a catastrophic nuclear war thousands of years ago. Only a few of them had apparently survived, the scant few gifted individuals who were reincarnated on planets across the galaxy and were referred to as “Indigo Children,” with Boris claiming there were more of those like him who had ended up on Earth. He says that there are still some surviving Martians still up on the Red Planet as well, but that they are in ruin and nearly extinct. At one point they apparently tried to make Jupiter into a new sun, but luckily for us that didn’t work out. Pretty wild so far, but it gets even weirder.

He told everyone that he had been to Earth in the past before the war, and that he had witnessed the ancient lost continent of Lemuria and also the civilization of the Egyptians. The Egyptians, he would say, had hidden great secrets in the Sphinx and the Great Pyramids of Giza, saying, “The human life will change when the Sphinx is opened, it has an opening mechanism somewhere behind the ear; I do not remember exactly.” Indeed, Martians and the Egyptians had a close relationship at the time, he says, and that they had taught them much to help along their technology. During this talk, Boris also drew out planetary charts and explained very advanced concepts, and whether he was telling the truth or not this all caught the attention of a German professor in the audience by the name of Gennady Belimov, who was so astounded and enthralled that he recorded the entire thing. It was Belimov that would make the story mainstream, and before long the crazy tale was being printed in newspapers all over Russia and Europe.

When scientists talked with him they were allegedly very impressed with his knowledge of space, astronomy, planetary systems, space travel, and physics, which was incredibly developed for his age. Indeed, he knew so much about this stuff that scientists were baffled as to how such a young kid could possibly know and process it all. Boris also gave numerous interviews with news agencies and notably an organization known as Project Camelot, and more details of his “past life” and the Martians would be revealed, as well as his musings on the nature of the universe, space travel, and even multiple dimensions. According to him, their whole method of space travel involved dropping through parallel dimensions, which essentially allowed them to nearly instantaneously travel across vast distances. He also told of other planets with intelligent life that had met the same fate as Mars, such as a planet he calls “Proserpine,” which was destroyed hundreds of thousands of years ago, with many of those becoming “Indigo Children” to be reborn on Earth as well. He says of this:

A beam struck the planet and broke it into pieces. The planet ceased to exist, but its inhabitants teleported themselves to the fifth dimension, which you call a parallel world. Planet Earth, as a living and reasonable creature, started accepting children of Proserpine, so one can come across those people here on Earth, who remember their past life on another planet, who think of themselves as aliens. 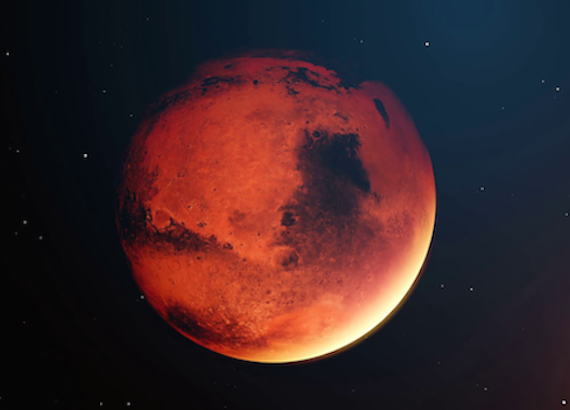 Boris has gone on to warn that Earth faces a similar fate if we do not change our ways, and it is all so completely strange that it seems as if it must be pure fantasy on his part, but it is all so detailed and with so many complex explanations that it is enthralling to say the least. You can hear numerous interviews with him on YouTube, such as one he gave to project Camelot when he was 11 years old, which you can see here, and he never appears less than completely confident and sure of his story, with no sense at all that he is making this all up, and he is obviously intelligent beyond his years. If it is a hoax then it is all very well thought out, and if it is just a delusion then he seems to fully be committed to it and to believe it is all real. Interestingly, it is not known what has happened to him in his adult years, but one commenter by the name of Saddha Dhammapali claimed on the site Quora:

Boriska is said to have disappeared along with his mother and a number of attempts by Western Journalists to track him down has failed. One journalist had been informed by one of Russian associate that Boriska is now in a remote village under the protection of Russian Government and an attempt to reach him would be futile. A several psychics have claimed that they have been able to communicate with Boriska through their minds and that they have been replied by Boriska with a similar saying that he is in a remote place with his mother but he is doing okay and that the Russian Government has something to do with it.

What is the deal with this kid? How did he know all of these things and what possessed him to come forward with such an off-the-wall story? Is this just an intricate piece of fiction, the ramblings of a gifted but troubled mind, or is there anything to it at all? Of course the consensus is that this was ether a hoax or a real genius tricking everyone, but it cannot be denied that it is a damn strange story, and one wonders just what happened to this guy. Wherever the answers may lie, it is a weird peak into the mind of a truly bizarre individual, and a wild ride all the same.