The Bizarre Story of the Bromley Batman

In this day and age of superhero movies who among us has not ever from time to time imagined becoming one yourself? There is a special allure to the fantasy of prowling the streets looking for bad guys to thwart, of being the hero to help those in need, of being powerful and special. For most of us this is just a passing thought or daydream before we get back to whatever we were doing, but there is one who has actually acted on it, and for three years the streets of London and beyond were patrolled by a masked vigilante, every bit a real superhero, who crept from the shadows to deal out violent justice before disappearing into history without a trace. This is the bizarre true story of the Bromley Batman.

In 2015, strange sightings began to come in of a mysterious individual prowling about the darkened streets of crime infested areas of South London, in particular the borough of Bromley and the neighboring towns of Penge and Lewisham. The bizarre figure was described as being about 6 feet tall, very muscular, and wearing black combat pants, a black suit, and a black mask, with those who saw him up close saying he had a well-kept beard and a deep voice. For all appearances he seemed to be some sort of masked superhero, but far from being some cosplaying weirdo, this guy seems to have actually meant business.

Numerous reports began to come in of this masked vigilante fearlessly stepped from the shadows to fend off dangerous criminals to fight them and save people from various crimes, supposedly demonstrating an immense level of strength and martial arts prowess. He started making headlines when he began fighting all manner of street crime, with some of these reports rather sensational. One of the first spectacular reports was when he saved a city worker from being robbed at knifepoint in Bromley town centre, of which the witness would say, “out of nowhere, a man about 6ft tall, dressed in black combat trousers and a muscle top, and wearing a black bandanna mask, came running towards them. He kicked the biggest of my attackers to the ground, which must have knocked the wind out of him.” 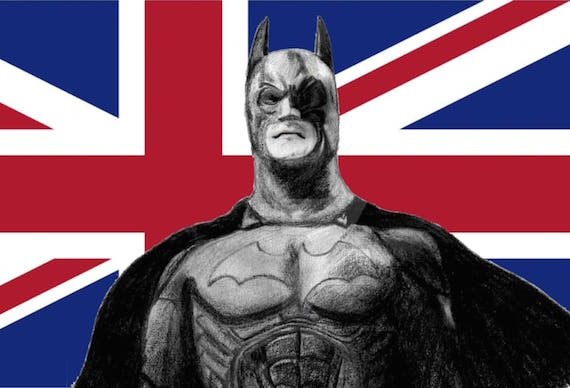 From there the reports of being rescued by this mysterious stranger, who would go on to be called “The Bromley Batman,” began to come in at a frantic pace, and some of the reports are quite spectacular. One woman claimed that her and her boyfriend had been walking along in Cornwall when they were menaced by a mugger and the Bromley Batman came charging in, and she would say, “He grabbed the man and twisted his arm up his back and laid him down on the ground kneeling on his back. Then turned to us and said 'get the hell out of here you morons.'” Another couple celebrating their anniversary was saved in the area of Croyden, South London, after they were surrounded by a group of thugs who threatened them and demanded all of their belongings. When the Bromley Batman appeared from the gloom he was “dressed in black from head to toe,” and witness Kyla Simpson says of the scene that would unfold:

He struck the man on the nose and kicked him in the belly and he went down to the ground. The man's friend jumped on the man in black's back to which he then grabbed the man and flung him right over his shoulder and onto the pavement and hit him until they both said words to the effect of 'stop mate stop its cool.’ The man in black was heavily stubbled and about 6ft 2 with a mask a bit like in the Zorro movies, he was well built and looked like he could handle himself.

The Bromley Batman also came to fend off would-be purse snatchers. 31-year-old Harriet Winger described how she had been in Bexley when a gang of youths tried to run off with her handbag, but they didn’t get far. The vigilante allegedly appeared as if out of nowhere and quickly and decisively took out the thieves, displaying incredible confidence and martial arts skill. Winger says of the rescue:

He grabbed the man holding my bag and got him into some kind of wrist lock and kicked the other man straight in the face and he went down. The guys in the other car screeched away and drove off. He then laid the man in the wrist lock on the floor and looked around at me whilst holding him down and said 'come here, it's OK, take your bag.' 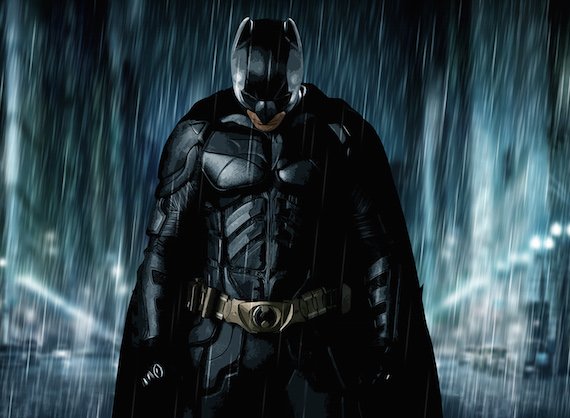 Just a few months after this, 41-year-old Sandie Glover was walking home from a pub in Bexleyheath when she was chased by a man trying to steal her bag. Suddenly the pursuer seemed to be gone, and when she looked back he was flat on his back with the Bromley Batman looming over him. Glover would say that the man called himself “The Guardian,” and she says, “I can't believe this sort of thing is actually real and happening because it's like a movie.” She says she almost ran away again, but the mysterious stranger reassured her in a deep gravelly voice that it was safe, and she felt she could trust him, saying “For some reason I felt at ease with his friendly voice. He said his name was Guardian, and laughed when I asked if it was his real name. He said he was only the guardian for people who need him.”

Another report like a scene from a movie came from Cornwall, where a John Salter, 35, was on holiday with his girlfriend. He claims that he and his girlfriend were surrounded by a group of drunk men who attacked them and punched Salter, after which a large man dressed in black and complete with a mask and bandana “appeared out of nowhere” to engage to assailant. Salter’s report of the incident reads like an action scene in a superhero movie, with him explaining:

I was approached by three lads whilst out with my girlfriend in town quite late at night. They were very drunk and one hit me in the face. Then out of nowhere a man wearing black with a bandanna and mask on, who was about six feet tall with a stubbly short beard, jumped in to protect me and fought off the men. He threw one of them to the ground and kicked the other one in the chest. He went flying back and onto the ground, and he then grabbed the last man and threw him to the ground. The men got up and stumbled away. He told me he was the Bromley Batman and then said to me in a very apparent London accent 'I suggest you be more careful. Even in Cornwall you're not safe', and then he said 'enjoy your holiday.'

Over a three-year span between 2015 and 2017 such reports were numerous. A woman who was sexually assaulted in Greenwich by a vagrant told how the Bromley Batman had valiantly saved her. A man in the area of Penge claimed that he was attacked by a drunken man and the vigilante had come out of nowhere to put the assailant in a “ninja lock.” In another account a black man claimed that he had been targeted for a hate crime in Kent by two attackers and the Bromley Batman had come barreling in “like a battering ram” to take them out, putting one in a wrist lock, kicking the other, and eventually pinning both to the ground. These reports and many more like them were widely reported in the news and the Batman’s legend grew, yet curiously law enforcement officials were very vague and opaque about it all, saying little at all on the matter and in many cases denying that there was any such vigilante at all, although the witnesses knew what they had seen. 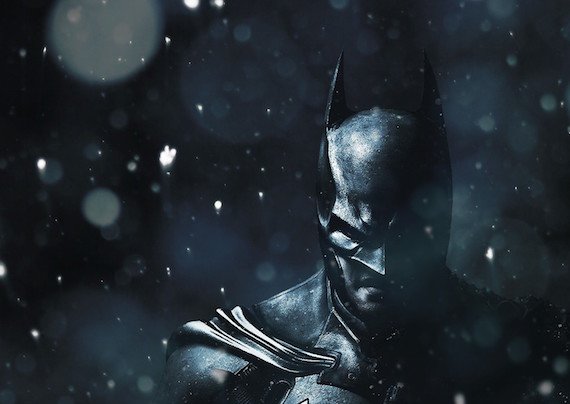 In the meantime, there was much speculation on who the mystery man could be. No one had seen his face, his identity was a complete mystery, and people were talking. On only one occasion did the Bromley Batman come forward to make any sort of statement himself. On June 2015, The Evening Standard published a statement from the Bromley Batman himself, proving his identity by providing unpublished details of the crimes, in which he describes himself as having a day job, as being “younger than 50 but older than 25,” and as having studied martial arts from a very young age and a previous job, possibly military. He also told the press that he preferred to be called “The Shadow” rather than The Bromley Batman, and he was otherwise highly secretive about any personal information. In his statement he would explain his motives and give a message to the people, saying:

I just want to make a difference and leave this world a tiny bit better for the younger generation to inherit. I got sick of seeing crime on the news and in the papers with rarely anyone willing to step in and help people in need. I just remember one day thinking: 'I have the skills to help, so what am I doing with my life?' I sat and watched crime being reported and news about scandals in parliament, and thought: 'This world is f***ed up and needs some help'. I don't go looking for trouble. I hope every time I go out that I don't come across it. But I do go to areas that generally are known to need help. I patrol lots of areas around London, and in some areas the police are much better than others.

I am doing this for future generations to feel safer. I have seen the world get increasingly dangerous and unstable. We all need to stand up and be counted, not stand by when people need us. Let us please try to leave a better world for our children and learn from our previous mistakes instead of making the same ones over and over again. I'm glad the people I have helped are OK, but there isn't any thanks needed. Just raise a glass or something and then forget about it and get on with your lives - I wish you all well.

In 2017, the Bromley Batman just suddenly stopped appearing for reasons unknown, seemingly vanishing without a trace. He was sighted and encountered all over London and beyond, and then he was just gone. Speculation as to why includes that he died, moved away, got some sort of new employment that prevents his nightly escapades, or simply got tired or worried for the safety of his loved ones and hung up his cowl. To this day no one knows who he was or what really drove his motivations to risk his life on a regular basis for total strangers. He is a specter, and the legend of the Bromley Batman lives on.