The Bizarre World of the Phantom Time Hypothesis

There have been wild, bonkers, sometimes even flat-out insane conspiracy theories stretching back for some time now. Flat-Earthers, clones of celebrities and damn reptillian imposters, and many, so many others. There seems to be no end to our trying to come to grips with the reality that is presented to us, sometimes through hypotheses that may raise quite a few eyebrows with the average person. One of these must surely be the idea that not only are several centuries of the history you think you know nonexistent, but that you are now living in the 18th century and most of what you know about history is wrong. Welcome to the weird world of Phantom Time Theory.

It all starts with a German historian, publisher, and author Heribert Illig, who was a strong advocate of historical revisionism and had an obsessive interest in revising and updating conventional chronologies of prehistory and of Ancient Egypt in particular. He then turned his eye towards the early medieval period, which he became convinced was suspiciously devoid of deep or detailed historical records, and so began to develop and concoct a hypothesis to account for this. His answer was bizarre to say the least, as in the opinion of Illig it was all just a matter of the fact that the years 614-911 A.D. simply had never happened. Wait, what?

According to Illig, it all revolves around the Roman Emperor, Otto II, and Pope Sylvester II, as well as probably the Byzantine Emperor Constantine VII. It seems that one thing all of these leaders had in common was that they all thought that it would be meaningful to rule in the the millennium in the year 1,000 A.D., as it was a millennial milestone in “anno domini,” or “the year of the Lord.” The problem was that they were several hundred years short of this mark, and so Illig claimed that they had conspired to advance the European calendar several hundred years in order for it to be the date they wanted. To do this they supposedly rewrote future history, modified the calendar, altered records, forged documents, and just straight made up events and historical figures, all in a sophisticated, orchestrated intentional transformation of history, leaving just about 300 years on the cutting room floor and making it 1,000 AD. According to what has come to be called “The Phantom Time Hypothesis,” everything that we think we know happened in the early Middle Ages either happened in other time periods or was simply made up, in a series of what Illig calls “divined chronological distortions,” and that we are now actually living in the 18th century.

There is a lot of “evidence” that Illig and later proponents of the idea would put forward. Perhaps the main thing that Illig used to illustrate his hypothesis has to do with the Gregorian calendar, which was introduced in 1582 by Pope Gregory XIII and is the one we use today. It was conceived of by Gregory as a way to fix a 10-day discrepancy that existed in the former Julian calendar, which had been put into effect in 45 BC. The discrepancy was caused by each year of the Julian calendar being 10.8 minutes too long. The common calculation by Gregory was that 1257 years had passed between both calendars, but according to Illig’s math it was modified to be more like a 13-day discrepancy, making it more like 1,627 years that had passed.

There is also the notion posed by Illig that many of the events and people that supposedly happened during the mysteriously added years just don’t mesh or add up. He cites numerous historical gaps and inconsistencies, and claims that the histories of some figures such as Holy Roman Emperor Charlemagne and the ruler Alfred the Great were so unbelievable that they must surely be fictional characters. Another major inconsistency according to Illig concerns the great city of Constantinople, which once served as the capital of both the Roman and Byzantium Empires. By Illig’s rationale it seems odd that the city began as a humble farming village in 558 AD and yet was completed in 908 AD, meaning that it inexplicably took 350 years to construct the city, a figure Illig didn’t think made sense and with little to account for it.

He also cites the existence of clear Romanesque architecture present in 10th century Western Europe, meaning the Roman era ended later than thought, and various inconsistencies in dating things from the early Middle Ages, as well as a great reliance on written records from this time period, which he claims were likely forged, as evidence that these centuries simply never happened. It also is seen as rather odd that most of the scant archeological evidence that has been taken from this era has not been reliably dated to coincide with those years, according to him. There is additionally the suspicious detail that turned him onto the hypothesis in the first place, that although there are many historically significant and wondrous events that happened before and after 614 to 911 AD, these years themselves seem scant on anything of importance and are actually rather boring, indicative of them just being sort of thrown in there. This is further exacerbated by the fact that there was also very little technological development or advance in certain areas such as architecture, ceramics, literature, and agriculture during the time period in question, and in Illig’s opinion they just seem far less fleshed out than the eras before or after. 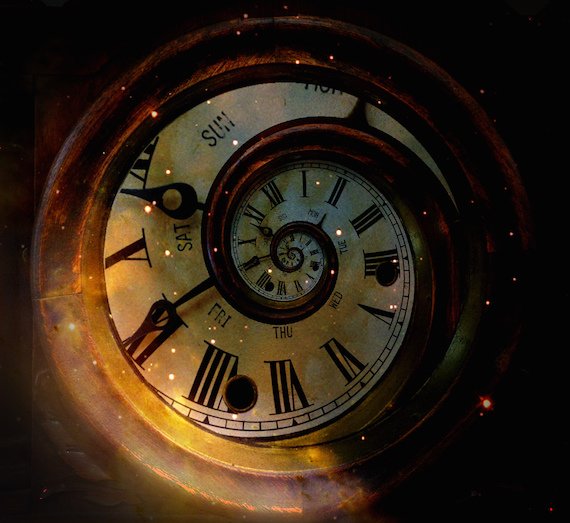 The idea that there was a conspiracy to just make up 300 years and that we are really living in the 18th century all sounds completely absurd, and to the vast majority of real historians it is. Not only is all of this “evidence” of this hypothesis, which was first released in 1991, circumstantial at best, but it is all a very large leap to a bizarre hypothesis based on just a few inconsistencies in the historical record, which could have plenty of other explanations. There is also the fact that the hypothesis seems very Euro-centric, and sort of brushes off the clear evidence of these time periods in the Islamic world, China, the Byzantine Empire, and Anglo-Saxon England, and if this was all faked as well, then it would have been a massive undertaking that seems beyond the scope of just a few plotting leaders who thought it would be cool to rule in 1,000 AD. There are also certain events and astronomical predictions that seem to have indisputably happened during Illig’s phantom years, leaving Phantom Time mostly dismissed as pseudohistory within the mainstream.

However, there are actually a surprising number of people who endorse the Phantom Time Hypothesis and argue and debate it to this day, with one of the most well-known of these “Phantom Timers” being Dr. Hans-Ulrich Niemitz, who in 1995 published a paper titled Did the Early Middle Ages Really Exist? We are left to wonder just how much water any of this holds, and to those who seriously study history it holds none. Yet, that hasn't stopped the Phantom Time Hypothesis from being discussed to this day, and it has certainly lodged itself up there with some of the more well-known and controversial conspiracy theories, for better or worse.