The Dark Tale of a Medieval Witch Hunting Manual

The 15th century was a dark time in Europe, an era in which black magic, witches, warlocks, and evil spirits were thought of as very real threats lurking in the shadows of the land. Across Europe and later in the United States witches were to be hunted down and exterminated with extreme prejudice, their very existence a blight on the earth. It often didn’t matter if you were really guilty or not, as often just the mere suspicion that one was a black magic practitioner was enough to gain a death sentence. Thousands were dying due to these witch hunts, yet for as much as it seems to all be chaotic and ruthless murder, there was actually a system in place with guidelines for witch hunting, and there were several manuals outlining the “rules” of it all. Perhaps one of the most famous, widely read, and most influential of these witch-hunting manuals was released upon this landscape of darkness in 1487, and is a spooky compendium on witchcraft, demonology, methods for battling black magic and demons, and intricate guidelines for the persecution, execution and torture of witches.

The Malleus Maleficarum, commonly translated as the “Hammer of Witches,” was originally written in Germany in 1486 by a former clergyman and Inquisitor with the Dominican Order and Inquisitors for the Catholic Church by the name of Heinrich Kramer. He had long been involved in witch hunting and demonic exorcisms, but had fallen from the Church’s good graces and been discredited in 1484, after a failed effort at prosecuting alleged witches in the Tyrol region. Exiled from the town and called “senile and crazy,” he set out to build up his reputation once again by work creating the ultimate compendium on demonology, exorcism, witches, and how to hunt, identify, battle, interrogate, and persecute them. He also sought to systematically prove that witchcraft did exist, as in the Church’s eyes black magic did not exist at all outside of the delusions of the damned, but rather it was all the doing of demons. To this end he wrote the Malleus Maleficarum with the help of theologian Jacob Sprenger, published it in 1487, and submitted it to the University of Cologne’s Faculty of Theology in order to gain their endorsement. 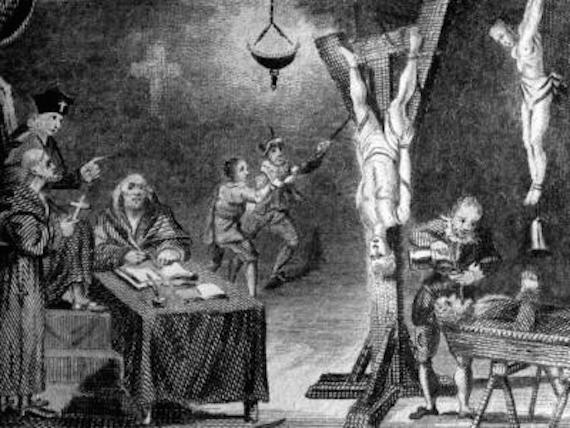 It is uncertain if they ever did get the accreditation that they wanted from the University of Cologne. Although the book includes an alleged Letter of Approbation from the university, this has been accused as being a forgery by some historians, but it doesn’t really matter since whether it was accepted by the Church or not the Malleus Maleficarum went on to become highly popular and widely circulated. In 1490, the book was condemned by the Catholic Church as being unethical and inconsistent with Catholic doctrines of demonology, and subsequently put on the list of banned books called the Index Librorum Prohibitorum, but this seems to have done little to stop the enduring popularity of the text, with it becoming the go-to manual for witch hunters, Inquisitors, and secular courts all over throughout Late Medieval Europe, going through countless editions and revisions over the years, its widening reach helped along tremendously by Johannes Gutenberg’s invention of the printing press.

The contents of the book itself are unflinchingly and wholeheartedly devoted to the absolute condemnation and destruction of all witches, and is divided into three main parts, all of them with lengthy, unwieldy titles. The first part is called “Treating on the three necessary concomitants of witchcraft which are the Devil, a witch, and the permission of Almighty God,” the second is “Treating on the methods by which the works of witchcraft are wrought and directed, and how they may be successfully annulled and dissolved," and the third is titled “Relating to the judicial proceedings in both the Ecclesiastical and Civil courts against witches and indeed all heretics." Each of these parts deals with a different aspect of witch hunting in great detail. 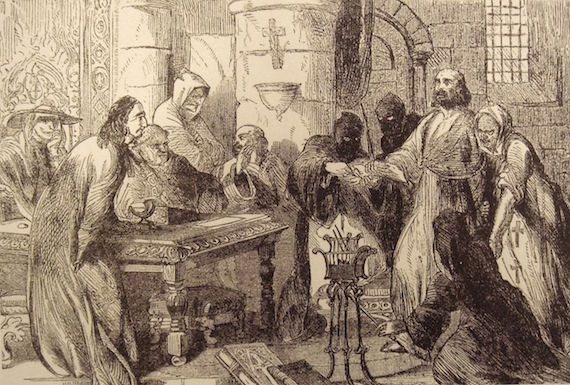 The first part is mostly devoted to establishing the fact that witchcraft is real, and seeks to refute skepticism on black magic by the Church, which dismissed it all. It claims that witches are in a pact with the Devil himself, and that through this they are granted their magical powers, and reasons that since the Devil is real so must be witchcraft. This section comes with many supposed actual case histories of demonic possessions and witchcraft that are aimed at validating or proving the existence of these dark powers. Indeed, demons are claimed to be a big part of the whole thing, as it is they who give the witches their power, and this often involves carnal sexual relations with demons. There is also a rather large section devoted to incubi and succubi, which are demons that feed off of sexual energy and seek to corrupt the innocent. When reading this section of the text it is easy to get the impression that the author is just as perverted and fixated on demon sex as he is a demented madman.

The second part of the book goes more into the specifics of demonology and witchcraft, and has to do with the different types of witchcraft and the many forms it takes, and also explains the different powers and abilities of witches and how to identify them, as well as their recruitment strategies for corrupting others into their insidious ranks. In addition to this there is a complex literature on how witches cast their spells and how to protect oneself from their nefarious harmful magic, and there is much musing on the precise nature of demons, which drive their power. The section also says that witches are prone to infanticide, cannibalism, and other atrocities, casting them in a very unflattering light.

With all of this established, the third section delves into the legal aspects of persecuting and combating witches, mostly aimed at judges and Inquisitors in court cases. A step-by-step procedure is laid out on how to conduct a witch trial, including all of the intricacies of accusing, interrogating, and torturing witches or witnesses, as well as how to charge the accused. Torture is thoroughly encouraged, the death penalty is highly endorsed throughout, and there are several odd claims made in this section, such as that a confession is proof enough for a conviction, women are more likely to be witches than men as they are claimed to be more carnal and weaker of faith than men, and that a woman who does not cry at her trial is surely a witch. Indeed, the entire text is infused with a deep and contemptuous discrimination against women in general, and it is highly misogynistic. As a matter of fact, Karamer often claims that women are naturally corruptible and prone to becoming witches, as if to merely be a woman is to be doomed to a life of black magic. 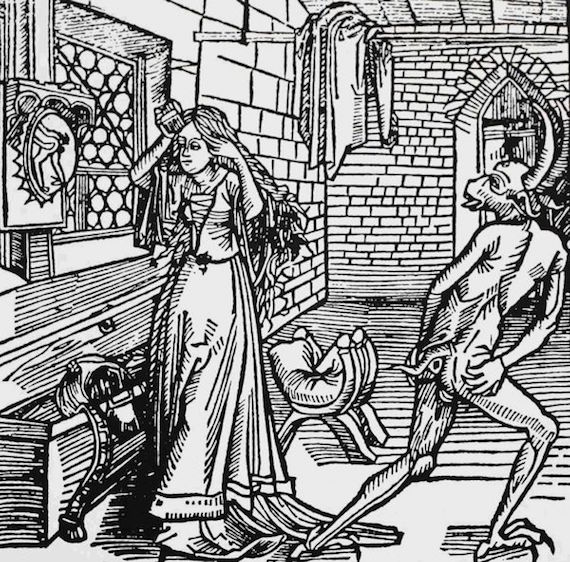 Kramer would continue to write many treatises on witchcraft and be widely regarded as a top Inquisitor right up to his death in 1505, and he would leave a grim legacy behind. It is worth noting that before the publication of the Malleus Maleficarum witchcraft had only rarely been met with the death penalty. It had never before been considered to be heresy, and punishments were not typically particularly brutal at all, mostly slaps on the wrist and with torture pretty much nonexistent in these cases, but this book changed all of that, indeed transforming the entire landscape of witchcraft and how it was processed. The embrace of this text by secular courts served to launch a new era of brutality and swift, harsh punishment upon accused witches, and greatly contributed to the growing paranoia and fear of witches throughout Europe at the time, creating a witch craze and rabid fervor to eradicate them that continued on well into the 16th, 17th, and 18th centuries. Witches became irredeemable heretics that needed to be ruthlessly stomped out, and black magic came to be seen as one of the greatest sins one could commit, with women in particular targeted, all largely because of the influence of this book, to the point that it has sometimes been compared to Mein Kampf in terms of its despicable and horrifying effects on society, and it has sometimes been called “one of the most blood-soaked works in human history.”

The witch hunts of the past are some of the worst atrocities in human history, and even now such things are believed in the far flung corners of the world. That this text contributed so much to this dark chapter of history is unfortunate, but a grim reminder of the more macabre aspects of the past. There are still many mysteries to the Malleus Maleficarum and its role in the extermination of witches, and it remains highly debated and studied to this day. It is a tome of weirdness that once fueled much tragedy, and which continues to fuel discussion, a testament to the depraved depths of the potential evil of humankind and a warning to never let it happen again.

DNA of an Ancient Virus May Help Kill Modern Cancer