The Mysterious Lost Language of the Angels

Human beings have had thousands upon thousands of spoken and written languages, which have been with us since time unremembered. Some of these languages have been lost to history or gone extinct, or have very few speakers, to put them on the brink of annihilation, but one of the strangest of these is a language said to be not for humans at all, but gifted to us by supposedly real angels. It is a language purportedly lost to history, only to pop up again and become an enigma that hasn't really been solved. This is the story of the lost language of the angels.

In the 16th century the occultist, spiritual medium, mathematician, astronomer and astrologer John Dee was a well respected and influential member of London society, and scientific adviser to Queen Elizabeth I. This was not a man associated with being a quack, in the beginning having no interest in the paranormal at all, but along with fellow occultist Edward Kelley in 1581 they began to make bold claims that after years of attempts at contacting the spirit world they had been successful in actually establishing communications with real real angels, and that the reason that they had been able to do this was that they had made their first forays into cracking the supposed ancient lost language of these entities.

The idea of some sort of language beyond humans and used for angels was not a new one at the time, but it had always been just this mystery that we were never meant to know and which was supposed to be forever outside of our grasp. However, it was widely believed that if one could somehow learn this angelic language then one would be free to converse with them and be privy to all manner of secret knowledge and great powers. According to Dee and Kelley, they had managed to do just this through the use of rituals and various paraphernalia such as a crystal ball and black obsidian mirror. During these sessions it was claimed that angels would appear to them, and a scrying stone was used to record everything they said. These angels who manifested themselves would supposedly teach their language to them, and made incredible claims that the use of this language would allow practitioners access to great supernatural powers, and that it would change the very landscape of Europe.

Dee called this language “Angelical,” the “Celestial Speech,” and the “First Language of God-Christ,” although it is more commonly referred to now as “Enochian,” and it was purportedly claimed by the angels that it had been spoken since the beginning of the universe, that it was the language God used to create the world, and that it was later used by the first man Adam to speak with God and the angels. Indeed, it was claimed that Adam would go on to forget the language and create proto-Hebrew based on what he could recollect of Enochian, which would become what Dee calls the “universal human language.” According to the angels that Dee and Kelley were supposedly interacting with, the last human speaker of the language before them was the Biblical Patriarch Enoch, who had lived for 365 years before being brought to Heaven without dying, and that they had been chosen to carry it along to human kind once again.

To this end, Dee and Kelley went about documenting and chronicling this mysterious language in their private journals, laying out the grammar, syntax, vocabulary, and even a sophisticated writing script, which is read from right to left and comes in several different fonts. This collection of material would form the basis of their book Liber Loagaeth ("Book [of] Speech from God”), which consists of 49 great letter tables containing countless words in Enochian and all of the grammar and syntax. The two occultists supposedly recorded hundreds of conversations with the angels in this language, and both Dee and Kelley’s journals contained detailed drawings of the characters of the Enochian alphabet, which are actually more like glyphs. Dee would use this alphabet to pen his work called the Angelical or Enochian Keys, which is composed of 48 poetic verses, called Claves Angelicae, or "Angelic Keys,” that are closely tied to the Enochian Magic system, or basically magic powered by angels, and they were seen as essential to learning the angelic language. 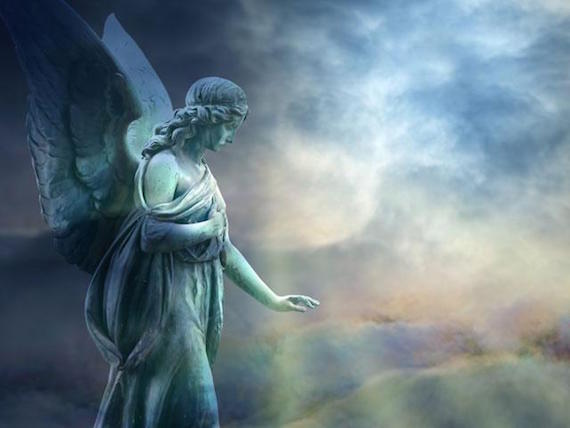 The Enochian language would be discovered in later years within these writings and journals and studied by linguists, which would prove to shed more light on this mystical language, although there is the problem that parts of Dee’s original manuscripts on the matter have been lost. Opinion on the validity of this mystical language vary, and how much water it holds as a language of angels largely depends on who you ask. For some it is the oldest language in the universe and a powerful tool for contacting the realms beyond our own, while others are more skeptical. Linguists believe that, although it has been very well thought out, Enochian is suspiciously similar to English in many ways, and careful analysis of the language has shown that it is not only really not all that special for a supposed divine language, but that it exhibits characteristics that are just not present in naturally occurring languages. Basically, for all its complexity it just seems like it was made rather than formed naturally, most likely using English as a template. It is just not a consistent language at all. It is full of weird anomalies, and sometimes almost too perfect, while at others demonstrating qualities of glossolalia or “speaking in tongues,” wherein there are speech-like syllables and words that lack any real inherit meaning, but which sound like some form of language, including accent, rhythm, intonation and pauses.

Despite this criticism from linguists, the Enochian language has become very popular among occultists and magic practitioners, getting popularized by such well-known figures as Aleister Crowley, Israel Regardie and Anton LaVey, and it has perhaps ironically become a go-to language for Satanic rituals and practices. Considering that so many of the original notes have been lost, it is really hard to get a clear picture of just what the extent of this "lost language" is, and it has remained steeped in mystery, with those claiming it is a key to great power or just a made up hoax. Did Dee and Kelley really uncover a lost langelic anguage of power, or is this all just a fabrication? Whatever the answer may be, the supposed lost language of the angels has managed to maintain its mystique and to be discussed to this day.