The Mysterious Underground City of Turkey

In 1988, construction workers in the Aydıntepe district of Bayburt Province, Turkey, were doing work on a site when they accidentally stumbled across a rather strange discovery. Meandering off into the ground was some sort of passageway that down into the gloom right under a major residential area, and when it was explored it was found to be quite the amazing sight indeed. More than just a series of passages, it turned out that this was an entire ancient subterranean city carved directly into the rock, its creators a mystery, and it what has gone on to become known as the underground city of Aydıntepe has become one of Turkey’s most mysterious and archeologically important sites.

The city itself lies an average of 2 to 5 meters (6.5-8.2 feet) under an area full of houses, offices, and streets, where it long lay undetected coexisting with a modern world that didn't even know it was there. It is a vast complex, which features a network of chambers, corridors, galleries, and hallways, and various other rooms such as cellars, storage rooms, water source and even a pool, all hewn directly into the rock, which is a type of volcanic tufa rock formation. Most of the chambers, galleries, and halls have ceilings at a height of 6.6 feet, and the halls themselves are an average of 1 meter (3.2 feet) wide, making them very tight and difficult to navigate for the average person. The rooms range in dimension from 2 meters by 1 meter (6.5 feet in length, 3.2 feet in width), to the larger chambers that are much more spacious. Oddly, above the hallways are conical shafts with purposes unknown, although they are thought to have been perhaps used for ventilation or keeping an eye on visitors. At the entrance to the whole thing is a round slab of rock that can be moved to position itself as a sort of door barring entry.

It has been estimated that the structure dates back to around 3,000 years ago in the Late Roman or early Byzantine era. What makes it all particularly impressive is that none of it uses any building materials, with all of it expertly carved into the stone displaying an incredible engineering prowess for the time. Aydıntepe District Governor Yeliz Yıldızhan has said of this amazing construction:

The most important feature of the city is that it was created without using any construction material. It was carved out of the main rock. The opposing chambers, galleries, water ditches, observation spots, ventilation pipes and holes on the walls for lighting amaze us with the engineering and architecture skills of the era [it was created]. How the bedrock was carved to form that work of art, how this structure is made with human labor astonish people today.

While we know when it was built and how it was built, a big mystery of the underground city is what purpose it served or why it was built underground. There seems to be no evidence of permanent habitation or religious imagery, making it unlikely it was used for rituals or as a dwelling, and there are no tombs within it. One idea is that it might have served as some form of prison or dungeon, which would explain why there are openings over the halls that could have been used for surveillance of prisoners, and still another idea is that it might have been used as a shelter in times of need, although a shelter from what is unclear. One archeologist working on the site has said of this theory:

The mechanisms to close the doors of the city in entrance and exit, the shapes of the ventilation windows and the locations of the rooms show us that the city served as a shelter. Some experts say that people used this place as a settlement since the winter is so cold in the region. Of course, further examinations are needed to make these theories clear. 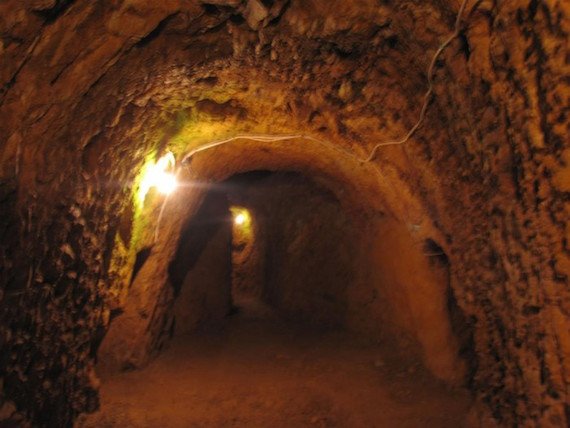 Another mystery is that no one is even really sure how big it is, with new galleries and passages uncovered all of the time, and although 1,200 square meters (13,000 sq. feet) have been unearthed so far, it is thought to span a much vaster area, perhaps even all the way to the city of Bayburt, around 25 km (15 miles) away, and the use of ground penetrating radar has become commonplace in investigations of this mysterious place. The entire site was put under protection by the Cultural and Natural Heritage Preservation Board in 2008, and in addition to ongoing archeological studies to uncover its true size, origins, and purpose, it has also become a popular tourist attraction in the region, drawing in an estimated 16,000 visitors in 2018. Perhaps as we learn more the secrets of this magnificent buried place will be gleaned from it, but for now it remains as much a mystery as it always has been, and a tantalizing peek through time at a civilization long lost.