The Mystery of the Wolf Girl of Devils River

Stories of feral children have a certain allure to them. What if we were taken and raised not by other human beings but by animals? Would we retain our humanity, or would we become not much more than a snarling beast? Tales of feral children make us question what exactly it is to be human, raise speculation on the roles of nature and nurture, and such stories have been popular around the world. One odd and mysterious such story of a feral child comes to us from the southwestern United States and Mexico, where a baby was supposedly raised by wolves to go on into legend.

The origins of this strange tale go back to 1830s, and it all starts in the rugged wilds of the U.S. state of Georgia, where there lived a fur trapper by the name of John Dent and his partner Will Marlo. For years they had had a good partnership, and reveled in the bounty of wildlife the region had to offer, making a good amount of cash on their fur trapping enterprise, yet things supposedly changed in the spring of 1834, when the two men got into an argument over how to divide their winter catch. Marlo was under the impression that Dent was trying to cheat him. It soured their business deal, and things eventually escalated into a physical altercation in which Dent stabbed Marlo to death in a fit of bloody rage.

Dent at the time had fallen in love with a young woman named Mollie Peters, and with charges of murder hanging over his head and blood on his hands he allegedly took her away to head west and escape to a new life,  eventually settling in the wilderness of Texas just outside of a town called Dolores, near the junction of the Devils River and the Rio Grande. The town itself met a tragic end when it was attacked and its residents massacred by the local Native tribe, who according to legend unceremoniously dumped the bodies of the murdered into a haunted lake that would go on to be called Espantosa, meaning “frightful.” Dent and Mollie managed to survive this ruthless raid in the wilderness within their log cabin far enough away from the killing to escape notice, and they continued to eke out a meager existence on the fringes of society. There out in the rugged badlands far from any other settlements Dent worked on trapping enough fur to make the money they needed to move back to civilization, which was becoming ever more important as Mollie was pregnant.

According to the tale, Mollie went into labor one day and Dent had no choice but to leave her at the cabin by herself and head towards a small settlement 40 miles away, little more than a goat ranch outpost just across the border in Mexico. On his way there was supposedly a fierce thunderstorm that descended upon him, and he was luckily able to get through the slashing rain and wind to find the help of a Mexican rancher and his wife, who agreed to go with him back to his cabin to help. Unfortunately, as they were leaving a bolt of lightning would crash down to strike Dent dead right in front of the horrified Mexicans, and the storm became so ferocious that the couple had trouble reaching the trapper’s log cabin, where Mollie was by herself in labor. It was not until morning that they reached Dent’s home to find his wife dead, appearing to have died in childbirth, yet oddly, there was no sign of the baby, and considering there were wolf tracks found all over the place it was assumed that the animals had dragged it off to eat it.

This might have been the end of the story, the fate of John Dent, Molly, and their baby just another casualty of a harsh era in a lawless, wild land, if it were not for some strange reports that began to come in over the years. In 1845, exactly 10 years after Mollie’s death, a boy at San Felipe Springs claimed to have seen a “creature with long hair covering its features, that looked like a naked girl” running about with a pack of wolves attacking a herd of goats. This report was widely met with skepticism by many of the locals, but the story struck a chord with other settlers of the area who believed it.

The tale of the “Wolf Girl of Devils River” would get more fuel when a year later a Native woman in the same vicinity claimed to have seen a naked, wild looking girl eating a freshly killed goat alongside some wolves. According to the report, when they realized they had company they all bolted, and the girl was described as running on all fours and being able to keep up with the wolves. When the bizarre report was investigated by locals there were allegedly found both the tracks of wolves and those that looked to be from a young child. It was around this time that people would begin making the connection between the sightings and the tragic tale of Dent and his missing baby, speculating that the Wolf Girl was in fact the missing child, taken away to be raised by wolves far from human contact. 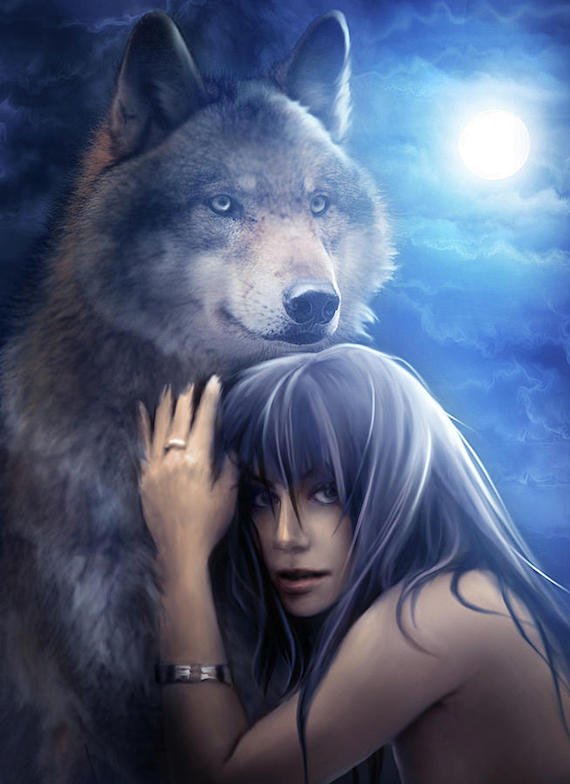 As more sightings of the girl came in, a hunt was organized by an armed posse of ranchers to go look for the girl and her pack and investigate whether there was anything to the tales. The band of cowboys purportedly found her in a remote side canyon accompanied by two large wolves that ran off at the sight of the men. The girl ran in a different direction, and although she was described as being extremely swift, the party allegedly managed to corner her in a crevice between some boulders. Capturing her was apparently no small feat, as she growled, howled, clawed, and bit at the men like a wild animal, displaying strength far beyond what her size suggested and a ferocity that stunned them all. In addition to this, one of the wolves that had run off came to help her, rushing the cowboys only to be shot and killed. This is said to have caused the girl to faint, perhaps out of fear or sadness at seeing her companion gunned down, and she was tied up to be brought back to a local ranch.

Upon reaching the remote ranch they had the Wolf Girl locked up in a storage room, where they tried to offer her food and water only to have her continue her animalistic rage, to the point that these grizzled tough men were afraid to go anywhere near her. That evening she supposedly howled like a wolf nonstop, and these howls were answered by wolves out in the surrounding wilderness, which were joined by more and more until it all reached an eerie, unearthly crescendo that echoed about the area and which was of an intensity none of the ranchers had ever heard before. According to the story, these wolves drew closer and closer to the ranch, finally descending upon it with great fury. The shocked ranchers then began shooting at the savage animals in a panic, baffled at just how many of them there were and how bold, bloodthirsty and vicious they seemed. This battle lasted for some time amid a cacophony of snarls and gunshots before the wolves suddenly and without warning loped back off into the night to leave the terrified ranchers wondering just what was going on. Realizing that the wolves had come for the girl, they went to check on her and found that she was gone, presumably escaping to be once more with her wolf family. 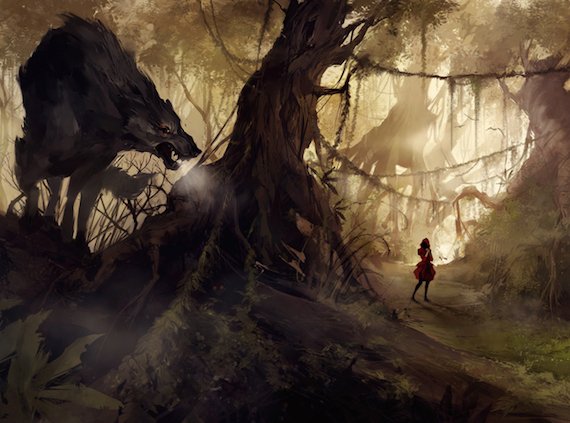 For years there was no other sign of the Wolf Girl of Devils River, and it seemed as if she had just vanished, but there would be a bizarre alleged sighting in 1852 in an area the junction of the Pecos River. Here some gold prospectors claimed to have stumbled across the sight of a naked woman on the river bank in the process of breast feeding two wolf cubs, one on each breast. The mystery woman would reportedly jump to her feet and run off with both cubs into the wilds at a speed no normal human could match, and this is allegedly the last real sighting of her. After that there were just stories and unconfirmed tales of people seeing her out there, as well as of finding barefoot human footprints mixed in with those of wolves, and more fanciful yarns about people in the most remote wilderness coming across wolves with distinctly human-like features, giving it a further vibe of pure folklore.

As the Wolf Girl faded from memory it became a sort of obscure legend of the area, but there have been strange stories that have continued up into more modern times. It seems that if the Wolf Girl ever did exist then she has never really left even after death, because there have been sporadic reports of seeing her ghost prowling about the wilderness, usually described as a white apparition with long hair that runs about on all fours only to vanish into thin air. Considering that much of the story of the Wolf Girl is hard to corroborate or verify, with even the existence of John Dent and Mollie largely unknown, and that it is mostly known from local lore, it is hard not to get the feeling that this is nothing more than a scary campfire story told by ranchers and prospectors back in the day, which went on to take on a life of its own. Yet it is a very unusual and spectacular tale amongst stories of feral children, and one which has endured and managed to fascinate to this day.