The Sinister Ghost Hound of the Deep South

Out in Newberry County, South Carolina is the city of Newberry. It is typically a peaceful, quiet place with a distinctly rural vibe, once the center of a thriving cotton industry and surrounded by numerous plantations, and it was a booming center of trade all the way up into the 1860s. It is also the home of a rather obscure local legend that has terrified the populace for over a hundred years, that of a ghostly hound that prowls the wilds outside of town and strikes terror into all who see it.

According to Bruce and Nancy Roberts’ Ghosts of the Carolinas, located just outside of Newberry is a stretch of rural road called Buncombe Road, which meanders through Sumter National Forest past a place called Ebenezer Church, right alongside the weed choked church cemetery, and past the old Goshen Hill plantation in Union County. Once a stagecoach route between Ebenezer Church and Goshen Hill, it is an unremarkable road except for a certain eeriness that hangs over it, just about 5 miles in length and overgrown and feral, but here is supposedly the haunt of a massive spectral white hound with glowing eyes that stalks its stretch, and which is called “The Ghost Hound of Goshen.” The hound is said to be very aggressive and threatening, snarling at, chasing, and even leaping at witnesses before vanishing into thin air, and while it may seem at first to be merely a spooky ghost story there have been many supposed real encounters with this phantom hound, some allegedly from rather reputable sources.

The first known sighting of the Ghost Hound of Goshen seems to have occurred back in 1855, when a plantation owner by the name of William Hardy sent one of his slaves to fetch a doctor to take a look at a sick man. The slave dutifully hopped atop a mule and began making his way along the lonely, dim road towards the home of a Dr. George Douglass, but it seems he wasn’t as alone on that road as he had first thought. The slave would later claim that as he rode along he had heard through the clopping of the mule's hooves a sort of snarling, howling noise come from behind him, and when he looked back he saw a hulking white hound that then began to chase after him. He claimed that no matter how fast they went the hound caught up to them easily, passing them and sending the mule into such a panic that it almost threw the poor slave off its back. The hound then apparently stopped there in the night to stare at the man with baleful eyes before evaporating into thin air. 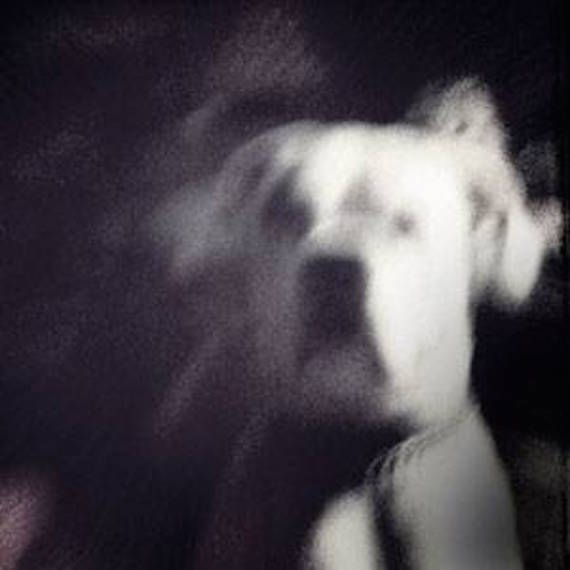 This might have been chalked up to the imagination of a scared young man on a darkened wooded road, and it seems no one really believed him at the time, but then a respected local doctor named Jim Coefield would also see the beast come loping along down the road to menace him before vanishing. Indeed, Coefield would claim to have seen the hound on several occasions, and that it absolutely terrified his own dog, which refused to walk down the road. Although he did not believe in ghosts or spirits, he was never able to rationalize what he had seen. The hound was spotted right up into later years, with one witness named Berry Sanders claiming that it chased him all the way home in 1936, only stopping when the scared man reached the edge of his property. As recently as 1970 there was an old lady who said the white hound had appeared at the edge of her property, first looking as if it was normal sized, but inexplicably growing to enormous dimensions before leaping at her and causing her to faint, after which she would wake to find it nowhere to be seen.

Paranormal researcher Tina R. McSwain, with the Charlotte Area Paranormal Society (CAPS), became fascinated with the tale of the Ghost Hound of Goshen after reading Ghosts of the Carolinas, and made her way down to the area with some friends to investigate the strange stories in the summer of 2007. Besides finding the actual Buncombe Road of the tales, which is apparently one of 4 separate roads with the same name in the area, she was also able to interview locals about the story. Although many of the younger generation had never heard of it, some of the old timers knew about the Ghost Hound, and a few even claimed to have seen it themselves, or to know those who had. McSwain writes:

One man said he had seen it several times. The time was always late, around 1am or later. He described it as “a big dog, pure white, that floated above the ground, but moved very fast”. He said it had one big red bloodshot eye. Said his mother had seen it, but she was dead now. A lady told us her mother had seen it too and was so frightened, that she would no longer drive down that road at night. This lady also told us she had been chased by the dog when she was a little girl, but really did not want to talk about the experience. She did however, tell us how to get to the church and road. She told us to go ahead, if we were brave enough to go hunting for it.

Interestingly, during her investigation she was even able to find and check out the old decrepit cemetery that the road passes, describing it as “one creepy area in general,” and she claims that while they were there they smelled an anomalous scent of perfume, even though none of them was wearing any. Unfortunately, they did not see the legendary hound for themselves, but they did establish that the road and the Ebenezer Church cemetery really do exist, and that the lore also is real, although quite obscure even among locals. 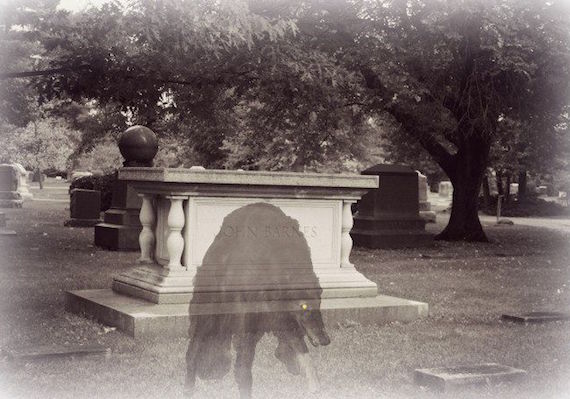 Another creepy local account of the Ghost Hound of Goshen was recorded by Roger McReadie at the site Capital at Play, who says that his father claimed to have seen it when he was younger and lived just around the corner from the old Ebenezer Church. It is an odd tale, but the author believes it because his father had “as little of what might be called imagination about him as any man in South Carolina” and was not prone to telling tall tales. According to the father, at the time one of the family’s cows had gone missing, so he had gotten on a pony and ridden out to the road to go search for it. This was when he would have a brush with the nefarious Ghost Hound, and he says:

This was in the fall of the year and the sun was about set. I didn’t like being down there with it getting dark, but your grandmother woulda skint me if I left a cow out, so I rode on down to where our fence bordered the road and started looking at the bobwire fence we had down there. I heard it before I saw it, something behind me running fast along the road. I turned and the biggest, meanest-looking dog I ever saw was running straight at us. There was nothing between him and us but that bobwire fence. The dog didn’t bark, howl, make a sound except his feet running, running. And his eyes …

I was scared to death, and the pony – well, he bucked and threw me slam into that bobwire fence and took off. When I picked myself up the dog was gone. Just gone. But I took off running and didn’t stop till I was at the house. I was hollering at the top of my lungs. I musta scared Mama ‘cause she didn’t say a word about me having lost a cow and my horse both. I’d been so scared I hadn’t even noticed I was cut pretty bad from the bobwire. She cleaned me up and bandaged me. I slept with the light on in my room that night.

The horse and the cow came home by themselves in the morning. We had a telephone by then and Mama called everybody in the neighborhood, but nobody owned a big white dog. But she did tell me it was okay if I wanted to start bringing the cows up earlier in the afternoon. I don’t know if she believed I’d seen what I said I had, but she knew I believed it.

According to the legend, the hound is said to be the faithful pet of peddler who was passing through the area sometime in the early 1850s. The lore says that a man was murdered nearby and that he was wrongfully accused for it, hanged and buried in the Ebenezer Church Cemetery. His dog then supposedly refused to leave the gravesite, and has lingered there acting as a guardian to protect its territory even in death. This all smacks of urban legend and local folklore, and it most probably is, but there have been enough reports to make one wonder if there is anything out of the ordinary going on along that gloomy rural road. Who knows if the Ghost Hound of Goshen is real or not, but it is a spooky little local oddity that might be worth checking out if you are ever in the area.