The Strange Story of “The Changeling” Haunting

Some of the greatest hauntings on record have inevitably been made into films and have seen their legacies spread far and wide in the public conciousness. One of these certainly must be a particular haunting which purportedly tormented an innocent man who moved into a home in Denver, Colorado, only to find it absolutely pervaded by all manner of ghostly phenomena, which has made it the basis of the famous horror movie The Changeling, and catapulted it into the pantheon of the greatest hauntings on record.

In the late 1968 a man by the name of Russell Hunter moved to Colorado in order to help his parents operate and manage the Three Birches Lodge in Boulder. He eventually moved into the Henry Treat Rogers Mansion at 1739 East 13th Avenue, near Cheesman Park in Denver, Colorado, in the United states, so that he could pursue his own interests of writing music, finding the place to be ridiculously cheap because according to him “No one else wanted to live there.” This may have been because the entire development had been built upon the former Prospect Hill Cemetery, founded in 1858, which the U.S. government had acquired and had turned into a park. The bodies interred within the cemetery had been haphazardly moved, with many of the corpses allegedly discarded in the process, and this was enough to spur stories of hauntings and to keep most people away from living there.

Hunter moved in anyway, as the price was unbeatable, but he would soon realize that there was perhaps more to the talk of hauntings than mere spooky stories. Shortly after moving in, he began to experience a range of paranormal phenomena. It started with intense thudding noises on the walls and a general “unbelievable banging and crashing” that would occur every morning at 6 AM. The shaking was sometimes so severe that the very walls would thrum and vibrate, but this would all apparently suddenly subside as soon as he went downstairs to investigate. In addition to this, faucets would turn on and off by themselves and paintings upon the walls would be violently knocked to the ground without any reason.

Hunter would go poking around the house trying to find some explanation to it all, but he was to far from find anything that could be comfortably explained. As he looked around the house he allegedly found a hidden staircase behind a closet, which led to a darkened room containing a journal and other various belongings of a long dead 9-year-old boy. The journal painted a picture of a disabled child who had been forbidden from leaving the house, and it contained a creepy souvenir in the form of a red rubber ball that was claimed to be the child’s favorite, and would go on to sometimes go bouncing around by itself.

Hunter was so distraught about this finding that he began to think it might have something to do with the haunting he was experiencing, and so he arranged for a seance to be carried out there. According to the reports, they made contact with the spirit of the boy, and he had quite the tale to tell. The spirit would explain of his hell of being locked up within the confines of the third floor, after which he eventually died and was unceremoniously buried out in a field in southeast Denver. After that they had apparently found another child who resembled their son and raised him as their own, hoping to collect on his considerable inheritance money. Hunter would claim that the ghost of the boy had led him to the unmarked grave, where he unearthed human remains, which supposedly happened to have a medallion with the name of the deceased. 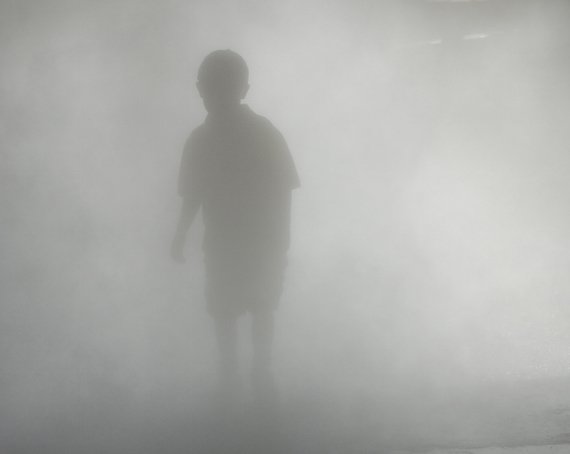 This seems like it should have been the end of it, and going by horror movie rules the spirit should have been appeased and at rest, but in this case this was apparently only the beginning of this haunting. The paranormal activity only grew in intensity, with the nighttime disturbances becoming so violent that at one point a glass door imploded to send shards raining everywhere and one to sever the artery in Hunter’s wrist. Doors were also flung open with great force and objects tossed across the room, and these violent outbursts continued unabated. It was enough to encourage Hunter to move to a new home, and he settled into a new place on Kearney Street, but the paranormal phenomena would continue.

Hunter would eventually contact the Epiphany Episcopal Church in order to have someone come in and conduct a ritual cleansing of the property, which seems to have calmed down the haunting somewhat. Following this, the Henry Treat Rogers mansion was demolished, a process which Hunter was apparently there to witness. As he did so, tragedy would apparently strike, and he would explain:

As the walls of the wing which had contained my bedroom collapsed, they suddenly flew outward and crushed to death the man operating the bulldozer. 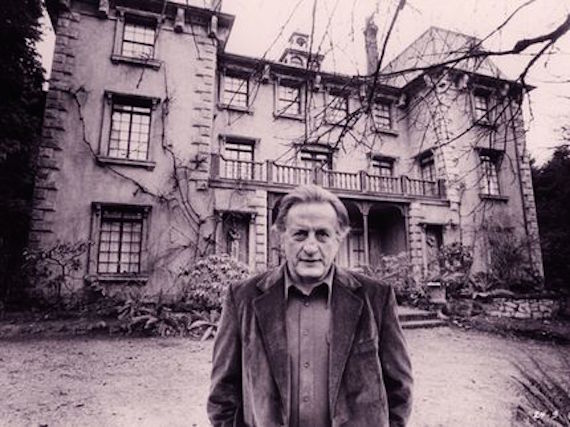 It is all so spooky that this account would be made into the 1980 film The Changeling, loosely based upon the “real events,” but how much of this is actually fact in the first place? In the years since this spectacular tale there has been some skepticism aimed at it all. The Denver Library did some digging and found that there was little evidence that a Russell Hunter had ever even lived there at all, although he was demonstrated to have been living in the area. The records are shifty and unreliable, but there is nothing concrete that puts him at the Henry Treat Rogers Mansion during the time of these alleged events. The records on the supposed dead boy are also somewhat shady. There doesn’t seem to be any solid evidence that a boy of that age ever lived at the residence, except for the nephew of a family who once resided there, although he is listed as living to adulthood and having gone off to fight in World War I at the age of 25.

Regardless, the records from that day are spotty, and the haunting supposedly experienced by Russell Hunter has become one of the most well-known hauntings on record, often discussed and debated. How much of this was true, if any of it? Was it made up, and if so why? Or was this perhaps very real and chilling haunting? It seems hard to figure out, and for the time being remains a mystery that has yet to be satisfactorily solved.