The Strange Tale of a Supernatural Bird

The Reverend Frederick George Lee was the author of a still-acclaimed 19th century book titled Glimpses in the Twilight. His book was published in 1888, and it is filled to the absolute brim with all manner of amazing and chilling tales, including one of a terrible, monster-bird in England. Lee, who extensively and personally researched the strange story, said: “In the middle of the last century, circa 1749, owing to several remarkable circumstances which had then recently occurred, a conviction became almost universal among the inhabitants of the village, that the vaults under the church of West Drayton, near Uxbridge, were haunted.”

He continued as follows: “Strange noises were heard in and about the sacred building, and the sexton of that day, a person utterly devoid of superstition, was on inquiry and examination compelled to admit that certain unaccountable occurrences in regard to the vault had taken place. Others maintained that three persons from an adjacent manor-house in company had gone to look through a grating in the side of the foundation of the church – for the ventilation of the vault, and from which screams and noises were heard constantly, and there had seen a very large black raven perched on one of the coffins.”

According to the Reverend Lee: “This strange bird was seen more than once by the then parish clerk pecking from within at the grating, and furiously fluttering about within the enclosed vault. On another occasion it was seen by other people in the body of the church itself. The wife of the parish clerk and her daughter often saw it.” Eventually, however, the beastly bird’s reign of terror was brought to an end, as the reverend noted:

“The local bell-ringers, who all professed to deny its existence and appearance, one evening, however, came together to ring a peal, when they were told by a youth that the big raven was flying about inside the chancel. Coming together into the church with sticks and stones and a lantern, four men and two boys found it fluttering about amongst the rafters. They gave chase to it, flinging at it, shouting at and endeavoring to catch it. Driven from hither and thither for some time, and twice or thrice beaten with a stick, so that one of its wings seemed to have thus been broken and made to droop, the bird fell down wounded with expanded wings, screaming and fluttering into the eastern part of the chancel, when two of the men on rushing towards it to secure it, and driving it into a corner, vaulted over the communion-rails, and violently proceeded to seize it. As the account stands, it at once sank wounded and exhausted on to the floor, as they believed in their certain grasp, but all of a moment – vanished!” 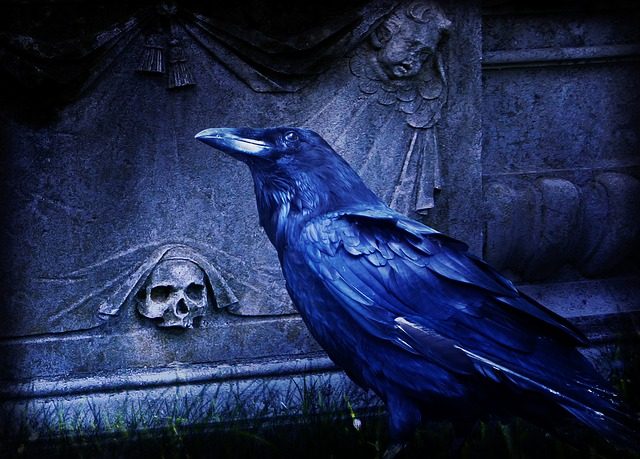 In relation to this particularly weird saga, the wife of Reverend R. L. Burgh, who served at the church of West Drayton in the 1800s, wrote the following to Reverend Lee: “It was many years ago; and I had quite forgotten it until I got your note. I can remember feeling persuaded that a bird must have got into the family vault, and in going outside to look into it through the iron bars to try if anything could be seen there, the sounds were then always in the chancel in the same place.”

Neil Arnold adds an interesting piece of valuable data to this story: “A record of the strange bird also exists from 1869 when two sisters claimed to have seen an enormous bird whilst visiting the church, which they believed would have looked more at home in the zoological gardens.”