The Surveyor: A Peculiar Story of a Nocturnal Russian Wild Man

Out of the depths of Eurasia’s Altai mountains the great waters of the Ob River are born, which course through long stretches of western Siberia. Born out of the confluence of the sibling Katun and Biya Rivers, The Ob is an impressive natural feature of the region; although it may not be one of the world’s seven wonders, as far as rivers go it certainly is the world’s seventh-longest.

This region of Siberia has rich traditions and folklore pertaining to unusual beings, particularly those of the “Wood Goblins” which have long been said to inhabit the landscape. According to such rich traditions, one dare not even say the word goblin, lest they attract an appearance by one of these large, beastly, but humanlike creatures. In the event that one were to appear, traditional beliefs in Siberia often warn against ever looking directly at one of these creatures, as it is believed that to do so will invite bad luck.

Despite their obvious air of superstition, are such stories of “Wood Goblins” or forest-dwelling devils all merely folklore? Some folklorists and anthropologists have noted the similarities between reports of these beings, and popular descriptions of Sasquatch, Yeti, or as the creature is known in Caucasus and Pamir Mountains of Central Asia, the Almas.

Archaeologist Myra Shackley recounted a fascinating account of such a creature in her book Still Living: Yeti, Sasquatch, and the Neanderthal Enigma (Thames and Hudson, 1983). The witness, Marfa Efimovna Sen’kina, had been a former schoolmistress who described seeing one of the creatures prior to the Russian Revolution. The amount she gave is as follows:

“Before the Revolution my father and I constantly travelled on business all over the Ob' area of the north and the Yamal peninsula. I was then twenty, and we were based in Salckhard. We often stayed with a certain old Ostyak not far from the settlement of Puiko. I remember September had just begun, the nights were already dark, and our dogs often barked during the night. Once the barking became especially ferocious. This happened two nights in succession. I asked our Ostyak hosts what they were barking at, and he answered in a whisper that the Surveyor was coming. 'What sort of Surveyor is this', I asked, not understanding. 'I'll show you tonight, he promised, 'but only look at him with care - through your fingers'. 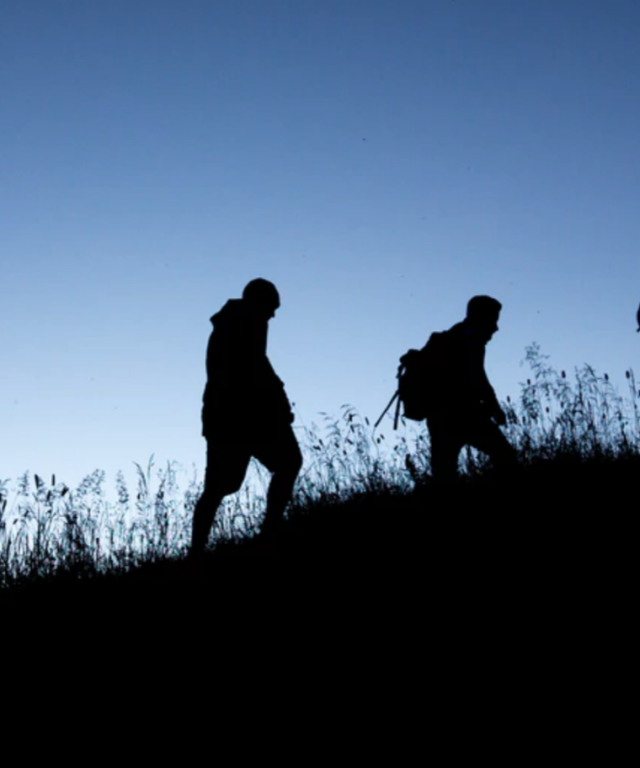 At midnight we left the tent. The moon was already out, large and red. We waited, probably, for about an hour. Suddenly against the barking of the dogs, several tens of metres away I saw an unusually tall man. A two-metre purple willow surrounded our tents. The man was head and shoulders above it. He strode very quickly and surely straight through the brushwood. His eyes glowed like two lanterns. I had never met so strange and tall a man.”

As they observed the “tall man,” one of the dogs that accompanied them, having already been excited by the figure’s presence, ran directly towards it. “The man bent down and seizing it threw it far to one side,” Sen’kina recalled. “We heard only a short squeal and the body flashing through the air.

“The man went swiftly off, not turning once,” she said of the creature’s departure. 'What was that, a leskii [wood-goblin]?' I asked the old man. 'Don't say that word', he said, frightened. You'll summon him. Just call him the Surveyor. He comes here every year at this time. Apparently dozens of people had seen at various times this strange forest creature.”

As Shackley notes of the encounter, “The general description of the creature, including its height and the glowing eyes, matches other accounts, as does its unhappy effect on the dogs.”

These characteristics, as Shackley notes, are common themes in a variety of “wild man” reports from around the world. Some of them are perplexing—especially the “glowing” eyes—which are particularly prominent among the accounts of such creatures, particularly those from Eurasia. Rather than being actual “glowing,” it has been proposed that what this refers to is eye shine or tapetum lucidum (as I’ve written about in the past here and here). Although this characteristic is common among nocturnal animals, primates do not generally possess the reflective tapetum, with the exception of lemurs. Hence, many have argued against the likelihood that anything resembling a primate would possess this trait, although perhaps it is not impossible that a hominoid that has evolved or adapted to nocturnal living might possess it.

While such stories are often relegated to being merely folklore, perhaps there is more to at least some of them, and the many peculiar similarities that exist between them, spanning many different cultural traditions around the world.