The U.S. Navy has disclosed further details about a controversial series of videos which appear to depict unexplained aerial phenomena, offering new information about the objects in the footage.

The videos, which first came to public attention more than a year ago, were released by the To The Stars Academy, an independent UFO advocacy group formed by Tom Delonge. Each piece of the footage appears to show unusual aircraft or objects being tracked by Navy pilots, with the help of Raytheon's Advanced Targeting Forward Looking Infrared pod, or ATFLIR system (it should be noted, however, that one of the videos, known popularly as the "Gimbal" film, is known to have existed online for several years already).

John Greenewald of The Black Vault website, which showcases an impressive trove of documents mostly obtained via Freedom of Information Act requests, recently shared a statement provided to him by Joseph Gradisher, official spokesperson for the Deputy Chief of Naval Operations for Information Warfare, in response to his ongoing queries about the nature of the videos.

Key aspects pertaining to the videos that Greenewald sought clarification about included whether the objects could be identified by the Navy's estimates, as well as whether the videos had been cleared for public release through proper channels.

According to the response provided to Greenewald from Gradisher, “The Navy designates the objects contained in these videos as unidentified aerial phenomena," acknowledging the apparent fact that the Navy has no knowledge as to the origins of the apparent technology displayed in the videos.

The significance of this statement should not be overlooked, as it represents an instance unique within UAP studies where references to specific objects--appearing on film in at least three separate instances--have been acknowledged by the Navy as unidentified. Although this has been implied many times in recent months regarding this series of videos, this may arguably be the most specific and detailed statement by the Navy on the subject to-date.

Greenwald also reports that "the Navy also asserts that the three videos were never cleared for public release, thus confirming the official stance of the Pentagon originally issued to The Black Vault in May of 2019, and contradicting TTSA’s widespread claims the U.S. government 'declassified' the footage for public consumption."

Gradisher also commented on the Navy's choice in using the term "Unidentified Aerial Phenomenon" (UAP) in relation to the objects appearing in the videos.  “The ‘Unidentified Aerial Phenomena’ terminology is used because it provides the basic descriptor for the sightings/observations of unauthorized/unidentified aircraft/objects that have been observed," Gradisher stated, "[which are seen] entering/operating in the airspace of various military-controlled training ranges.” 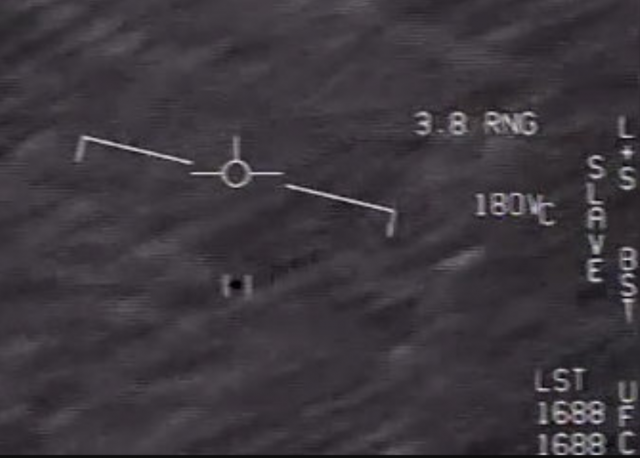 John Greenewald's complete report on the Navy's latest statement, along with his analysis and other details he provides, can be read at The Black Vault website.

Despite the implications of these statements, remarkably this latest information was largely overlooked by the majority of the media, along with many of the most vocal proponents for the study of this phenomenon within the UFO community. The weight of such statements--implying that controlled aircraft or objects of an unknown origin are operating in military airspace--is potentially profound, and even groundbreaking.

The Navy's latest statement does not, however, rule out manmade technologies, possibly those produced by a foreign government, or even by some other group, domestic or abroad. Whatever their origin may be, it is nonetheless an intriguing addition to the ongoing revelations about unique technologies that appear to be operating in our skies, and even in military airspace.