Are UFOs a threat to airplanes? While there's never been any incidents where a UFO smacked into a plane midflight, there have been many reports of unidentified flying objects coming dangerously close to commercial, civilian, and military aircraft. A new report found that there have been 36 reports of near misses between unidentified objects and airplanes in the UK since May, 2017.

The UK Airprox Board investigates potentially hazardous incidents in the sky in an aim to make make flight safer. Of the 36 "near misses" with unidentified objects, a quarter of those were listed as a "serious risk." The majority of cases in which the board could not identify the flying object occurred at high altitude—5,000 to 16,000 feet—higher than civilian drones are legally allowed and, in most cases, physically capable of flying.

One of the more puzzling incidents involved a small, metal object flying at nearly 17,000 feet sighted by two Typhoon fighter pilots. According to the report:

“The object reflected sunlight and appeared to have a linear form. The wingman independently saw the same object as it passed over the leader’s aircraft. The Typhoons were at FL150 (15,000-ft) and reported that the object appeared to be at FL170 (17,000-ft). There were no plots, hits or any other indication on the radar.”

In another high-risk incident, the captain of a Boeing 757 was preparing for a landing at 4,800 feet when he saw “a fairly large, irregular shaped, dark black object pass down the left side at the same level, within 200-ft of the aircraft”.

Author and journalist Nick Pope, who investigated UFOs for the UK Ministry of Defense in the 1990's, says that more needs to be done to ensure the safety of the skies. Pope says:

“The situation has been under-resourced since the 2009 termination of the MoD's UFO program, and while I'm aware that the MoD continues to study such matters - being careful to avoid using the term 'UFO' - more should be done.

Having investigated UFOs for the MoD back in the 1990s, I can confirm that whatever the true nature of the phenomenon, it raises important defence, national security and - as we see here - air safety issues.” 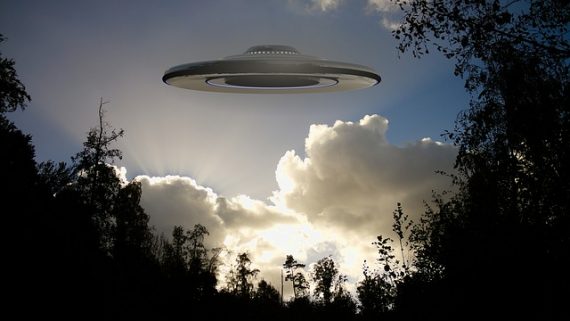 “The suspension of flying at Gatwick Airport earlier this year leads the media and the public to assume such occurrences involve drones, but applying the UK Airprox Board's own guidelines, many of the reports being attributed to drone activity should more properly be characterized as 'unknown objects'."

One big concern is that pilots are under-reporting these incidents for fear of stigma, but that may be changing now that the US Navy has released new guidelines for reporting UFOs and stories of pilot encounters are being taken more seriously by the public. So pilots, if something weird almost knocks you out of the sky you should definitely report it. And if you're worried about ridicule just say "it was probably a drone or something."

Some of the Craziest Psychic Scams that Actually Worked