According to a new study, the “hellish” planet Venus may have had a habitable environment, including oceans, for billions of years. After NASA’s Pioneer Venus spacecraft discovered evidence in 1978 that indicated there were once shallow oceans on the planet, several other missions have been conducted in order to find out how it went from an “Earth-like” planet to the extremely hot and hellish place that it currently is.

Scientists believe that liquid water was present on Venus for as long as 2 to 3 billion years until a huge resurfacing event caused a runaway greenhouse effect around 700 million years ago, causing the planet to become extremely hot and dense.

Researchers from NASA’s Goddard Institute for Space Studies conducted five simulations on how different amounts of water on the planet would have affected the environment on Venus. Incredibly, all of the simulations indicate that the planet could have had stable temperatures for approximately 3 billion years. If this is correct, the temperatures would have been between 68 degrees Fahrenheit (or 20 degrees Celsius) and 122 degrees Fahrenheit (or 50 degrees Celsius), meaning that it could very possibly have sustained life. 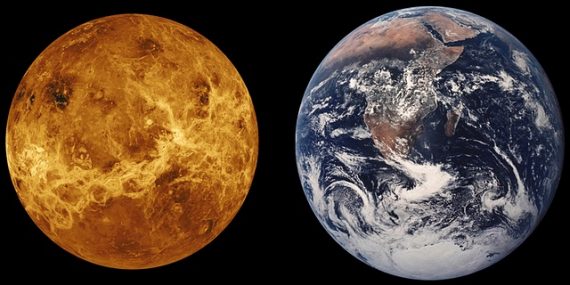 The researchers created different simulations using a 3D general-circulation model which studied atmospheric compositions from 4.2 billion years ago, 715 million years ago, and how it is today. They used scenarios where the oceans on Venus could have been as shallow as 30 feet to as deep as 1,000 feet. The even used a scenario where the whole surface of the planet was covered in water 500 feet in depth.

In a statement (which can be read in full here), one of the researchers named Michael Way said, “Our hypothesis is that Venus may have had a stable climate for billions of years,” adding, “It is possible that the near-global resurfacing event is responsible for its transformation from an Earth-like climate to the hellish hot-house we see today.”

The resurfacing event caused carbon dioxide to be released from the rocks, resulting with the planet being way too hot and dense for any form of life to survive. The researchers stated that if the resurfacing event hadn’t taken place, Venus could – even to this day – very possibly have an atmosphere similar to Earth’s and be a habitable planet.

Way continued on by stating, “Venus currently has almost twice the solar radiation that we have at Earth. However, in all the scenarios we have modeled, we have found that Venus could still support surface temperatures amenable for liquid water.” 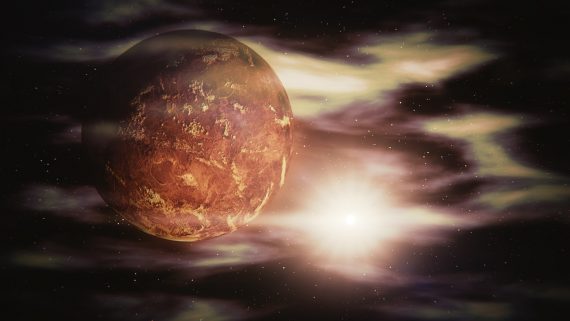 Scientists still aren’t sure as to what caused the resurfacing event on Venus, but it’s possible that it could have been caused by the volcanic activity on the planet. The researchers explained that if the magma would have hardened before it reached the surface, a barrier would have formed which would have stopped the gas from being released back into the atmosphere.

While more research needs to be conducted, it’s interesting to think that our “sister planet” could have actually had a habitable environment for billions of years. Way finished off by saying, “This opens up all kinds of implications for exoplanets found in what is called the “Venus Zone”, which may in fact host liquid water and temperate climates.”

The researchers presented their findings on September 20th at the Joint Meeting of the European Planetary Science Congress and the American Astronomical Society’s Division for Planetary Sciences in Geneva, Switzerland, which can be read here.