While the great unwashed Facebook hordes were storming Area 51 in Nevada, something equally strange transpired over Minnesota in an area known locally as "Spot 51". Friday, September 20th, Todd Mitchell, owner of Country Campground in Detroit Lakes, MN, ran his 24-hour security video camera just like any other evening. But this night he wondered if it might document something more exciting than camper arrivals, perhaps some dramatic lightning strikes from an incoming thunderstorm. What he didn't know was he had recorded something even more extraordinary.

Later when Mitchell reviewed his footage, he forgot all about the lightning when he noticed what appeared to be a fuzzy, black object flitting erratically among the storm clouds, trailing what could be easily mistaken for dark fumes behind it. To the viewer's eye, it sure looks like a skybound smoke monster, repeatedly performing feats of aerial acrobatics before it vanishes into thin air. Or perhaps it's an alien spaceship suffering the effects of a faulty exhaust system. Or maybe someone just let the air out of one prime specimen of Charles Fort's normally invisible sky jellyfish. Any of those options qualify the strange object as Unidentified Aerial Phenomena (UAP). 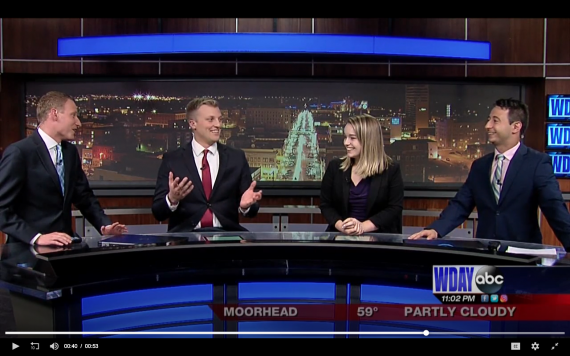 Mitchell provided the footage to his TV news station, noting that on a local map, the Detroit Lakes Chamber of Commerce identifies Country Campground as "Spot 51". The video combined with that revelation resulted in yucks and ample banter at the end of WDAY's Sept. 25th evening news broadcast. But at least they didn't play the X-Files theme music. 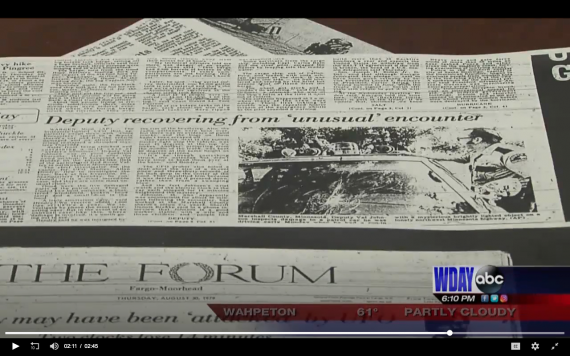 Looks like I spoke too soon! They saved the X-Files theme music for the second report. To their credit, the TV crew visited the scene, interviewed Mitchell, and even delved into the county's UFO-related history.

Some may propose that the object Mitchell captured is merely a bug on the lens or some other equally pedestrian explanation. I contacted witness Todd Mitchell and he provided a link to three video clips, which he has uploaded to YouTube for your examination.

Mitchell acknowledges that some of the office to the back of the camera is reflected by the double pane window he shoots the video through. He identifies the small lights to the left and the center of the screen as the reflection of his "Dish Network rack system". To the far right side, there is additional room reflection. 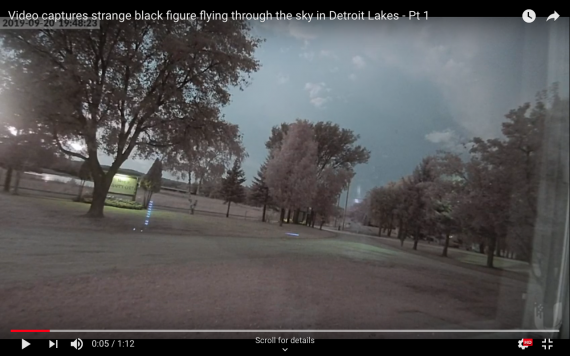 In Part 1, the video seemed perfectly normal until Mitchell drew my attention, about 10 seconds in, to a tiny, barely perceivable black dot off to the right of the screen, in the part of the sky just above a small tree. The dot moves slowly upward in a more-or-less straight line. Of all three of the objects appearing in these video clips, this one most clearly seems to demonstrate the crawling movement of a bug. It traverses the screen smoothly, seemingly unaffected by wind shear or changes in sky composition, as if creeping across a  perfectly flat surface. 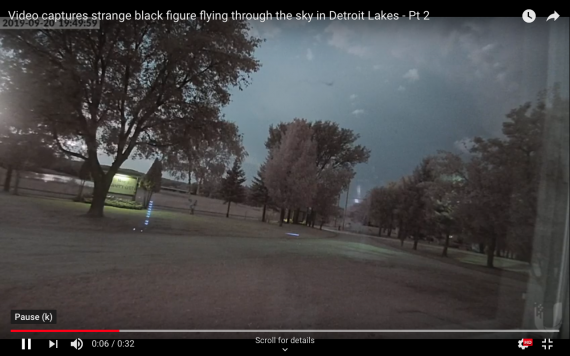 In Part 2, we see much more erratic moment, that is also consistent with bugs flying close to the lens. However, the smokey trailing effect following the movement is interesting, but may just indicate video blurring caused by extreme speed.

Part 3, is the most curious because at the last moment some commenters point out that the object seems to weave through a cloud. 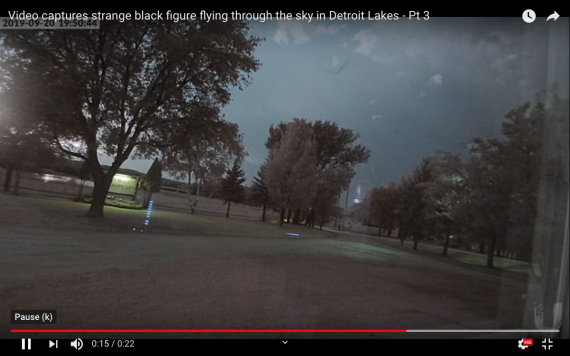 When I asked Mitchell if he had ever experienced anything strange or paranormal before his response was, "Oh, heck, no!" "There's a lot of things that you can generally explain or guess at. But for this I have no guesses," he says. 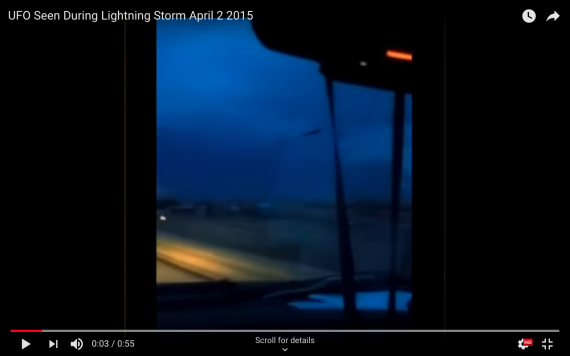 When Mitchell's footage went public, a Native American man stopped by the campground for a visit. He came to share with Mitchell the possibility that perhaps the mysterious sky dweller Mitchell captured on video was a sacred Thunder Being -- a bringer of life, a protector of humanity, and an important part of the man's native heritage. Mitchell intends to review past footage to see if there is any correlation between thunderstorms and the appearance of the strange objects. If there is some relationship to thunderstorms, perhaps that will help explain the similarities between Mitchell's footage and another strange object spotted in Nebraska during a thunderstorm in 2015.

So what's your take, is this simply the work of displaced insects attracted to the lights of the campground or could it be something far stranger?

Physicist Explains Possible Cause of the First Black Hole