Are you worried about the coming of 5G? If you aren’t, you might be after hearing about a woman in England who is so allergic to Wi-Fi signals that she has to sleep in a copper sleeping bag … and she fears that 5G could kill her. The condition is rare, but so were peanut allergies just a few years ago. Is this the electromagnetic wave of the future for more of us … for all of us?

“I’m actually quite frightened about the future. At the moment, I’ve managed to make myself safe by being fortunate enough to live in a house in the countryside where there are no measured electromagnetic frequencies. But if they introduce 5G then I don’t know what the future will bring. It’s a really scary issue.” 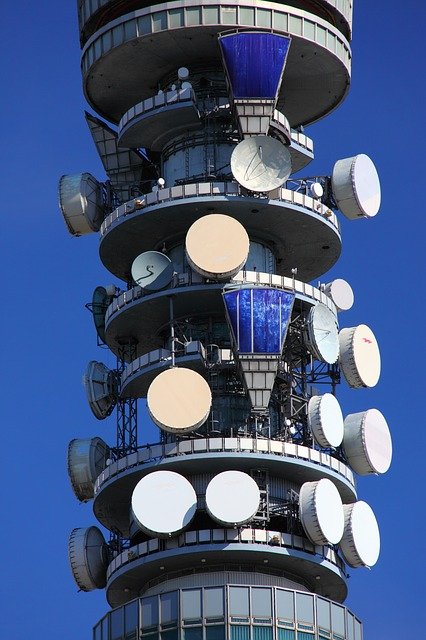 DevonLive reports that Rosi Gladwell, 70, says that for many years she felt weak, suffered from shortness of breath, and experienced sensations of pins and needles in her face. Doctors were unable to determine the cause, so she began looking for one herself. Six years ago, she stumbled upon the idea of electromagnetic hypersensitivity (EHS) – an allergic reaction to electromagnetic fields (EMF) generated by power lines, X-ray machines, MRIs, cellphones, microwaves, Wi-Fi routers, computers, and other appliances. While high levels of exposure to X-rays and ultraviolet light have long been known to be harmful, the effects of low-level radiation from microwaves WiFi devices, cellphones, etc. are still being debated by medical professional and, in the case of 5G, by politicians as well. That’s because the symptoms attributed to EMF exposure are varied and vague and behave been difficult to prove in standard scientific tests. However, stories of electromagnetic hypersensitivity run rampant on the Internet.

Rosi Gladwell is now a believer in EHS. After turning off the cordless phones and Wi-Fi router in her home, she says she felt better within minutes. She learned of EMF protective sleeping bags woven with copper and silver wires and spent £400 ($500) on one, which she not only sleeps in but covers herself with on 30-hour ferry rides from Devon to Spain. As she moves around, she carries her £200 ($250) EMF meter and heads for a place with no cellphones, TVs, etc. when the needle crosses her threshold. She also joined a local Electromagnetic Field Awareness to learn more and to spread the word to those sufferers she says are “too weak” to attend.

What about her fear of 5G?

Sites like radiationhealthrisks.com are on the '5G is harmful side'. Dr. Steve Novella, an assistant professor of neurology at Yale and the editor of Science-Based Medicine, counters with this:

“We’re still talking about power and frequency less than light. You go out in the sun, and you’re bathed in electromagnetic radiation that’s far greater than these 5G cell towers.”

As is the case with so many new innovations, the pursuit of profits outruns the pursuit of proof that the product is harmless to humans, wildlife and the environment. It’s no surprise which side Rosi Gladwell is on.

"Scientists say four per cent of people worldwide are suffering from EMF sensitivity and that’s probably an underestimation. A lot of people now aren’t feeling very well, everyone feels exhausted and stressed out, and some of it is, in my view, down to the extent of radiation.”

She’s right. A lot of people now aren’t feeling very well, everyone feels exhausted and stressed out. Is it really being caused by your Wi-F or 4G or 5G?

If it is, do you really want to give up your Wi-Fi and cellphones?

A Dangerous Entity Appears in the Dead of Night