A Headless Corpse, Black Magic, and an Unsolved Occult Murder in San Francisco

There are many unsolved deaths and mysterious murders in the world, which have gone on to confound and puzzle all who look at them. These are dark enough as it is, but sometimes these unsolved mysteries are infused with the paranormal and mysterious, further pushing them into the fringes of the weird. Such is the case of a headless body that turned up in the area of San Francisco, California, which has never been solved and is permeated by talk of cults, black magic, and insidious rituals.

The setting for this grim story is San Francisco’s Golden Gate Bridge, a world famous landmark that spans across the mouth of San Francisco Bay and is an iconic feature of the landscape here. Not far away from this bridge is the famed Golden Gate Park, near the city’s Haight-Ashbury district, which in the 1980s had fallen somewhat from a scenic spot of solitude to a den of drug use and homelessness, haunted by living ghouls merely a shadow of their former selves. It was here that on the morning of February 8th, 1981, police officer James Dougherty came after a young woman had turned in a tan backpack that had been found lying in the park spattered with blood. Inside had been just some pants and shirts, but the blood stains had been been suspicious enough, and so there Dougherty was.

The officer made a sweep of the park through the rain that was pouring down that day, and he was no doubt expecting that this search would just be a routine formality. Indeed he at first found nothing out of the ordinary until he came across a sleeping bag out in the rain near Alvord Lake that appeared to have someone or something inside. Officer Dougherty approached thinking it was just one of the area’s many wandering vagabonds, but as he got closer he could see what appeared to be a large pool of blood blooming out from the sleeping bag, and he was immediately on alert. What was in that bag? He carefully approached and called out to anyone who may be ensconced within but there was no answer except the pattering of raindrops on the vinyl. Dougherty then peeled back the sleeping bag to find a horrific scene awaiting him.

There wrapped in the bag was the corpse of a black male, with the macabre detail that it was totally missing a head, the source of the blood now evident, and back up was immediately called in. The crime scene proved to be rather bizarre when it was investigated. Not only had the head been removed, but it appeared to have been done in an expert manner by someone who knew what they were doing, and moreover the head itself was nowhere to be seen. Nearby was the body of a dead chicken, also headless, and a portion of which had been removed and stuffed into the man’s gaping wound where the head had been, along with two kernels of corn for reasons unknown. Every inch of Golden Gate Park was combed for more evidence and for the missing head, but it was never found.

In the meantime, the dead man’s fingerprints were put through a search and it was found to be the body of one 29-year-old LeRoy Carter, a Vietnam veteran who had fallen into hard times and homelessness, becoming a transient drifter who was known to spend a lot of his time in Golden Gate Park. It was all very odd, because although records showed that LeRoy had been in trouble for various petty crimes, he had never been known to be involved in anything too dangerous, and there were no known enemies who would have wanted him dead, especially in such a violent, sickening manner. This, plus the details surrounding the mysterious death such as the headless chicken, led to suspicions that this may have been some sort of ritualistic cult killing or human sacrifice, and so the police department brought in an Officer Sandi Gallent, who was a specialist on cults, brainwashing, the occult, witchcraft, the supernatural, and satanic murders. She was more or less like a real life Agent Mulder, of the X-Files, and she came to the grim scene to see what she could find. 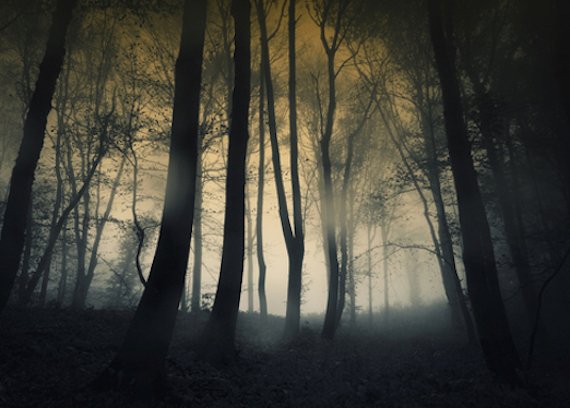 After investigating the scene and the strange clues, Gallant became convinced that this had indeed been a ritual murder, most likely linked to a form of black magic known as Palo Mayombe, a dark offshoot of the religion Santería, originally practiced in the Caribbean among West African descendants and known for mixing African religions, Catholicism, and Voodoo, as well as incorporating animal sacrifices. She consulted a Santería expert by the name of Charles Wetli, and together they developed a theory. In Gallant’s opinion, Carter had been killed as a human sacrifice and his head taken in order to use the man’s brains, ears, and nose for the purpose of concocting a magical brew for a ritual. The ritual she suspected was supposed to take 42 days, 21 days to craft the brew in a cauldron, and 21 days for the priest to sleep in the vicinity of the head and cauldron, after which she surmised that the head would be ritualistically returned to where it had been taken. This was met with raised eyebrows by the police department, who though it was all just a bunch of mumbo jumbo, and Gallant would say:

We literally were laughed at by our homicide investigators, and our chief of detectives. It was like, 'Give me a break. This stuff doesn't happen.’

However, the laughter around the police station was snuffed out pretty fast when exactly 42 days after the murder the decomposing missing head showed up right near where the body had been found, just found there on the ground as if it had been reverently placed there, minus its ears, nose, and brains, exactly as Gallant had predicted. The perpetrator had not been caught, since no one had been watching the scene because no one at all had taken it seriously, and even Gallant and her partner had not been there because even they had also had doubts about the bizarreness of it all. She would later say of this to the LA Times:

Our problem was, even though our homicide detectives didn’t buy it, my partner and I weren’t out there doing surveillance on the 42nd day either. I think looking back on it, we had a real difficult time, too, believing that something like this could happen. Even though it was our theory. 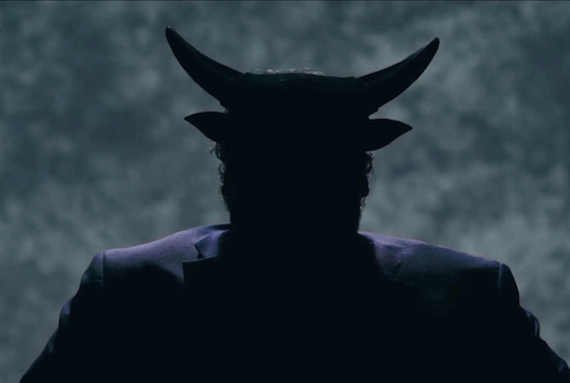 Now fully aware that this occult human sacrifice thing and the ritual to make a potion was the real deal, the San Fransisco Police Department fully leaned into investigating it as a ritual human sacrifice, but they could find nothing, the perpetrator had slipped by right under their noses, and the case went cold. The bizarre case of the headless homeless transient killed by a cult has gone on to become one of the stranger unsolved crimes the area has ever seen, and it is largely because of it that the police department began to take Satanic and cult killings more seriously in the years since. Gallant has said of this evolution in the law enforcement attitudes towards occult crimes:

For most of us, and I can give myself as an example, what we tended to do in the beginning was we started to hear these things and first of all, we disbelieved it. Then we felt guilty about disbelieving it when it appeared that there might be something there. And then from there perhaps we got a little hysterical in the way we responded, too. And then, hopefully, we get to a point where we go, ‘Ah ha. I’ve seen both sides of the issue, and now let me sit back and be very objective and weigh each side and come to a conclusion as to what the reality is.’ I think that’s where I’ve been for about the last 3 1/2 years, where I’m not out trying to prove anything. And I’m not necessarily out to dis prove anything. I’m just trying to find out the truth about what’s going on.

What happened to LeRoy Carter as he lay down there in that park on that evening of doom? Why did these forces come for him and what happened to him? Who is responsible for his decapitation and subsequent return of his head? The case has gone completely cold, with no new leads and no suspects, and it remains a chilling example of an occult murder that will probably never be solved.

Why the Nessies of Scotland are Supernatural Beasts