A Look at the “Most Haunted” House in England

With its long, rich, and often dark and violent history, the country of England has managed to accrue quite a few haunted places in its time. Saying a place is the “most haunted house in England” sometimes seems almost like a “World’s Greatest Dad” mug or t-shirt, there are a lot of them and it is pretty unsure how official these titles really are. However, one place that routinely sits on the top of lists of the most haunted places in England and which is widely considered by many to be the country’s most haunted house is a place called Wymering Manor. It is a house steeped in history and legend, and just may possibly earn its title as being the most haunted in England.

Built on the remnants of an ancient Roman settlement that existed at Wymering from 43 AD to 408, the manor sits within the city of Portsmouth, England, and dates back to at least the year 1042, making it the oldest standing building in town. The stately manor was originally owned by King Edward the Confessor, after which it would come into the possession of King William the Conqueror after the Battle of Hastings until 1084. The manor would then go on to change hands numerous times over the centuries, while also being renovated and rebuilt several times, with most of the building seen today being constructed during the 16th century, although Roman and medieval materials are still incorporated into some sections, and the dank cellars beneath are thought to date back to Saxon times.

The house itself is an opulent affair, and with its old fashioned feel, paneled walls, pilasters, expansive main hall, and elegant Jacobean staircases the place simply looks haunted, this impression only bolstered by its long history, and by all account the place certainly is. Wymering Manor is quite simply permeated with strange legends and tales of ghosts, and it is hard to even know where to begin. Some of the most popular tales from the manor have to do with the many ghosts said to roam the halls and grounds here, and these spirits make for quite a colorful cast of characters.

One of the most well-known of the manor’s many supposed ghosts is that of a woman dressed in a flowing old-fashioned violet dress, earning her the straightforward nickname “The Lady in the Violet Dress.” The most famous story involving this ghost is that she appeared to former resident Thomas Knowlys-Parr in his bedroom one night, and she turned out to be his long dead cousin. The ghostly Lady spoke with him for some time before matter-of-factly informing him that their aunt was about to join her, after which she vanished. True to her premonition, Parr would learn the next morning that his aunt Em had died during the night. The Lady in the Violet Dress is still seen about the mansion, and it mostly said to be a rather happy and nonchalant ghost, often striking up conversations with visitors as if it is the most natural thing in the world. Indeed, some people apparently don’t even realize she is a ghost until she suddenly evaporates out of existence right before their startled eyes.

Another famous ghost at the manor is the one called Reckless Roddy, which has a bit of an odd origin story. According to the tale, there was once a beautiful young maiden who came to live at the manor along with her husband, and the nobleman Sir Roderick of Portchester became rather smitten with her to the point of obsession. He purportedly began spying on the couple and creepily following them around, and when the husband went away to tend to some business the lecherous Sir Roderick, “Reckless Roddy,” would choose this time to make his move. 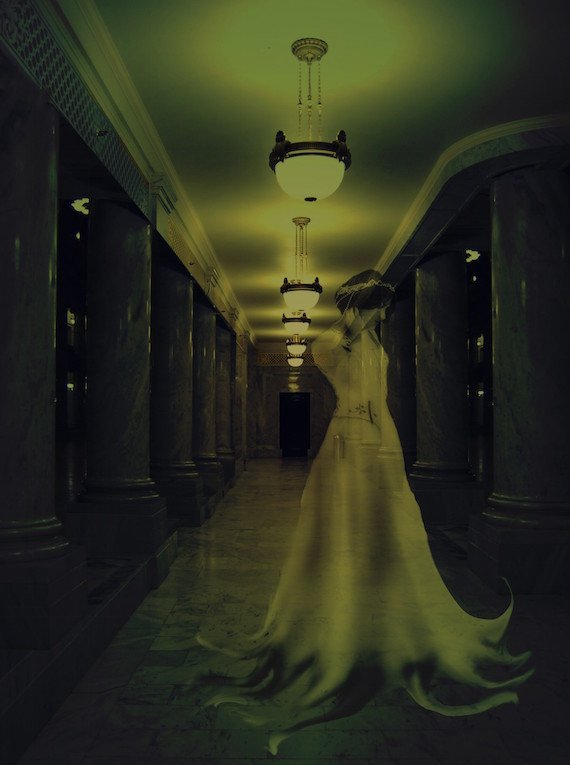 He is said to have approached the pretty young lady in an effort to seduce her, but it was then that the husband came home to find the two talking and fly into a jealous rage. The husband apparently chased Roderick all the way to his horse, where he stabbed him to death with a sword as he tried to mount it, leaving him in a pool of blood right there in front of the manor. Ever since then, the spirit of Reckless Roddy is said to ride about the property on a spectral steed, and the disembodied sounds of horse hooves can often be heard here clopping along even when no one is there. This particular ghost seems to appear most often to newlywed couples or new brides, so any newlyweds who plan to visit make sure to keep an eye and ear out for Reckless Roddy.

Yet another ghost who makes regular appearances here is that of British Naval Officer Sir Francis Austen, brother of the famous novelist Jane Austen and also former warden of St. Peter and St. Paul's church. Upon his death he was buried in the cemetery of Wymering Parish Church, right near the manor, and he has purportedly made visits to the house ever since. The ghost of Francis Austen is said to be mostly oblivious to observers, just going about his business, but has on at least one occasion been reported as smiling at a guest. It is often said that his ghost is one of the most frequently seen at the manor, and he seems to be spotted all over the house and its grounds, as well as at the churchyard of nearby Wymering Parish Church.

More sinister than any of these apparitions is known to haunt a harrow staircase that leads into a small attic room popularly called “Noah’s Ark.” It is said that this room was once used for the grim purpose of aborting the babies conceived by the romantic trysts of nuns and priests, after which the fetuses would be buried out in the garden. Here on this staircase and within the room itself is said to lurk a malevolent ghostly nun with blood dripping from her hands, who is called the “Red Nun,” thought to be one of the nuns from the Sisterhood of Saint Mary the Virgin that visited the house in the mid-1800s. This entity apparently does not like company, and is said to actively scare people away from the room, and indeed the Noah’s Ark is widely believed by paranormal investigators to be one of the most haunted rooms in the manor. Other particularly haunted rooms of the house are the so-called “Blue Room,” where the door has a habit of locking or unlocking on its own, and the “Paneled Room,” which supposedly harbors a menacing presence that causes an overwhelming sense of dread and panic, as well as possessing the unsettling habit of tapping people or pushing them on the shoulder. 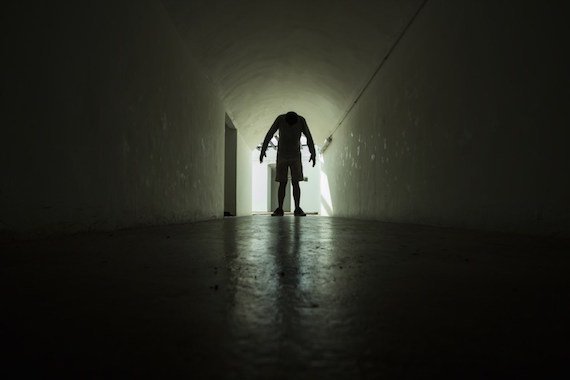 Other assorted apparitions abound at Wymering Manor. There is a tall shadow man who apparently pushes and shoves people, assorted male and female figures who are often seen descending the main staircase, a ghostly monk, spectral children that run around and laugh, and even the ghosts of a Scottish terrier dog and a black cat. Paranormal investigators have estimated that there are between 18 and 20 separate entities residing at the manor, and the entire place is full of paranormal activity such as moving objects, cold spots, anomalous sounds such as disembodied footsteps, voices, wailing, a baby crying and piano music from nowhere, as well as physical taps, pushes, or shoves, orbs of light, electronics or lights turning on and off on their own, you name it this place has it, and the manor has become a major destination for ghost hunters and paranormal TV shows. The house is so haunted, in fact, that it has failed to be sold over several instances of being put on the market, and one paranormal group said of it:

We can quite honestly say that it is one of the most haunted places we have ever been in; plenty of photos were taken whilst there, capturing some unexplained images along with plenty of light anomalies. One of our members was even slapped across the chest!

It's probably all a matter of opinion on whether the enigmatic Wymering Manor is truly THE most haunted house in England, as it has a lot of stiff competition from all over the country, but it certainly shows up a lot on such lists. With all of the paranormal activity present here and the various ghost hunting groups who have come through claiming that it is all very intense, this old, spooky house certainly seems to fit the bill, though. Whether it is really the "most haunted or not," the manor is definitely a strange place that seems worth checking out to see for oneself what all of the big deal is about, and it adds to England's very long list of exceptionally haunted places.