A Mysterious Unsolved Crime and the Occult

Some crimes go from beyond just grim and unsolved to lodge themselves into the realm of the paranormal. Such is the case with one that unfurled on December 16, 1979, when a boy was out walking his dog along the shoulder of Route 80 in West Patterson, New Jersey, when he came across a mass and tangle of filthy canvas and rugs lying by the side of the road. Curious, the boy went in closer to take a look, and it was then that he realized that something macabre was wrapped up within, something bleeding. Authorities were notified and come to the scene to find quite a treasure trove of the bizarre, and spark a mystery that has gone on unsolved to this day.

The bodies were found to be those of 53-year-old Howard Green and 33-year-old Carol Marron, both of whom had been brutally beaten across the left side of the head in an identical manner, probably with a club. In addition to this, both victims had had their eyeballs stabbed with a knife and the tips of their ears cut off in the exact same way. All over their bodies were found a series of dozens of puncture marks from what appeared to be a very large veterinarian needle, all in identical locations across the two corpses, through which it seems that nearly every drop of their blood had been removed to leave them lifeless, bloodless husks. It seemed to have been expertly done, this blood removal, and there was little splatter at the scene itself. In the hand of each victim was found a clump of hair from an unidentified individual, perhaps from a struggle, although the identity of this unidentified assailant has never been uncovered.

Continuing the investigation, the police searched the couple’s apartment and supposedly found various items of occult paraphernalia among their possessions. In particular there was evidence of numerous items related to the cult group called the Ordo Templi Orientis, or the “Order of the Temple of the East” or “Order of Oriental Templars,” which was founded by occultists Carl Kellner and Theodor Reuss, and would go on to gain attention from the famed occultist Aleister Crowley, the “Great Beast 666,” who was perhaps the most influential member of the order. It was starting to look like this was a murder mired in the occult, possibly some kind of Satanic or arcane sacrifice.

Neighbors of the couple reported that nothing had been amiss in the days leading up to the deaths, and the last known sighting of them had been on a New York subway, where they were described as being perfectly normal. Not long after these crimes were committed, other odd clues were to begin to come in. Journalist Murray Terry received an anonymous letter from a suspected member of the Ordo Templi Orientis, of which he wrote of in his book The Ultimate Evil, and which reads:

Dear Maury Terry. Please look into this double killing. Carol was asking people about the OTO (Ordo Templi Orientis) a year prior to the murders. I can’t accept that the people responsible for this are still walking around free. I am afraid that the problems will not go away and that minds this unbalanced may perpetuate additional horrors. Forgive me for not signing my name. I haven’t gotten over the fear. 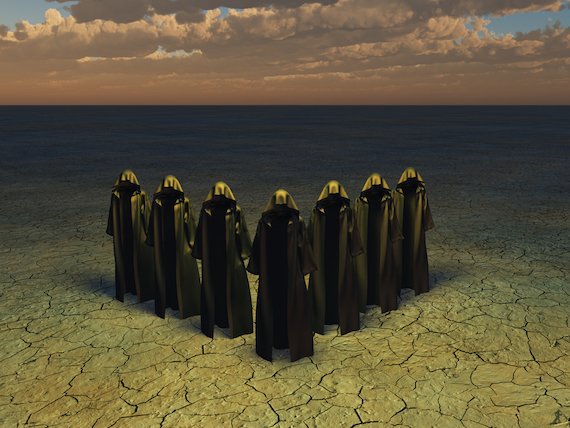 Things got stranger still when police got a potential suspect in their sights who had been a neighbor of the murdered couple. The man in question had been known to be a bit of a weirdo, and was said to have had the hobby of cutting the heads off of mice and draining them of blood. Curiously, when authorities began to look into it it turned out he had already moved out of state to Oklahoma. Suspicious to say the least. When questioned about it later, the unidentified man would be defiant, saying that he had had nothing to do with it and had never killed mice, and there was no real concrete evidence to hold him on, allowing him to walk free. Whoever was responsible, the lead investigator on the case, a Detective Jim Devereaux, is certain that this was a crime linked to the occult, saying:

It was definitely a satanic murder. And it was a one-man job. In all of my years in this business, I’ve never seen anything like this.

The mysterious case has since gone totally cold, with no new leads or suspects, or much of anything, really. It has become a forgotten unsolved crime that is rarely even discussed. What happened to these two people and what do all of the clues fluttering about mean? Was this just some random crime, a serial killer, or something even more ominous still? Why were their corpses drained of blood in an identical manner and did the Ordo Templi Orientis have anything to do with it? Indeed, why has the case seemed to have been for the most part totally swept under the carpet and lost to history? No one knows, and the strange mystery remains.