For very weird and  definitely not clearly understood reasons, both the Men in Black and the Women in Black are often tied to coins. They even seem to have a strange  obsession with coins. Yeah, I know it sounds weird, but that's how things go on in the bizarre world of the MIB. For example, in the 1930s, a cousin of Albert Bender - the man who practically began the Men in Black controversy - had an encounter in the dead of night with a Woman in Black, who sought to steal what just happened to be around the boy's neck. In Bender's own words: "My cousin wore a coin on an unbroken chain around his neck constantly, even to bed. After having lived in the house a few months, his parents noticed his health was failing. He would not eat, and claimed he saw a lady in black in his bedroom at night. Of course, they thought it all nonsense and that he was only dreaming, but soon they began to have sleepless nights when the boy would scream out in his sleep and they would find it necessary to go and comfort him.” The parents eventually managed to see the WIB, as she tried her very best to steal the coin, before vanishing into nothingness. Moving on, there's the story of a doctor named Herbert Hopkins.

September 11, 1976 was the decidedly ill-fated evening upon which the Orchard Beach, Maine, home of a certain Dr. Herbert Hopkins was darkened by a nightmarish MIB. Vampire-like scarcely begins to describe the terrible thing that descended on Hopkins’ home on that fraught night. When Hopkins opened the front-door, he was confronted by a pale-faced, skinny, bald ghoul; one that was dressed in black, had dark and hostility-filled eyes, and sported the typical Fedora hat. The MIB made it very clear, and extremely quickly, that if Hopkins knew what was good for him he would immediately cease all of his then-current research into the life and experiences of a reported alien abductee: David Stephens, who lived in nearby Oxford. Hopkins, frozen to the bone, didn’t need telling twice. Just for good measure, the undeniably malevolent MIB – in monotone fashion – told Hopkins to take out of the right pocket of his pants one of the two coins that was in there and hold it in the open palm of his hand. Hopkins didn’t even think to wonder how the MIB knew the coins were there; he just did as he was told.

With a detectable threat in his robotic voice, the MIB ordered Hopkins to keep his eyes locked on the coin, which he did. To Hopkins’ amazement and horror, something terrifying happened: the coin transmuted. It turned blue in color; it shimmered slightly – as if in a mini heat-haze – and then, in a second or so, became 100 percent vaporous. After a few moments the vapor was gone. The MIB implied that he could do exactly the same thing to Hopkins’ heart. Hopkins got the message. The MIB shuffled his curious way to the door and vanished – as in literally – into the chilled night. 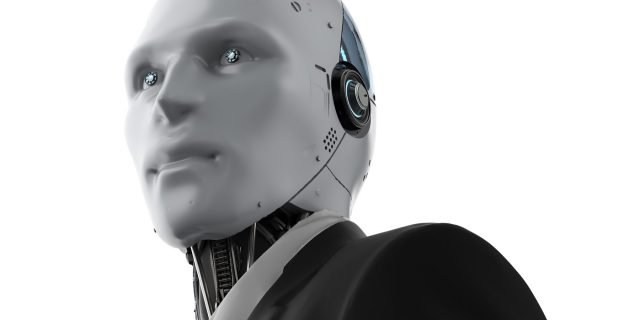 Then, there is the following story – of a curious coin and a trio of MIB – that reached the eyes and ears of a variety of 1950s-era UFO researchers, including Morris Jessup and Gray Barker, as well as a science-fiction author named Donald A. Wollheim, who sometimes used the pseudonym of David Grinnell. That it’s a story with a link to both the MIB and to a curious coin is something notable. The source of the story said: “I cannot say whether I am the victim of a very ingenious jest on the part of some of my wackier friends or whether I am just someone accidentally ‘in’ in some top-secret business. But it happened, and it happened to me personally, while visiting Washington recently, just rubber-necking, you know, looking at the Capitol and the rest of the big white buildings."

The story continued: “It was summer, fairly hot. Congress was not in session, nothing much was doing, most people vacationing. I was that day aiming to pay a visit to the State Department, not knowing that I couldn’t, for there was nothing public to see there unless it’s the imposing and rather martial lobby (it used to be the War Department building, I’m told). This I did not find out until I had blithely walked up the marble steps to the entrance, passed the big bronze doors, and wandered about in the huge lobby, wherein a small number of people, doubtless on important business, were passing in and out."

There was more: “A guard, sitting near the elevators, made as if to start in my direction to find out whom and what the deuce I wanted, when one of the elevators came down and a group of men hustled out. There were two men, evidently State Department escorts, neatly clad in gray double-breasted suits, with three other men walking with them. The three men struck me as a little odd; they wore long black cloaks, big slouch hats with wide brims pulled down over their faces, and carried portfolios. They looked for all the world like cartoon representations of cloak-and-dagger spies. I supposed that they were some sort of foreign diplomats and, as they were coming directly toward me, stood my ground, determined to see who they were. The floor was marble and highly polished. One of the men nearing me suddenly seemed to lose his balance. He slipped: his feet shot out from under him, and he fell. His portfolio slid directly at my feet."

The storyteller added: “Being closest to him, I scooped up the folio and was the first to help raise him to his feet. Grasping his arm, I hoisted him from the floor – he seemed to be astonishingly weak in the legs; I felt almost that he was about to topple again. His companions stood about rather flustered, helplessly, their faces curiously impassive. And though the man I helped must have received a severe jolt, his face never altered expression. Just then the two State Department men recovered their own poise, rushed about, and, getting between me and the man I had rescued, rudely brushed me aside, and rushed their party to the door. Now what bothers me is not the impression I got that the arm beneath that man’s sleeve was curiously woolly, as if he had a fur coat underneath the cloak (and this in a Washington summer!), and it’s not the impression that he was wearing a mask (the elastic band of which I distinctly remember seeing amidst the kinky, red, close-cropped hair of his head). No, it’s not that at all, which might be momentarily misconstructions on my part. It’s the coin that I picked up off the floor where he’d dropped his portfolio."

He concluded: “I’ve searched through every stamp and coin catalogue I can find or borrow, and I’ve made inquiries of a dozen language teachers and professors, and nobody can identify that coin or the lettering around its circumference. It’s about the size of a quarter, silvery, very light in weight, but also very hard. Besides the lettering on it, which even the Bible Society, which knows a thousand languages and dialects, cannot decipher, there is a picture on one side and a symbol on the other. The picture is the face of a man, but a man with very curiously wolfish features: sharp canine teeth parted in what could be called a smile; a flattened, broad, and somewhat protruding nose, more like a pug dog’s muzzle; sharp, widely spaced vulpine eyes; and definitely hairy and pointed ears. The symbol on the other side is a circle with latitude and longitude lines on it. Flanking the circle, one on each side, are two crescent-shaped moons.”

And, finally, there is one more, strange tale concerning the WIB and coins. Gerry Armstrong, of Jackson’s Point, Canada, was someone who had a bizarre experience in a record store in the town’s Newport Plaza back in October 1973. According to Armstrong, he was served by “the most beautiful girl I had ever seen.” She wore a long and flowing black dress, had long, coal-black hair, and possessed what Armstrong called, “the blackest eyes I had ever seen.” Most mysterious of all, after Armstrong paid for the old, vinyl LPs, the WIB threw his change – coins – onto the floor and literally vanished. Not without significance, at the time Armstrong was having a significant number of UFO encounters.

There will soon be much more on all of this.