Alaska and the Mysterious Vanishing of a Cessna and Three Politicians

On October 16th, 1972, Alaska Democratic Congressman Nick Begich, 40, his aide Russell Brown, 37, and Louisiana Congressman Hale Boggs, 58, were preparing to head to Juneau, Alaska, in order to attend an election rally for Begich and address a fund‐raising dinner during a campaign trip through the state. In Anchorage at 9 AM that day, the three politicians boarded a Pan Alaska Airways twin-engine Cessna 310 plane, tail number N1812H, manned by seasoned bush pilot Don Jonz. The plan was for them to fly over the Turnagain Arm of Cook Inlet to Yakutat and then go from there straight to Juneau, on what was to be a 3-and-a-half-hour flight covering around 550 miles. Things seemed very smooth at first, the weather was reasonably calm, they had more than enough fuel, and they were in good hands as Jonz was a former military pilot with over 17,000 hours of flight time and vast experience flying for Pan Alaska Airways, yet they would never arrive at their destination. This would launch one of the greatest unsolved mysteries in Alaska's history, and indeed one of the best of all time, a mystery to this day.

When the plane failed to arrive on schedule there was immediately launched the most massive search and rescue operation the country had ever seen. The Air Force, Army, Coast Guard and Civil Air Patrol all worked in tandem with every resource at their disposal to comb a vast swath of sea, glaciers, mountains, and forest, with over 40 military aircraft using state of the art detection equipment and recruiting around 100 private planes to aid in the efforts. In addition, 400 private salmon fishing boats joined in the sea search of the remote area. Although the weather got worse that day and forced them to suspend operations, the search itself would stretch on for a full 39 days, scouring every inch of the backwater areas over which the missing plane had flown, over a search grid of 325,000 square miles, yet not a single scrap or piece of wreckage could be found and there was no sign at all of what had happened to it. There was at two points hits from an emergency locator beacon somewhere in the wilds, but the source could not be found and it was unclear if this was from the missing plane or not. It was as if the plane had just flown off the face of the earth.

In this era before GPS and cell phones there were only a very few clues as to what had happened after that plane had taken off, and there had been no radio contact indicative of anything wrong. It was considered odd that the plane had failed to make a routine check in with the Coast Guard station along their route from Anchorage and Juneau, which was standard procedure, and it was speculated that the plane’s radio had perhaps somehow become inoperable. Oddly, there was chatter at the time from some ham radio operators in Northern California that they had received transmissions from the downed plane that claimed that there were survivors, but this led nowhere as it could not be confirmed and the location of the alleged mysterious transmissions remained an enigma.

Another weird lead came when the Coast Guard received an anonymous call in the wake of the crash from a man who claimed that he had used advanced experimental electronic equipment to locate the actual crash site. After giving detailed coordinates, the Coast Guard deemed him a credible source and pursued it. The man was heavily interviewed by authorities and his information was considered reliable, but it is unknown whether they actually followed up on it or whether it led anywhere, and it seems the whole thing was just sort of swept under the carpet. This is all very odd, but it isn’t even the oddest of the clues that surrounded the vanishing.

Just months before the doomed flight, Alaska had passed a state law that required all small commercial aircraft to have an Emergency Locator Transmitter, which would have sent out a distress signal in the event of a crash or emergency. Not only was no concrete signal from this type of transmitter received, but there would turn out to be some mysterious clues surrounding it. When authorities investigated whether the plane had even had a transmitter or not as required by law, they found that the one that should have been aboard N1812H had been left behind at the Fairbanks residence of pilot Jon Jonz. This was particularly weird not only because he was a professional pilot and should have remembered something like that, but witnesses would later insist that they had in fact seen Jonz carrying a transmitter on board, but that it had been a different color. Why would he have had a transmitter of the wrong color and left the proper one back at his apartment? No one really knows. 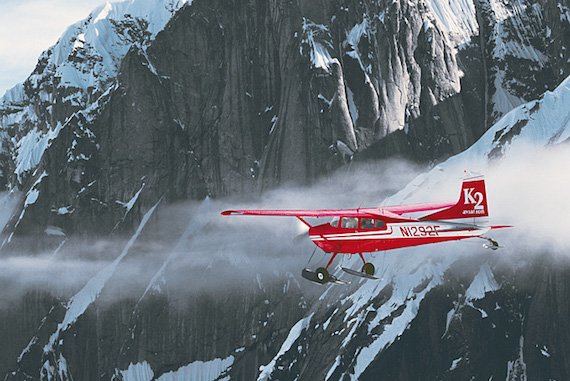 Considering the strange clues of the bizarre case, it has become a breeding ground of conspiracy theories. The favorite is that this was all orchestrated by nefarious parties due to the involvement of Boggs in the Warren Commission, which was charged with investigating the 1963 assassination of John F. Kennedy and had come to the conclusion that it was all carried out by the lone gunman Lee Harvey Oswald. However, there is much talk that Boggs had disagreed with these findings and had sought to reopen the investigation, which had caused all manner of ominous things to happen to him in the years leading up to the tragic disappearance. In one sinister incident Boggs claimed to have been run off the road by a mysterious black, unmarked Lincoln Continental, but no investigation followed up on it. Then, just a year before his vanishing he would claim that the FBI had tapped his phones, and he even went as far as to call for the resignation of J. Edgar Hoover. The FBI, of course denied it, and there is no way to know if they really did tap Boggs’ phones or if it would have had anything to do with the Warren Commission. Was N1812H intentionally sabotaged and downed to stop Boggs’ probe into the JFK assassination? If so then by who, and why would anyone want to cover it up?

Another conspiracy theory is that it was not Boggs who was the target at all, but rather Nick Begich. In a plot like something out of a movie, it turns out that Begich’s widow, Peggie, would briefly marry a known mafia hitman named Jerry Max Pasley, who she had been secretly dating on the side even before the disappearance, and who ended up going to prison in 1994 for murder. Pasley then made several confessions to various crimes and gave details to some unsolved murders, but the strangest confession that he had was that he claimed that in 1972 he had smuggled a bomb into Anchorage, Alaska, and been told by his contacts that something big was about to go down, with the plane vanishing shortly after. In later years he would be informed by one of these contacts, who turned out to be a friend of Peggy’s, that the bomb had indeed been placed on N1812H.

Rather interestingly, when the Anchorage Police Department decided to take this potential groundbreaking information to the FBI, they received no cooperation whatsoever, and indeed the whole case was ordered to be shut down immediately. More evidence of a conspiracy and cover up? Was Pasely telling the truth at all? Why wouldn’t the FBI more aggressively pursue this spectacular potential lead in breaking the case? Who knows? It all just further serves to mire the case in murky conspiracies and assassination plots, with no way to really know for sure how much truth any of it holds.

Of course in addition to this conspiracy and intrigue, there is also the idea that the plane simply crashed. On the day in question, although the Cessna took off in fair weather, this changed for the worst towards the end of the flight, with rain, ice, fog, and turbulence in the vicinity of Juneau. It is possible that, despite Jonz’s experience, the plane could have crashed into a mountain or even into the Prince William Sound. If it had crashed into the sea, this theoretically could have disrupted the signal of the plane’s emergency transmitter, and sinking to the bottom in the frigid water could have made sure it was kept hidden from search efforts. Also confounding matters would be the extreme remoteness of some of the terrain where the plane went down, which could confound even a search of this magnitude.

It is certainly a possibility that this was just a freak accident, but we are still left with a lot of strange clues and questions fluttering about that have not really been satisfactorily explained or answered. What about the lack of any distress call or check in with the coast Guard station? Why was the plane’s emergency transmitter left at Jonz’s apartment and what was the nature of the one he was seen boarding the plane with? What were the two distress beacon hits that searchers picked up but were unable to locate? What was that transmission picked up by the ham radio operators? Who was the anonymous man who claimed to know where the plane was, but who also just seems to have dropped off the radar of the investigation without explanation? What about Pasley’s testimony, does it mean anything at all? Nothing really seems to tie it all together completely, and in the end we have no idea is this was just a crash or a conspiracy to kill Boggs, Begich, or both. Something happened to that plane and those men, but what exactly that might be remains a mystery, neither the plane nor the men have ever been found, and it has gone on to become one of the most famous disappearance cases in Alaskan history.