Archaeologists unearthed hundreds of Bronze Age weapons on a building site in Havering, east London, near the banks of the River Thames. They found a total of 453 bronze items that date back almost 3,000 years and could have been used as offerings to the gods as that was a common tradition during the Bronze Age. The items include swords, axes, spears, daggers, rings, and copper ingots that date back between 800 B.C. and 900 B.C.

Since the items were all grouped together, experts think the site was once used for a weapons shop or for blacksmiths, although it’s still quite possible that they were put there as a religious offering. Another possibility is that the water levels were rising due to climate change and when people had to flee their homes, their weapons could have been buried. One very interesting fact about the items is that they were almost all broken and/or damaged.

The group of items has been named the “Havering Hoard” and it adds a bit more information to the story about how the people in London lived during the Bronze Age. “This extraordinary discovery adds immensely to our understanding of the Bronze Age life...,” said Historic England chief executive Duncan Wilson.

Kate Sumnall, who is the curator at the Museum of London, also gave her thoughts on the discovery, “Hoarding is something we see a lot of in the late Bronze Age. We don’t have all the answers. Our knowledge of the Bronze Age is quite fragmentary.” She went on to say, “But every time we find something it gives us another piece in that jigsaw puzzle.”

Britain’s Bronze Age started around 2000 B.C. and went on for almost 1,500 years. Advanced bronze weapons, tools, and pots contained 10% tin and 90% copper which were brought there from continental Europe. 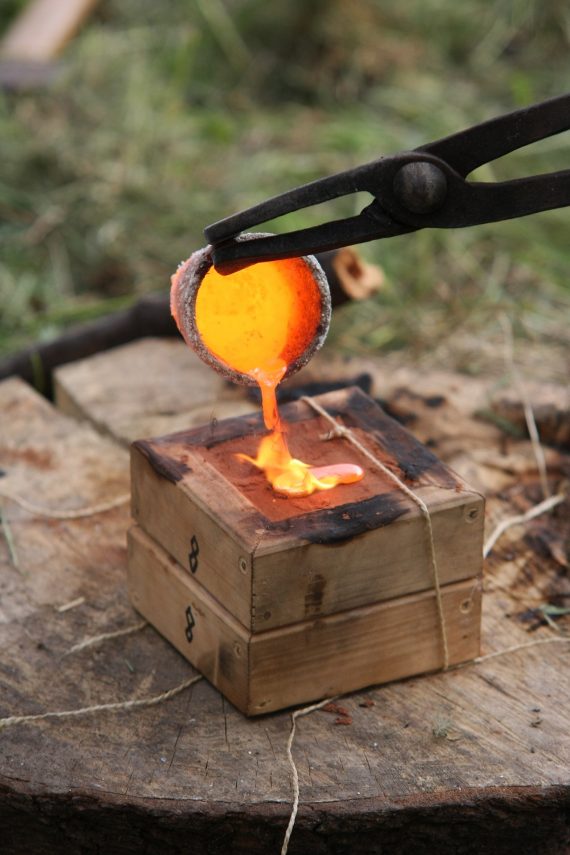 Earlier this year, the discovery was officially declared as a treasure. In fact, it is the largest Bronze Age discovery ever to be found in London and the third largest in all of the United Kingdom. The public will be able to view this extraordinary find at the Museum of London starting in April of next year.

Your Brain Doesn’t Want You to Think About Death