In a Rare Case of the Lazarus Syndrome, a Woman is Declared Dead Twice

“The man who had been dead came out with his hands and feet bound in strips of linen, and his face wrapped in a headcloth.”
John 11:44

Dr. Dasari Harish, head of the forensic medicine department at the Government Medical College and Hospital (GMCH)-32, told the Times of India that the case was discussed at a recent conference. Doctors at the Government Multispecialty Hospital (GMSH)-16 in Chandigarh (a city and a union territory in northern India) declared a 45-year-old female patient dead due to chronic obstructive pulmonary disease – an inflammatory lung condition that obstructs breathing. Dr. Harish says the doctors followed proper protocols when determining the time of death at 10.30 pm and placed what they thought was a corpse in an ambulance three hours later to be transported to the home of her relatives for the funeral. However, “signs of vitality were noticed by the relatives while transporting her body,” said Harish.

“They immediately unpacked her and brought to our hospital at 5:58 am. We were not even informed that she had already been declared dead by the previous hospital. After resuscitation and treatment, she was declared dead at 7:30 am in GMCH.” 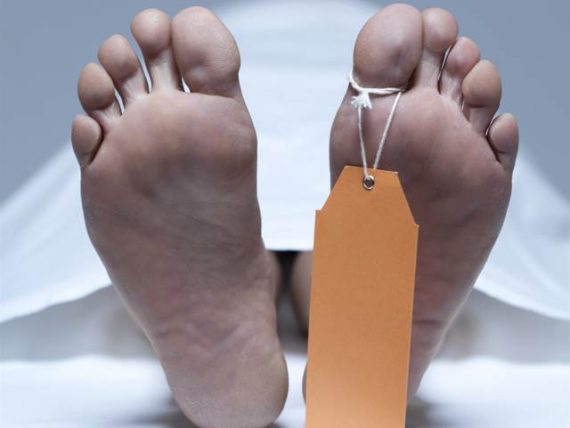 As Dr. Harish pointed out, the woman had been declared officially dead by other doctors following proper protocols. Yes, doctors have been known to close ranks when controversy occurs, but the Lazarus Syndrome muddies the saline solution here. According to a US National Library of Medicine National Institutes of Health report, the Lazarus syndrome or Lazarus heart or 'autoresuscitation after failed cardiopulmonary resuscitation', is the “the unassisted return of spontaneous circulation after cardiac arrest.” There is some thought that the heart could be stopped by pressure built up during cardiopulmonary resuscitation (CPR) and the heart may start beating again after the pressure is relieved. According to the Emergency Medicine Journal, it may also occur due to high doses or adrenaline (epinephrine) or the recreational ingestion of high doses of heroin and ecstasy. It doesn’t appear that any of these were the case with the poor woman in India. So, what caused this 38th case of the Lazarus Syndrome?

“We found it evidently as the first case of Lazarus phenomena from India. There are no certain reasons, but it is believed that some lifesaving drugs giving for resuscitation have a prolonged effect and perhaps rarely some patients can again come back to life and die again within 2-3 hours.”

Needless to say, that ambulance will have plenty of lawyers chasing it from now on.

The Bizarre Case of the St. Johns River Monster