Considered to be one of the new Seven Wonders of the world and an iconic symbol of the Incas, Machu Picchu stayed hidden from the outside world for centuries because of its remote mountaintop location. The fortified estate was built in the mid-15th century by Inca emperor Pachacuti 2,430 meters (7,970 ft) above sea level on southern Peru’s Eastern Cordillera mountain ridge. While experts in Inca culture speculated Pachacuti built it at that remote mountain location as a symbol of power and for religious purposes, no actual cause has been proven … and the mix just got a little messier. A new study suggests Machu Picchu is where it is for geological reasons and they’re not at the top of the mountain but underneath it.

“Machu Pichu’s location is not a coincidence. It would be impossible to build such a site in the high mountains if the substrate was not fractured.”

At the Geological Society of America annual meeting held recently in Phoenix, Rualdo Menegat, a geologist at Brazil’s Federal University of Rio Grande do Sul, presented the results of a detailed geoarchaeological analysis that suggests the Incas intentionally built Machu Picchu and other cities at the intersection of tectonic faults. A pre-conference press release explained the why-didn’t-someone-think-of-this-sooner methodology Menegat used -- he took satellite images of fault lines and known fault zones below and around Machu Picchu and overlaid a map. It was quickly apparent that many of the faults, from large to tiny, appeared in two lines forming an ‘X’ with Machu Picchu in the middle. Was there an Inca word for ‘Bingo!’? 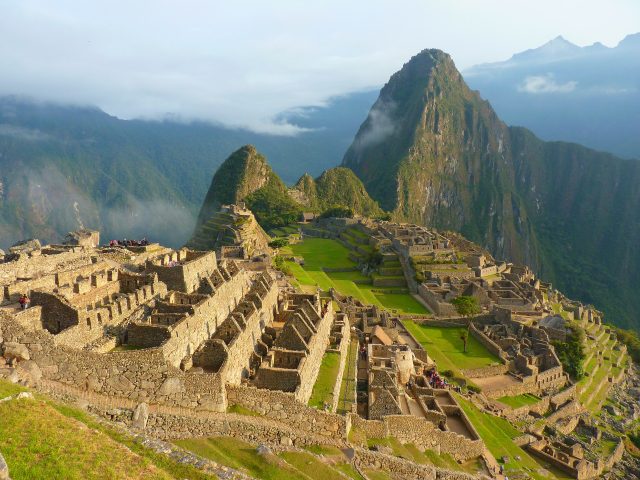 Obviously, putting a mountain between your estate and two major earthquake-generating fault lines was a big part of why Emperor Pachacuti picked this location … but it was far from the only reason. The stone buildings use no cement – the stones fit so tightly together that a sheet of paper can barely fit between them. That required hauling a lot of stones to the site and those two intersecting fractures broke up enough rocks that there were plenty for the masons to choose from. Surprisingly, Menegat is not the only person who knows about the intersecting fault lines – the Incas knew about them as well. The giveaway was that that Machu Picchu's main sectors, buildings and stairs all lined up with the X as well. This alignment was more than symbolic:

“The area’s tectonic faults channeled meltwater and rainwater straight to the site. About two-thirds of the effort to build the sanctuary involved constructing subsurface drainages. The preexisting fractures aided this process and help account for its remarkable preservation.”

So, the underlying faults both supplied the area with water and drained it away. Obviously, despite their propensity for human sacrifices, the Incas were a pretty smart culture … and not just in the Machu Picchu area. Menegat expanded his fault maps and found that the ancient cities of Ollantaytambo, Pisac, and Cusco are also strategically located at fault intersections and aligned with the fissures. 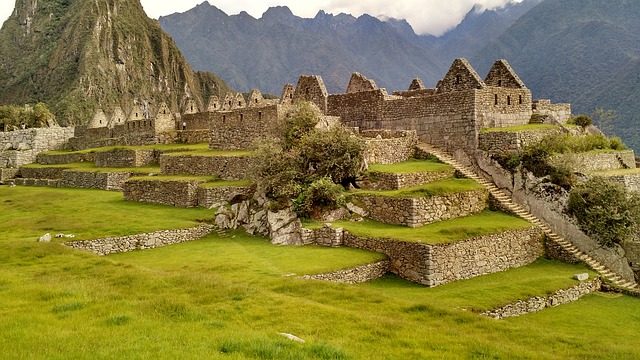 One thing Menegat’s discovery doesn’t explain is the disappearance of Machu Picchu’s residents just 80 years after it was built. The prevailing theory blames it on the arrival of the Europeans. While there’s no evidence the Spanish conquistadors ever found Mache Picchu, it’s likely that their smallpox did. The jungle took over the village before any other residents could, preserving it until modern times for us to admire and study it. That’s a good thing because we’re learning that the Incas were more than the fractured history passed down by the invaders and the survivors, as Menegat concludes:

“Machu Picchu clearly shows us that the Incan civilization was an empire of fractured rocks.”

Alaska and the Mysterious Vanishing of a Cessna and Three Politicians