Martian Civilization, A Martian Princess, and the Time a Lawyer Tried to Radio Them

In this day and age of concerted exploration of Mars we have encountered mysteries to be sure, yet it has mostly turned out to be a lifeless rock to our best estimates so far. Yet, there was a time when the Red Planet was a prime candidate for thriving alien civilizations and a source of wonder for the masses. We didn't know what was up there, and this uncertainty created a fertile environment for the imagination, as well as the fuel for countless daydreamers and researchers. One of these was a well-respected lawyer from London, who not only believed that there was life up there, but that he was in contact with them and could establish radio contact between our kind and theirs.

Our strange story here revolves around a London lawyer by the name of Dr. Hugh Mansfield Robinson, who in the 1920s was interested in quite a few things beyond simple lawyering and legal cases. Robinson had long been obsessed with the planet Mars, which was understandable considering that this was an era when the Red Planet was well entrenched within the public consciousness, with the discovery of “canals” on Mars in 1877, and H.G. Wells’ iconic 1898 War of the Worlds looming large, and many respected scientists claiming that there was life up there, with Nikola Tesla even having claimed to have received signals from Martians in 1901. For Robinson’s part, he took it all a bit further out into the fringe, as not only was he convinced that the planet Mars had life, but that he had been in telepathic contact with Martians for years, in particular one woman from there.

Robinson said that he had had frequent communications with one of the women of Mars, an exalted Martian princess no less, who he called Oomaruru, and who had apparently taught him a great deal of information about their planet and ways of life. According to him, he had been informed that the Martians were not all that dissimilar to ourselves. They lived in houses, had vehicles akin to our cars, and were mostly peaceful and just wanting to go about their lives. As to their physical appearances, Robinson would say that the males were typically an imposing 8 feet in height, the females slightly smaller at 6 to 7 feet, and that they had “large ears sticking out on each side of the head, a huge shock of hair massed high, and a Chinese cast of features.” Their society was said to be based on a caste system, and that the lower castes were even different in appearance to the higher ones, much more primitive looking and with “heads shaped like a walrus.” 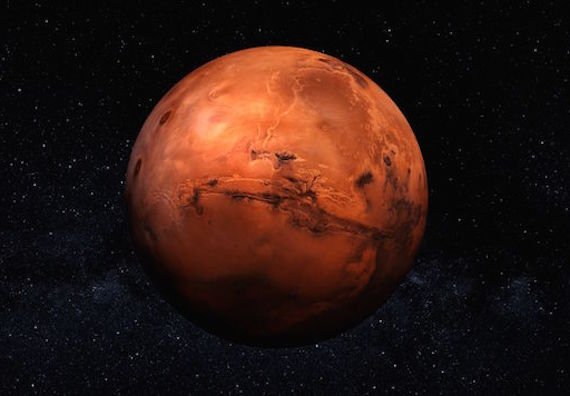 He claimed that he had first made contact with Oomaruru since 1926, and that he had created a device called the “Psychomotormeter” though which they spoke. He would even say that he had traveled to Mars via astral projection with her. He would arrange a séance through psychic researcher, Harry Price, along with a medium named St. John James, and during this session it was claimed that the Martians had conveyed their alphabet, which was described as looking like childish scribbles. The Martian woman Oomaruru was even said to have sung a Martian song through the medium, of which Price would say:

If the song was not Martian, it was certainly ‘unearthly,’ and sounded rather like a solo by a crowing cock. There was nothing musical about it.

These instances of supposed communication with the Martians were all exciting enough, but Robinson really wanted to take it all to the next level, and he became increasingly fixated on trying to use the ever advancing radio technology of the time to send a message to them. He claimed to have made arrangements with his Martian princess to send a radio message and have her pass it on the the entire Martian civilization, and so he went about trying to get this message sent. In 1926 he chose to make his move, as this coincided with Mars being closer to Earth than usual. He went right to a telegraphist and plopped down the message he wanted to send, which read “Love to Mars from earth,” followed by the mysterious words “Opesti, Nipitia, Secomba,” and although there were raised eyebrows, it was very apparent that Robinson was quite serious, even wanting to know how much it was all going to cost to send the message so far away. London’s Central Telegraph Office would say of his determination:

Dr. Mansfield Robinson is singularly serious in this business and we may expect other messages from him. I do not think we could have any conscience pricks as regards taking the money for he is perfectly sane and seems to have devoted his life to the study of possible intercommunication with the planet. 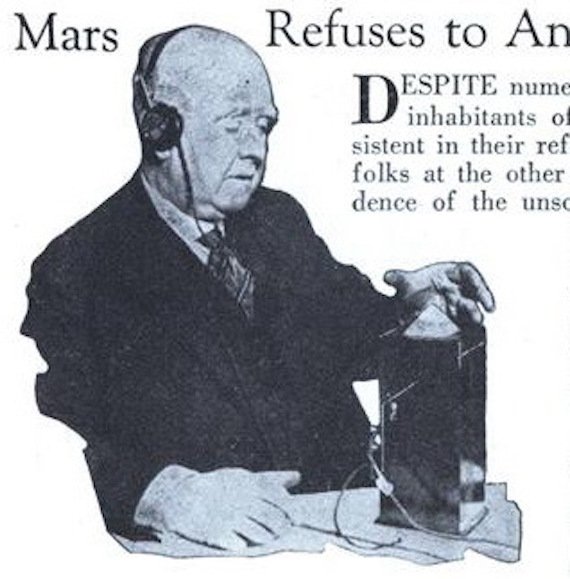 Money changed hands and the message was dutifully sent out into space towards the Red Planet, at a requested wavelength of 18,240 meters, thought to be that which the Martians operated on. After that, they sat back to listen, and by this time the story was running heavily in the news. This was a tale that combined the public’s fascination with Mars with the ongoing popularity of Spiritualism at the time, and it was all simply irresistible to the masses. Everyone seemed to be listening in together, but there were certainly skeptics at the time, such as the physicist Sir Oliver Lodge, who said:

When there was no response for the next two years, the undeterred Robinson paid to have a message sent once again, this one reading “Com Ga Mar,” meaning “God is Love” in Martian, which also went unanswered. While this seemed to prove that no one on Mars was listening, Robinson, who was still in telepathic contact, disagreed, and lamented that it was simply because the Post Office lacked the technology and equipment to adequately send the message, saying that they were unable to get the signal to go through and complaining:

The wave length of 18,700 meters used by the post office does not go through the heavy-side layer of rarefied air, and therefore signals are reflected around the earth. The Martians were very annoyed that the signals could not come to them. They were sitting up for hours to receive signals. They laugh at our scientists because they themselves have got rid of atmospheric troubles altogether, and yet we have not. 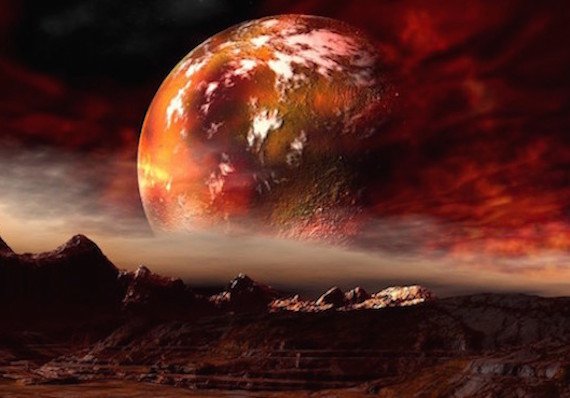 He would keep at it, going on to send a third message, this time from the Earth’s southern hemisphere, in Brazil. This didn’t work either, and Robinson became disillusioned, not because he thought there was no one on Mars listening, but because he was convinced that our Earth technology just wasn’t there yet. He resigned himself to the fact that he would just have to do with good old fashioned telepathy from there on out, and indeed he became more convinced that telepathy was perhaps the wave of the future for long distance communications. He started the College of Telepathy, through which he hoped to teach the next generation how to harness this latent skill, but he found himself attracting very few new students, and in fact at first he had a grand total of one student and a telepathic dog named Nell. It seems that Robinson only further derailed from there on out, going on to claim telepathic contact with more Martians, as well as the spirit of Cleopatra, who he claimed was actually living on Mars.

Such wild claims only served to distance himself from the public eye, and when he died in 1940 at the age of 75 he was mostly considered to be a quack and a weirdo. It almost certainly seems that the man had lost his mind somewhere along the way, perhaps taken in by all of the talk on the mysteries of Mars and sucked up into the Spiritualist fad of the time. However, it is all a rather fascinating look into another time, when such things were considered to be well within the confines of rational discussion, and it was not really all that incredibly strange to entertain the ideas of Martian civilizations, Red Planet goddesses, or to even ponder the possibility of telepathic communication with them. The story of Dr. Hugh Mansfield Robinson remains a delightfully weird little historical oddity, and a look at the lengths to which some people are willing to go to reach out beyond our understanding, no matter how misguided those attempts might be.