For those nostalgic for the days when NASA was the leader in space technology, not a former book vendor or an electric car builder, this may be good news. For those who fear that the apocalypse could be triggered by breaking the laws of physics, it may not. A NASA engineer has designed a “helical engine” which needs no propellant to achieve a physics law-busting near-light speed and published a paper describing the concept on an official NASA website that is getting the kind of attention and disbelief once reserved for the EM drive. Is this the warp drive engine we’ve been waiting for, the possible end of the laws of physics or just another fantasy which sounds more like something that Elon Musk might propose to Joe Rogan?

“A new concept for in-space propulsion is proposed in which propellant is not ejected from the engine, but instead is captured to create a nearly infinite specific impulse. The engine accelerates ions confined in a loop to moderate relativistic speeds, and then varies their velocity to make slight changes to their mass. The engine then moves ions back and forth along the direction of travel to produce thrust.”

Well, that explains it. If you need more information, perhaps to build your own helical engine in your garage for your Corvette, the paper written by David Burns at NASA’s Marshall Space Flight Center in Alabama is available on NASA’s Technical Reports Server, complete with graphs, charts, mathematical formulas and the usual caveats (“has not been reviewed by subject matter experts”) and some unusual ones (“Math errors may exist!”). Burns presented the paper at the AIAA Propulsion Energy Forum and Exposition in August where it was met with both interest and skepticism. 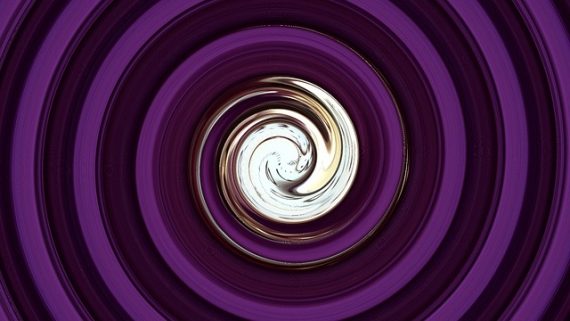 In an interview with New Scientist, Burns reassures us that his helical engine will not break any laws (other than speed limits) because it’s covered by Einstein’s theory of special relativity which says that “objects gain mass as they are driven towards the speed of light, an effect that must be accounted for in particle accelerators.” Burns’ engine is “helical” because it uses a particle accelerator which is shaped like a helix rather than a ring like in the Large Hadron Collider. That is certainly doable, as is the large size Burns says the engine would need -- 200 meters (656 feet) long and 12 meters (39 feet) in diameter. It also needs a frictionless environment, which means the helical drive can’t be tested until it’s already in space. Once it’s there, Burns thinks the benefits are extraordinary.

"This in-space engine could be used for long-term satellite station-keeping without refueling. It could also propel spacecraft across interstellar distances, reaching close to the speed of light. The engine has no moving parts other than ions traveling in a vacuum line, trapped inside electric and magnetic fields."

To deflect any criticism of NASA, Burns worked on his design in private and readily admits that “math errors may exist” and the chances that it won’t work are high.

"I know that it risks being right up there with the EM drive and cold fusion. But you have to be prepared to be embarrassed. It is very difficult to invent something that is new under the sun and actually works."

That’s one philosophy David Burns shares with Elon Musk and Jeff Bezos. If he had their money, he might one day share their success too. Instead, he's trying to bring NASA back to its glory days. Let's hope he does.

George Adamski and His 1959 Trip to New Zealand