New Movie About Fr. Malachi Martin and an Exorcism at Fort Bragg

Fort Bragg, North Carolina, is one of the best-known military bases in the world, both for having the largest population (over 50,000 active duty personnel) and for being the headquarters of the United States Army Special Operations Command. That’s obviously what the Pentagon would prefer it to be renowned for, not a little-known exorcism allegedly performed on a Special Forces soldier at the military’s request by the late Fr. Malachi Martin, a radical former Jesuit and writer whose book, “Hostage to the Devil,” recounted five other exorcisms he performed. A planned based-on-a-true-story supernatural thriller about the incident at Fort Bragg (the current working title) will make his total six … if it gets made. Will the Pentagon allow it?

“The Blackcoat’s Daughter” director Osgood Perkins has signed on to write and direct the supernatural thriller “Incident at Fort Bragg” for Lionsgate.

The project is inspired by the true story of Irish priest Malachi Martin, who was brought in by the U.S. government to perform a sanctioned exorcism on a young soldier at Fort Bragg, N.C., the largest military installation in the world.

That’s a lot of supernatural and exorcist firepower behind this film, announced recently in Variety. “The Blackcoat’s Daughter” was about nuns who are also Satanists and Osgood (Oz) Perkins gets his name from his dad, Anthony Perkins, who played Norman Bates in Alfred Hitchcock’s "Psycho" and a few of its sequels – Osgood himself played a 12-year-old version of Bates in "Psycho II." “The Exorcism of Emily Rose” was loosely based on the true story of a priest accused of negligent homicide after he performed an exorcism. However, the meat of the Fort Bragg exorcism movie will come from whoever plays Father Martin (at one point, Mark Wahlberg was rumored to be the choice), how much will be revealed and will the Pentagon and Fort Bragg cooperate or attempt to block it. 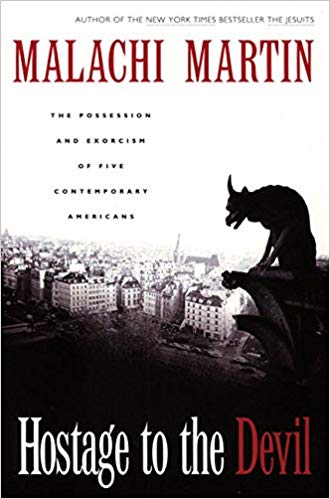 “It makes out exorcism to be a sort of combination of Frankenstein and Dracula with a lot of green goo and windows breaking and bodies flying, and it’s much more terrible and lethal than that.”

Fr. Malachi Martin said that about the exorcism portrayed in “The Exorcist.” He died in New York in 1999 after leaving the priesthood. A close friend of Pope John XXII, Martin wrote books about the Jesuits and the Dead Sea Scroll before revealing his exorcist experiences in “Hostage to the Devil,” which sold well coming out right after “The Exorcist” film. An article about “Incident at Fort Bragg” in the Fayetteville Observer links Fr. Martin to Robert A. Marro Jr., a friend and CIA agent who claims he knew about the exorcism. Marro is said to have contacted the producers with the story.

“Specifically, the publication said the claim was that Special Forces soldiers started “exhibiting signs of possession” by speaking in different languages and having “superhuman” strength. The publication states “one incident” involved a female officer.”

The “publication” referred to in the Fayetteville Observer is the UK Times. The Fayetteville Observer says its online archives do not report any exorcisms at Fort Bragg. Military.com speculates it would have taken place sometime between the early '60s and Martin’s death in July 1999. That’s a pretty broad range. Martin left the priesthood in 1965, but there’s no need for an exorcist to be a cleric, just to be trained in the procedure. “Hostage to the Devil” came out in 1976 and recounts five exorcisms which Martin allegedly performed. Did he also do the Fort Bragg exorcism during that flurry of casting out of demons or was he called in after the book publicized them? Will the Pentagon and/or Fort Bragg confirm, deny or ignore the alleged incident? 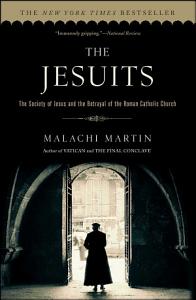 ''There are 'moles' in the Vatican informing Moscow. I see these two great institutions in danger -- the Roman Catholic Church and the United States. A pope cannot be impeached. . . . It was my duty as a Catholic and an American to reveal the secret negotiations now going on. Silence would have been the highest treason.”

In his obituary, The New York Times quotes Martin’s 1978 interview with the paper about his views on world politics, the Catholic Church and relationships between it, the U.S. and Russia.

Based on what is going on today, perhaps THAT would make a better movie than “Incident at Fort Bragg.”