New Theory of Everything: Our Universe Might be Made of Tiny Bubbles That Each Hold Other Universes

There's a new "theory of everything" in town and it's a sudsy one. What if spacetime (i.e. the whole thing we call "reality") isn't an infinitely large room full of some things and a vacuous void in between, but instead an infinite foam of bubbles at every point in spacetime, all containing their own universes, each living and dying all at once. Yes, I know you thought of that once sitting around a campfire on acid. We all did. But it turns out to be science, too.

The spacetime-foam explanation for what's really going on here was first proposed by physicist John Wheeler in 1955. He posited that spacetime, at a quantum level, was made of foam of tiny bubbles constantly in flux. Recent work expanding on Wheeler's bubbly proposal has come up with the idea that these bubbles are miniature universes going from big-bang to heat-death (or vice-versa, but we'll get to that) in an imperceptible amount of time. It sounds ridiculous, but it solves a lot of problems facing modern physics.

Albert Einstein's theory of general relativity is pretty good, but it has some problems. It doesn't seem to hold up when describing the universe at large. The general relativity description of "what is the universe?" contends that its basically a trampoline that extends in all directions. That would explain gravity: if you place a bowling ball of a trampoline and then roll a marble onto the trampoline, the marble will be pulled towards the bowling ball. It makes sense, but if you take this model and apply it to the entire universe it starts to fall apart. Einstein found that he needed a "cosmological constant," a force that acts as the opposite of mass, energy, and gravity to counteract the force of gravity. In other words, the cosmological constant would be the tension of the trampoline.

Then we found that the universe was not only expanding but accelerating, and the idea of a cosmological constant stopped making sense. Instead, physicists replaced it with a vast amount of invisible dark energy.  And then it turned out that most of that invisible energy that quantum field theory predicted is missing. So now it's suds.

Theoretical physicist Y. Jack Ng at the University of North Carolina, Chapel Hill retold one of John Wheeler's analogies of a bubbly universe to Vice:

Imagine yourself flying a plane over an ocean. At high altitudes the ocean appears smooth. But as you descend, it begins to show roughness. Close enough to the ocean surface, you see bubbles and foam. Analogously, spacetime appears smooth on large scales; but on sufficiently small scales, it will appear rough and foamy.

Professor Steven Carlip at the University of California, Davis published a paper in September that argues the bubbles in spacetime foam hide the cosmological constant. His work suggests that every point in spacetime has a huge amount of vacuum energy as quantum field theory predicts,  but behave differently from one another. He says that for every bubble there is another bubble somewhere else doing the exact opposite. These opposites cancel out the energy from all the little expansions and result in the lowered energy level observed in the universe as a whole.

This explanation also requires us to accept that time, as we understand it, is meaningless. Which is pretty well accepted in the scientific community—the so-called "arrow of time" is essentially an illusion. Carlip says:

“Most physicists would agree that we don't know at a fundamental level why there's an arrow of time at all. The idea that it's somehow 'emergent' on larger scales has been around for a long time.”

Another paper, published in August by Qingdi Wang and William G. Unruh at the University of British Columbia, suggests that every point in spacetime is moving from a singularity to a big bang and then expanding and contracting like a tiny version of our universe endlessly on repeat. It should be noted that a structure in which every point reflects the whole is called a hologram. 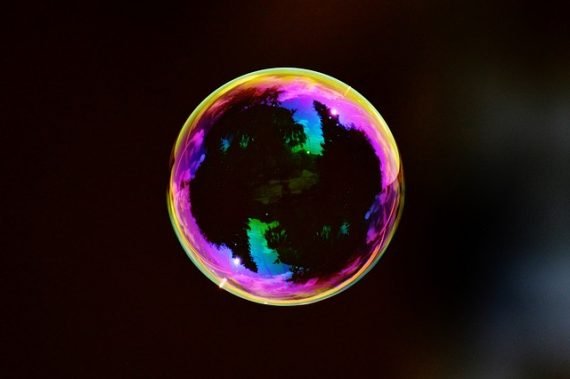 “Eventually what I’d like to explore and, more importantly, what I would like to encourage others to explore, is to go beyond the consideration of spacetime foam, and to see whether both quantum mechanics and gravitation are emergent phenomena, and whether thermodynamics (whose protagonist is entropy) holds the key to understand the laws of nature."

Could everything be explained with bubbles? There's still a lot of work to be done testing the various takes on cosmic foam, but Ng believes that a theory of everything is within reach. As far as explaining away the mysteries of the cosmos goes it's a pretty good one. After all, bubbles are fun.

New Movie About Fr. Malachi Martin and an Exorcism at Fort Bragg