People Who Vanished Into Thin Air at the Michigan Triangle

There are certain bizarre realms upon this earth that draw to them mysteries, and these have become quite a focus for the world of the paranormal. One such place lies within the United States, and is ground zero for all manner of strange phenomena including UFOs, missing planes and ships, and indeed vanished people. The mysterious locale known as the Michigan Triangle is an area said to stretch from Ludington to Benton Harbor, Michigan, and to Manitowoc, Wisconsin, and since at least 1891 it has been the site of all manner of strange disappearances of boats and planes, and has also become an area known for its UFO activity and other various strange phenomena. The place has become almost legendary among paranormal investigators, with the ships and aircraft that have vanished here drawing comparisons to the more famous Bermuda Triangle, but it is not only these vessels that have seemingly disappeared into thin air here, and the Michigan Triangle has its share of people who seemed to have just stepped off the face of the earth as well.

The tale of one of the strangest disappearances on record in the area revolves around a young man named Steven Kubacki, who in February of 1978 was a student of German at the time, and decided to take a ski trip to the Lake Michigan area, USA, in February of that year. He set off in good spirits, and there was nothing to indicate that anything was amiss, but Kubacki would not come home as scheduled. A search would be launched shortly after, but all that could be found were the missing man’s skis and poles on the shore of the frozen lake, as well as a set of footprints thought to be his, which oddly seemed to abruptly stop at the edge of the lake. Of Kubacki himself there was no sign, and the whole scene gave the impression that he had just walked out to that spot and evaporated into thin air. Oddly, the following day the man’s missing backpack would show up right in the center of an area that had already been extensively searched, deepening the mystery of it all. 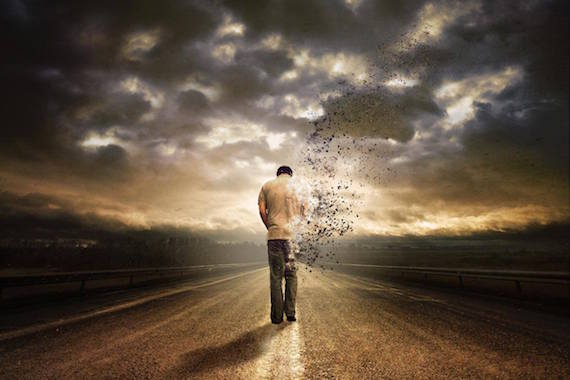 There were no further clues, no hints as to what had become of Kubacki, and he was largely thought to have died out in the wilderness, perhaps having fallen through the ice of the lake to drown, but things would take a sharp right turn into the truly bizarre when on May 5, 1979, exactly 15 months after Kubacki’s vanishing, he suddenly appeared at his parents’ doorstep, seemingly dazed and confused but otherwise in good health. Of course he was questioned extensively on what had happened to him, but bizarrely he could not remember much of where he had been, and indeed he showed very little awareness that that much time had even passed. What he could remember would push the cases further out into the fringes of the weird.

Kubacki claimed that he had lost consciousness at some point during his hike at Lake Michigan, and when he had woken he was lying in a field at a place called Pittsfield, a full 700 miles from where he had started. What made it all stranger was that he had been dressed in unfamiliar clothes that weren’t his, and next to him had been a bag that also wasn’t his, filled with maps he did not recognize. After this Kubacki would refuse to comment on his experiences, and it has never been adequately explained.

While this is an earlier account of a vanishing in the so-called “Michigan Triangle” it is not the only one by a long shot, and such cases have been reported all the way up into recent years. One of these is the mysterious disappearance of 30-year-old Christopher Hallaxs, who was well-known as a seasoned and experienced outdoorsman very familiar with the terrain of the area. On March 17, 2004, Hallaxs told everyone he was heading up to his remote cabin near the Tahquamenon Falls State Park, but he never arrived there. His concerned family soon reported him missing and a search was carried out by the Chippewa County Sheriff’s Department. 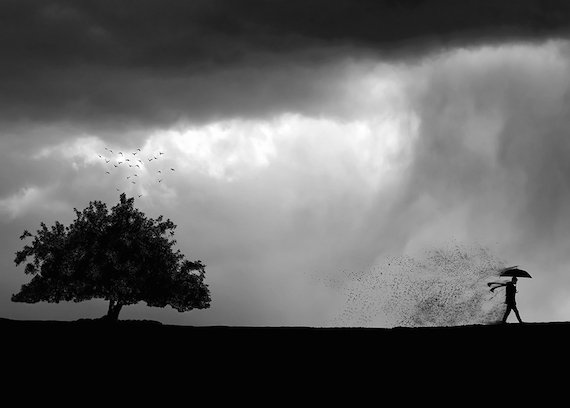 They were able to follow his snowshoe tracks for some time before they just suddenly stopped on the edge of a tangle of wooded swampland. It was considered very odd, because the missing man was such an experienced outdoorsman, to the point that he had even set up stashes of supplies and food throughout the area in the event that he ever got lost, but none of these had been touched except for one, which seemed to have been rifled through with nothing actually taken, its significance in the vanishing unknown. There was also found a spent shell casing from the man’s gun, but this was also a mystery and unable to be connected to anything. Hallaxs has not been seen since.

In the summer of 2008 there was a rather odd vanishing from the exact same area of Hallaxs’ vanishing, when 73-year-old Joe Clewley and his dog, Chip, seem to have walked off the face of the earth. Clewey had come from Florida with his wife, Loraine, to spend the summer at their cabin at the Higgins Lake area of Michigan, along the Tahquamenon River. On July 13, 2008, he drove up to the Tahqua Trail in the Tahquamenon Falls State Park to go hiking along with his beloved Chip. Along the way he called his wife and told her he would be back by 9 PM that evening, but he would never arrive.

When he was reported missing and police came in to investigate it was found that his van was unlocked and the keys were left inside, something he would have been unlikely to do, and which suggested he had made it back to the vehicle. What had happened after that was anyone’s guess. A massive search operation was launched, scouring 10,000 acres for miles around, but no clue of where the man or his dog had gone could be found. Then, on August 1, the dog Chip would inexplicably appear at the cabin, undernourished, but alive and none too worse for wear. Unfortunately, the dog could obviously not elaborate on what had happened and Clewey himself remained missing, and he has seemingly vanished into thin air. 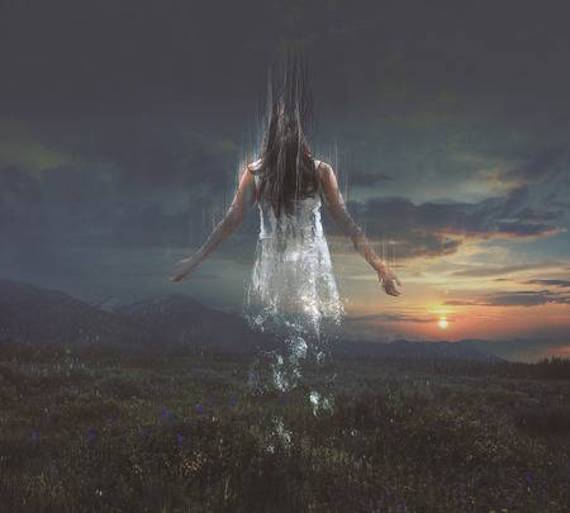 Coming right after the Clewey vanishing, on August 4, 2008, 35-year-old Derrick Henegan headed off to meet his pregnant girlfriend at a wooded area near Newberry, planning to meet up at a deer hunting blind in the trees. He is known to have started his walk to the meeting spot, but he would never show up, his increasingly worried girlfriend waiting for quite some time before notifying authorities. It would end up being assumed that Henegan had met up with some sort of foul play, as he had been thought to have been involved with unsavory characters, but no trace of him has ever been found.

Another vanishing in the area is even more recent. In the summer of 2013, 2-year-old Amber Rose Smith vanished from right in front of her home in Newaygo County, Michigan. According to the father, he had been watching her play with the family’s two dogs when he stepped inside for a moment to relieve himself. When he had gone back outside she was no where to be seen and would not respond to her name being called. The dogs appeared not long after without Amber. An intensive search involving hundreds of volunteers and emergency workers was launched to no avail, and the next day she was found around 2 miles from her home, standing in the middle of a road that had already been searched and staring into space. She was unable to express what had happened her, but seemed to definitely be in a state of shock and disorientation. It was odd since this was a 2-year-old girl and she had somehow managed to navigate her way through thick wilderness in frigid temperatures that had gripped the area that night. One sheriff named Brian Boyd said of the weird incident:

It’s hard to imagine how a 2 1/2-year-old can survive that distance through the woods with that kind of temperature. There’s some that aren’t convinced she walked that entire distance. Maybe she was dropped off. Those are things we might have to determine in the future.

These are still things we do not have an answer or explanation for, and Amber is either unable or unwilling to elaborate further. The explanations for the vanishings we have looked at here are varied. For some this is evidence of insidious paranormal forces plucking people away to unknown fates for reasons we will never fathom and were perhaps never meant to. For others this is all indicative of people simply getting lost in the woods. Yet, how do we explain cases like that of Kubacki, where a whole year of his life has gone missing, or come to terms with the odd clues that often orbit these disappearances? There is no way to know, and such cases merely add to the strange mystery that is the Michigan Triangle.

Scotland’s “Spookiest Property” Is Now Up For Sale