Anthony “Doc” Shiels is a wizard, surrealist, conjurer, and someone who may very well have mastered the art of performing what one might call real magic. Doc has performed rites and rituals that may – inadvertently, deliberately, or a bit of both – have opened doorways to other realms of existence that have allowed monstrous entities to intrude upon, and rampage around, our own world. Their names include the Owlman - a feathered, nightmarish, flying humanoid that terrorized the good folk of Mawnan, England - and a long-necked, supernatural sea-serpent known as Morgawr, which was seen off the coast of England on numerous occasions. Sightings of both began in the summer of 1976. Born in 1938, Shiels is part-“Wizard of the Western World,” part-trickster, part-stage magician, and playwright. He’s someone whose approach to monster-hunting hardly endears him to the field of regular cryptozoology (“regular cryptozoology,” of course, perhaps being the ultimate oxymoron!).

It’s not surprising, then, that this has all led more than a few observers to view Shiels’ words, findings, conclusions and photographs (of Nessie, no less) to be less than sound. Too bad for them. Those who hold such views have utterly failed to understand and appreciate what it means to be Doc Shiels. His is a world filled with a deep understanding of the genuine nature and power of magic (of both the chaos and ritualistic kind), the secrets of invocation and manifestation, of strange realms just beyond – and that occasionally interact with – our own, and that aforementioned Trickster-like phenomenon. Doc’s is also a domain where, when we dare to imagine the fantastic, when we decide to seek it out, and when we finally accept its reality (but not forgetting that it can be as manipulative and malignant as it can be illuminating and playful), we perhaps provide it with some form of quasi-existence in our very own world. In short, perhaps we give birth to monsters by the mere means of thinking about them and duly demanding they appear for us. All of which brings us to the matter of the Loch Ness Monster and the input of this master-magician.

The climax to the story concerning how Doc Shiels became part and parcel of the Loch Ness legend came on the afternoon of May 21, 1977. But, it’s the months preceding that momentous date we have to first focus our attention upon. It was during this period that Shiels hooked up with a collection of like-minded psychics, who called themselves the PSI: the Psychic Seven International. It was an ambitious project. One in which Shiels and a team of “sky-clad” (that’s to say, utterly butt-naked) witches performed complex rites, of a supernatural nature, on the shores of a variety of lakes in Ireland and Scotland that had monster traditions and legends attached to them. Shiels said that the goal of the PSI was to invoke the presence of supernatural sea-serpents and lake-monsters across the planet.

Very appropriately for such a project, the first attempt, which lasted for three whole days, commenced on January 31. It marked the date of the festival of Imbolc – which is one of the four, key festivals of the Irish calendar, and which is celebrated as winter gives way to spring. Originally dedicated to the Pagan goddess Brigid, in the early years of Christianity in the British Isles the festival was changed to St. Brigid’s Day and the legends of Brigid were reworked into the story of the Christian saint of the same name. The alternate name of the festival, in Scotland, is La Fheill Brighde. 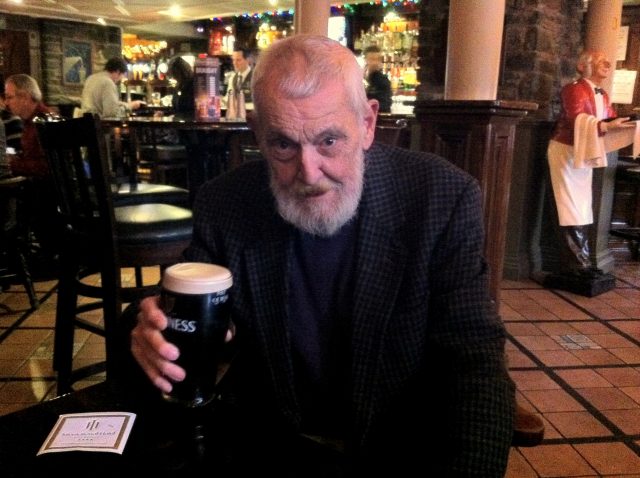 As history has shown, the rites performed by the members of PSI may very well have succeeded. Lake monsters and sea serpents were soon spotted in Lake Kok-kol, in eastern Kazakhstan; in Scotland’s Loch Morar; and even in the heart of the San Francisco Bay. On top of that, and of even greater significance, on January 31, there were no less than three separate sightings of a Nessie – by Pat Scott-Innes, a Mr. and Mrs. Alex McLeod, and a Mr. Fleming and his young daughter, Helen. Four months later, Shiels saw the fruits of his magical labors for himself – and in undeniable, spectacular fashion.

In May 1977, Shiels and his wife, Chris, took a train from their Truro, Cornwall, England home to the heart of mysterious, ancient Scotland. It was a trip destined to have an amazing and controversy-filled outcome. Matters all began early on the morning of Saturday, May 21. The Shiels, along with two friends, Richard and Lynn Smith of Carharrack, and a couple from the English town of Bolton, were standing and chatting on the car park of the hotel in which they were all staying: the Inchnacardoch Lodge, which overlooks Loch Ness’ Inchnacardoch Bay. Suddenly, Chris noticed something amazing: three significantly-sized humps that snaked through the waters of Loch Ness, in the direction of Fort Augustus. Whether one large creature or three entirely separate and smaller ones, it was impossible to tell, but the important thing was that something was there, for all six to see and marvel upon.

Disastrously, not a single one of them had a camera at hand – which was hardly a surprise, since their only reason for standing outside was to await the opening of the breakfast-area. Shiels considered making a dash for their hotel-room, but was thwarted from doing so when the three humps slipped beneath the waves and the beast, or beasts, was gone. It was something that mirrored the lessons learned by Ted Holiday: the Nessie and cameras are not always the best of friends. Shiels learned a cautionary lesson himself: he vowed never again to be camera-free while hanging out at Loch Ness. It was a very wise decision, as the events of only a few hours later spectacularly served to demonstrate. After partaking of a few pints of Guinness and a couple of single malts in the hotel bar, Doc and Chris walked towards Urquhart Castle, from the Lewiston road. As they did so, the pair noticed a number of curious wakes in the water, something which was a mild precursor to what was very quickly to follow.

Around 4:00 p.m. Doc decided to climb the castle’s old Grant Tower and scan the expansive waters that it overlooked. To Doc’s amazement, in just mere moments and as if right on cue, what appeared to be a very small head broke the surface of the loch. It was followed by a long, serpent-like, neck. The creature was clearly of a significant size, since the portion of the neck that could be seen was protruding out of the water to a height of at least four-to-five feet – never mind how much more was still underneath the water.  Interestingly, Shiels had a sudden feeling that the creature had actually readied itself to be photographed by him. He quickly snapped a couple of shots, which displayed the animal’s green-brown neck and its pale, somewhat yellowish front. The head was absurdly small and the mouth continually agape. In moments it sank beneath the surface of the loch. 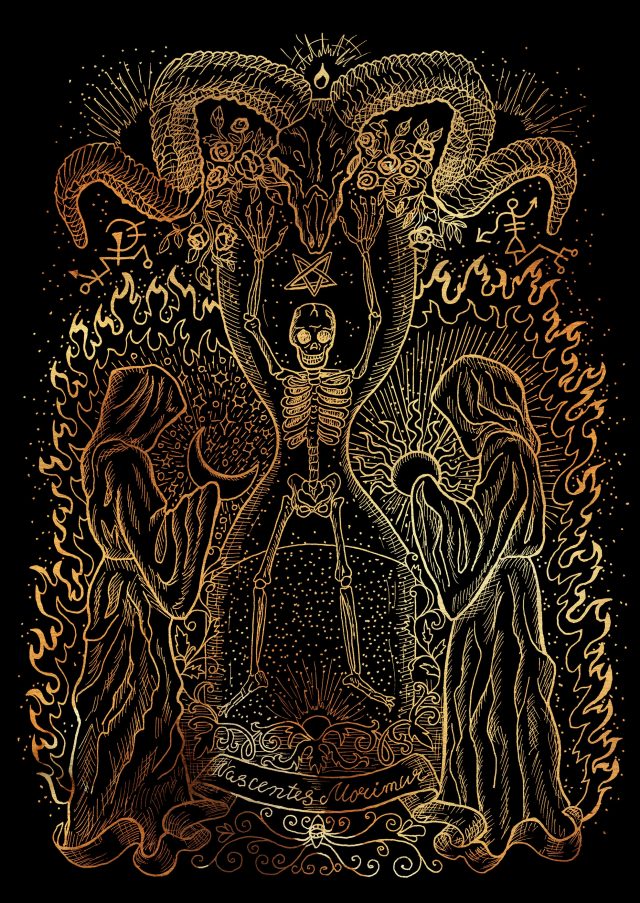 Doc was beyond delighted, as was Chris, when he quickly and excitedly told her of what he had just seen and photographed. Despite the pair diligently checking out the loch for the next few days, nothing else of a meaningful nature occurred. It was now time to head back home to Cornwall and get the photographs developed – as in quick-fire time. The reel of film was handed over to a local journalist and friend, David Clarke, who, in turn, gave it to Newquay Color Services, a company that did most of the developing for a local magazine Clarke worked on, Cornish Life. To the delight of David and Doc, the images looked near-perfect: Shiels had caught the beast in just about the best pose possible. Some suggested the best pose was just too good to be true, which is hardly surprising, given Doc’s reputation as a skilled magician and wizard. There are, however, strong reasons why we should not consider the photos to be examples of nothing stranger than expert fakery.

Doc Shiels quickly contacted another local journalist and friend, Mike Truscott, who immediately put a call in to the Glasgow, Scotland Daily Record newspaper, whose news-desk expressed major interest in Doc’s pictures. The photo-editor at the Daily Record, Martin Gilfeather, requested that Doc send – via train, for speed – both processed pictures for his team to see and study. It was wise of Doc, as it turned out, that he chose to only send one. To his credit, Gilfeather asked for the rest of the film to be sent, so that he could confirm Doc and Chris really had been in Scotland, and specifically at the loch.

A study of the negatives by Gilfeather demonstrated that the photos of the Nessie were taken exactly where Doc had claimed: at Loch Ness. Indeed, as the roll of negative showed, the two images were sandwiched right in between a variety of other shots of Loch Ness, Urqhuart Castle, and the Inchnacordoch Lodge Hotel. Gilfeather even phoned the hotel to get confirmation that the Shiels had stayed there. The owner confirmed they did, and on the very days in question. Impressed by all of this validation, it wasn’t long before the Daily Record published the story – as did the Daily Mirror, one of the nation’s biggest-selling newspapers. At this point things got very strange and dark.

As Shiels, himself, noted: “The newspaper promised to send all my pictures back at once, but it was almost two nail-biting weeks before I received the monster slide. My ‘holiday snaps’ had been ‘temporarily displaced.’ I haven’t seen them since. [Loch Ness Monster-seeker] Tim Dinsdale had warned me about this kind of thing.”