If you’re one of those people who believes the world needs more magic mushrooms, then you’ll be excited to hear this news -- a group of scientists has re-engineered a common bacteria to make it poop psilocybin, the psychedelic ingredient in magic mushrooms. Before you say “Ewww!”, think back to the time before you could afford to buy magic mushrooms from a ‘friend’ and had to go looking for them in a pasture. On what excretion from a cow did you find them?

“We are taking the DNA from the mushroom that encodes its ability to make this product and putting it in E. coli. It’s similar to the way you make beer, through a fermentation process. We are effectively taking the technology that allows for scale and speed of production and applying it to our psilocybin producing E. coli.”

While it should come as no surprise that this research was done at a college (Miami University in Oxford, Ohio), it’s nice to hear that E. coli (Escherichia coli) -- the intestinal bacteria that can cause food poisoning, gastroenteritis, urinary tract infections, neonatal meningitis, hemorrhagic colitis, and Crohn's disease – is getting a chance to redeem its reputation. Andrew Jones, an assistant professor in Miami’s department of chemical, paper, and biomedical engineering, led the research that resulted in a paper published recently in the journal Metabolic Engineering and summarized in a university press release.

“Psilocybin, the prodrug of the psychoactive molecule psilocin, has demonstrated promising results in clinical trials for the treatment of addiction, depression, and post-traumatic stress disorder. The development of a psilocybin production platform in a highly engineerable microbe could lead to rapid advances towards the bioproduction of psilocybin for use in ongoing clinical trials.”

Since it's tough to get official funding for studies of recreational drugs (so far), the team promoted the study using recent advances in the use of psilocybin for the treatment of addiction, depression and other conditions. Because it’s impossible to grow psilocybe cubensis mushrooms in the quantities expected to be needed once its clinical benefits are formally approved, Jones went searching for an inexpensive method of creating psilocybin and an inexpensive host. He found that combination in metabolic engineering (optimizing genetic and regulatory processes within cells to increase the cells' production of a certain substance) and a strain of E. coli that is safe for lab studies.

“What’s exciting is the speed at which we were able to achieve our high production. Over the course of this study we improved production from only a few milligrams per liter to over a gram per liter, a near 500-fold increase.”

Jones achieved that high level of economic production of psilocybin by using a process similar to beer brewing with a group that likes beer – college students. He recruited chemical engineering students for the 18-month project, which had a goal of transferring mushroom DNA to an E. coli host. Junior chemical engineering major and study lead author Alexandra (Lexie) Adams remembers the big moment.

“Once we transferred the DNA, we saw [a tiny] peak emerge in our data. We knew we had done something huge.” 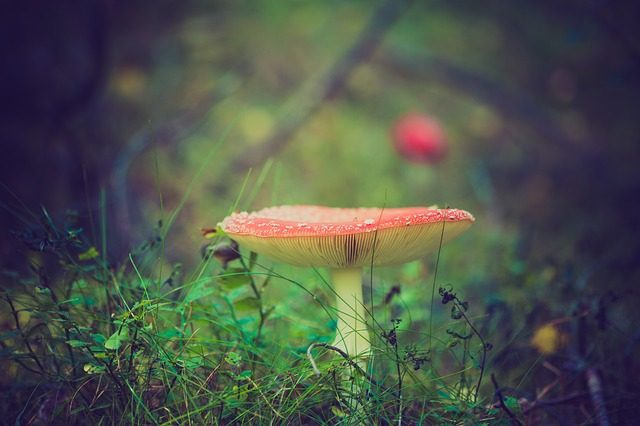 Well, the bacteria did something huge – it pooped out a huge pile of psilocybin. Of course, Adams explained it in more scientific terms in the paper:

“This is the highest psilocybin titer achieved to date from a recombinant organism and a significant step towards demonstrating the feasibility of industrial production of biologically-derived psilocybin.”

Progress in recognizing and gaining approval for the medical benefits of psilocybin is happening rapidly, so it would be a good idea to wait for that to happen rather than trying to brew some using your own E. coli (which is dangerous) or traipsing through the nearest cow pasture (which is illegal, at least in the U.S.).

In the meantime, singing along to 'White Rabbit' with Grace Slick always helps.

Storm Area 51 Continues: They Can’t Stop All of the Lawsuits