In an incredible new study, scientists have trained rats to drive and steer tiny cars, proving that they are much more intelligent than previously thought. The rats were trained to climb into the car, grip the handle bars with their paws, and drive the tiny vehicle to the opposite side of the track in order to get food.

A team from the University of Richmond conducted the experiments using the tiny car that was created from a clear plastic food container and was mounted on wheels with an aluminum floor and copper handle bars that worked like a steering wheel. For the vehicle to drive correctly, the rats had to climb into the car and stand on the floor while their front paws gripped the handle bars. Once they reached their destination, they were given fruit loops as a reward. Incredibly, the team was able to teach eleven males and six female rats to drive the tiny car on the 13-foot track. 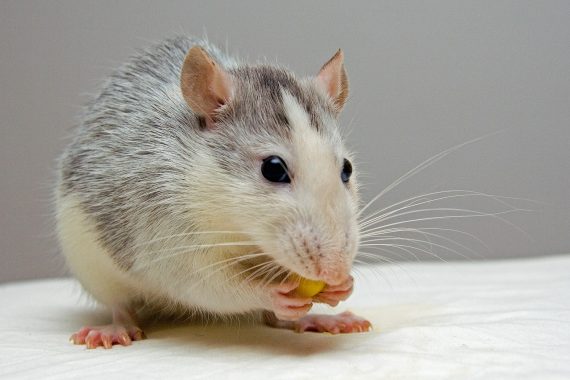 In addition to proving to everyone that they are much smarter than previously thought, the study also showed that going for a little drive actually helped to relax the rats. The team measured the cortisol and dehydroepiandrosterone levels in the rats and they noticed that their dehydroepiandrosterone levels increased while they were driving. That hormone counteracts stress which means that the rats were much more relaxed while they were behind the wheel of the tiny car. In fact, the rats that drove the car were less stressed than those in the passenger seat.

Kelly Lambert, who is part of the department of psychology at the University of Richmond and was a researcher in the study, told New Scientist that she had already believed that the stress level in rats lowers once they complete a hard task as they become satisfied with their accomplishment. She went on to say that she thinks she can create additional complex mazes for the rats so that the neuroplasticity of their brains can be further studied to see how well they respond to even tougher challenges. Videos of the rats driving and steering tiny cars can be seen here.

So, how intelligent are rats? They are known to be very social animals that are very attached to other rodents and can create special bonds with their owners. Additionally, they seem to react when others are in pain and they show signs of empathy.

They may also be ticklish, as they make chirping sounds when they are tickled. Jaak Panksepp, who is a neuroscientist at Bowling Green State University, said, “Young rats have a marvelous sense of fun.” He went on to say that they have even been known to bond with their human ticklers and really enjoyed the fun of being tickled.

Rats are also said to store the memories of their experiences in their brain, allowing them to have long-term memories. For example, when a rat completes a maze, the experience replays in its brain while it is asleep, as if dreaming of the path it took throughout the maze while it was awake.

And they are actually quite clean as they wash themselves on a regular basis. In fact, in a study conducted by the University of St Andrews in Norway, rats that help each other out are rewarded with a kind act in return. Rats that provided food to others were often groomed more by other rodents than those who didn’t help out at all. Additionally, more food was provided to the rats that were nice enough to groom them.

Lab-Grown Brains Could Be Aware of Their Horrible Existence, Scientists Warn