Scientists Identify The Hometown Of The First Modern Humans

A team of researchers used geology, physics and genetics to determine that the Makgadikgadi wetlands located to the south of the Zambezi River in northern Botswana was the original hometown of our Homo sapien ancestors.

Vanessa Hayes, who is from the Garvan Institute of Medical Research in Australia, said, “It has been clear for some time that anatomically modern humans appeared in Africa roughly 200,000 years ago.” She went on to say, “What has been long debated is the exact location of this emergence and subsequent dispersal of our earliest ancestors,” adding, “This is the first time the exact location has been identified.” The findings have been published in the journal Nature and can be read in full here.

Despite the Makgadikgadi wetlands area being home to mostly salt pans and a large desert today, back 200,000 years ago it had a huge lake that was approximately twice the size of Lake Victoria (Africa’s largest lake) which measures 26,828 square miles. The wetland also had a lush green landscape which would have allowed our ancestors to “thrive” according to Hayes. She went into further detail by explaining, “It was an extremely large area, it would have been very wet, it would have been very lush. It would have actually provided a suitable habitat for modern humans and wildlife to have lived.”

Homo sapiens remained there for approximately 70,000 years until most of them spread out to other locations due to climate change. That was when our ancestors moved to different areas in Africa before eventually migrating to other parts of the world.

Between 130,000 and 110,000 years ago, the first group of migrants traveled north, followed by a second group that went south west. A third group remained at the wetlands. They migrated because of two climate shifts called “green corridors”. 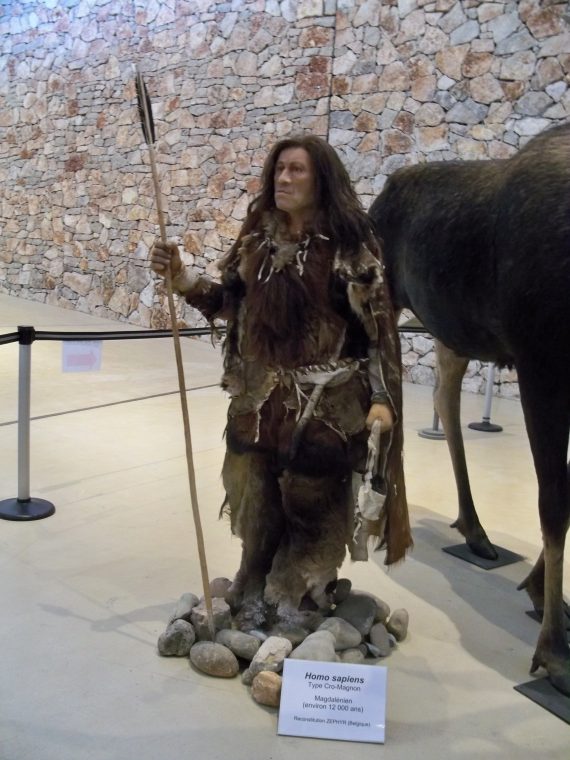 Axel Timmerman, who co-authored the study, said that 130,000 years ago was the same time period as the end of the Penultimate Glacial Period that caused a “major change in Earth’s orbit.” He explained, “In particular, the Southern Hemisphere summer is moving closer to the Sun,” adding, “It receives more sunlight and it’s also having more moisture. There is clearly a shift in climate and vegetation that allowed greater rainfall around 130,000 years ago.”

The additional amounts of rainfall created the first “green corridor” and that’s why some of our ancestors moved to the north east. Several thousand years later, around 110,000 years ago, after another “green corridor”, more of them decided to migrate to the south west. And eventually they ended up in different locations all around the world.

Private Company to Find and Chase UFOs Off the California Coast